The Santa Barbara County Sheriff’s Office released information on over 500 undocumented immigrants to Immigration and Customs Enforcement in 2017, Sheriff Bill Brown announced during the annual T.R.U.T.H. Act report and community forum on Tuesday. 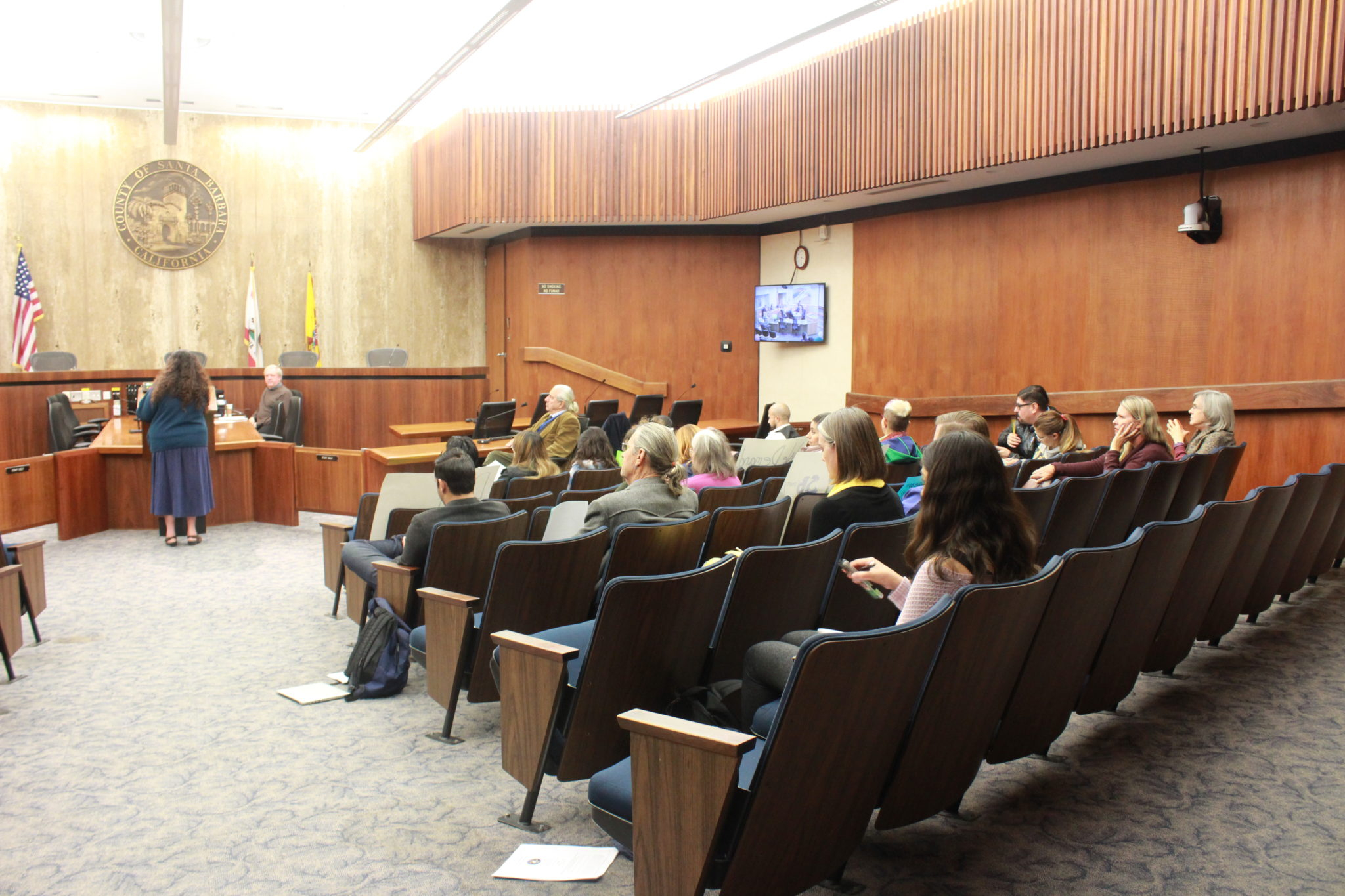 The T.R.U.T.H. Act – signed by Governor Jerry Brown in 2016 and implemented Jan. 2017 – requires local law enforcement to inform undocumented immigrants of requests from Immigration and Customs Enforcement (I.C.E.) to speak with them.

Sheriff Brown emphasized during the forum that the prison release dates were public in accordance with state law and are accessible to members of the public, and I.C.E., only if the resident’s name is known.

He also said that the release dates were public so that residents would be able to know when someone who had committed a crime against them would be out of jail.

Brown reported that the Santa Barbara County Sheriff’s Office (SBSO) released 15,241 inmates in the 2017 calendar year, and I.C.E. requested to be notified of the release dates of 526 of those inmates.

In Oct. 2017, Governor Brown passed Senate Bill 54, which restricted the authority of I.C.E. in regards to local law enforcement.

“[SB 54] curtails the use of state or local resources from engaging in immigration enforcement, effective in 2018, subject to a number of exemptions,” Sheriff Brown said during Tuesday’s forum.

“Instead of relying primarily on taking inmates from the county jail, they now have started to conduct field operations,” Brown said.

“[I.C.E.] may be after someone who is a criminal offender, but if that person has other people with them, [and] they determine that those people are undocumented aliens, then oftentimes they will [arrest them as well].”

Brown noted that this has only created more fear within Santa Barbara County.

“Most immigrants who are in our county, be they documented or undocumented, are good, hardworking people who are otherwise law-abiding. But it’s naive to think that every one of them is like that,” Brown said during the forum.

“The reality has shown that we have had some very significant crimes committed in our community by people who are illegal aliens. There should be a common desire for everyone to see that people who commit such crimes are members of gangs or who are predisposed to violence for a serious crime, to be removed from our community.” 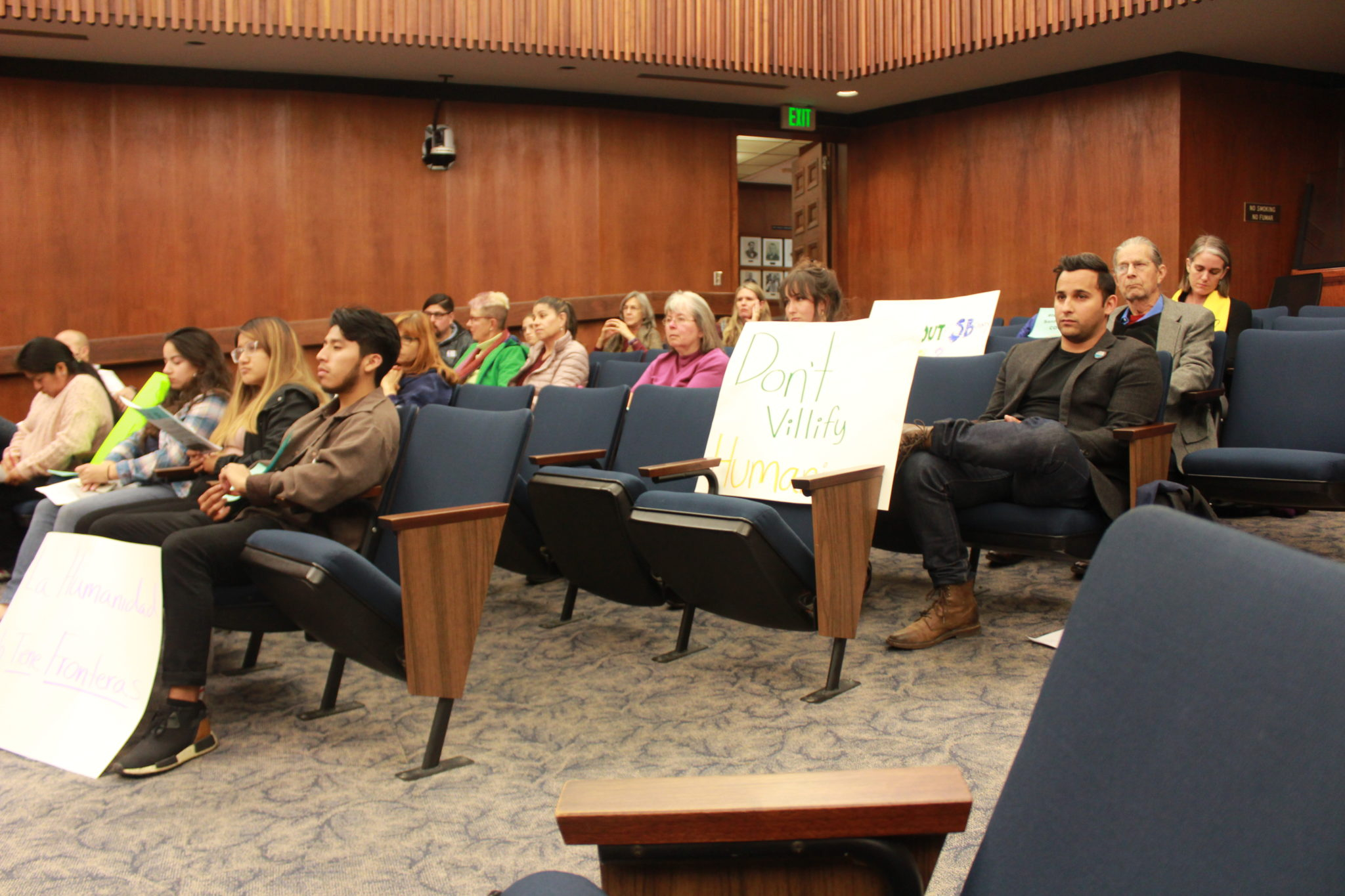 Numerous residents from Santa Barbara County spoke out against the actions of the local law enforcement during the public forum, demanding an end to the provision of prison release dates to I.C.E.

Present among the speakers was Isla Vista Community Services District (I.V. CSD) Interim General Manager Jonathan Abboud, who, along with several I.V. and Associated Students officials, presented a petition calling on the sheriff and the County Board of Supervisors to “cease and desist the publication of release dates of all people within the Sheriff’s custody.”

This sentiment was echoed by the 19 speakers who followed, including representatives from the Immigrant Legal Resource Center, Clergy and Laity United for Economic Justice and the League of United Latin American Citizens.

Some of those representatives shared personal anecdotes of family members being taken away by immigration enforcement agencies.

“I think most of us can agree that the federal government has failed to create a workable immigration process,” Gina Whitaker, an Allies for Immigration representative, said. “There is no line to get into for millions of people who face increasing persecution. The reasons that people are here undocumented are varied and complex and often beyond their control.

“We need to consider the individual circumstances of each person’s life and recognize the humanity of all people.”

Joana Barrera, a representative for Central Coast Alliance United for a Sustainable Economy (C.A.U.S.E.), shared a personal story of her family being separated after police cooperation with I.C.E.

She explained that her brother had finished his community service when he had been picked up by I.C.E.

“Luckily he knew his rights and we were able to find him and pick him up from a local shopping center,” she said. “But that really speaks amounts about the lack of trust between the government and residents.”

“If a person who happens to be an immigrant commits harm, they need to be held accountable like anyone else. But the actions of a few people should not be used to scapegoat whole communities.”

It would seem that our Sheriff is breaking the law.

Can I disobey federal laws that are inconvenient for me?

Open borders, guaranteed housing and free social security and Medicare for all. That will show those racist cops.