The Daily Nexus
Sports
Akron Hopes for Second Cinderella Finish in ‘Soccer Heaven’
December 7, 2018 at 1:49 am by Jorge Mercado 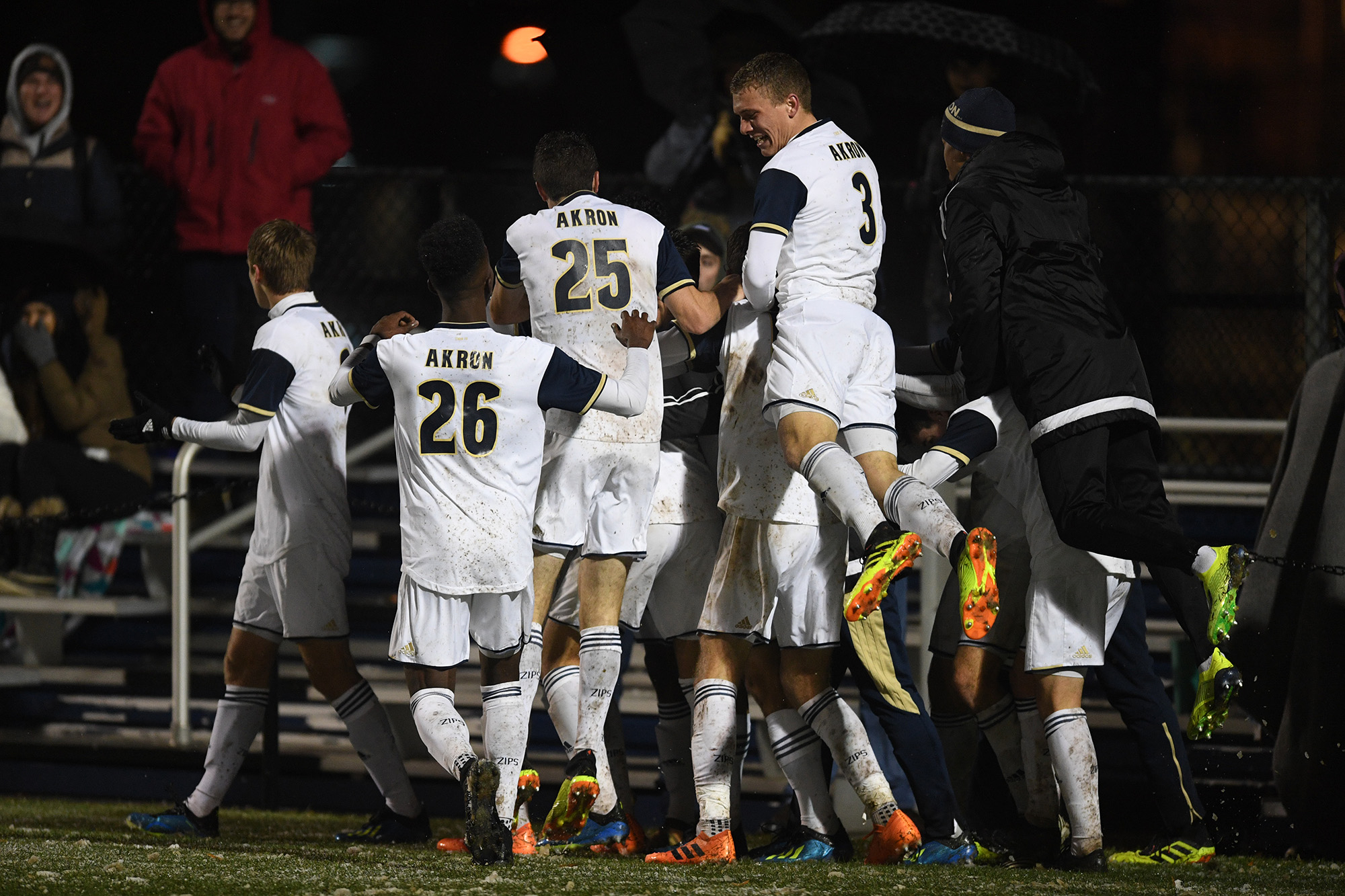 This year, Akron will hope to repeat its good fortune in more ways than one. Fourteen games into the season, the Zips sat at 6-6-2 with hardly any hopes of making it to the NCAA Tournament.

“We had ups and downs this season. We beat good teams, but we also had tough losses and we knew we had to turn it around,” senior goalkeeper Ben Lundt said.

And turn it around they did, for the Zips reeled off four straight wins including a victory over then-No. 12 West Virginia. The four wins were just enough for Akron to nab one of the 48 spots in the NCAA Tournament.

After a play-in win against Rider University, Akron faced Syracuse, a team that defeated them earlier in the year, 3-1. Akron flipped the script, though, and won at top-seeded Wake Forest and ninth-ranked Stanford to launch them into the Final Four.

That is the beauty of sports: One week the season feels over and yet, if the right changes are made, the next week you could be right back in the thick of things.

“Going into the season, we had expectations of being here, but how the season went, around midseason it didn’t look like we would make the tournament, let alone make a run,” Head Coach Jared Embick said. “But we always knew we could get right back into it, and we did.”

It also only feels fitting that Akron returns to the place it has won its only title — Santa Barbara — something coach Embick doesn’t take for granted.

“Everyone gets excited to make it to the last week of the season, and it’s great to be in a sunny, wonderful place like Santa Barbara,” Embick said.

The last time Akron was in Santa Barbara for the College Cup, the SB fans really seemed to gravitate toward the Zips. In fact, in 2010 when Akron scored its only goal to defeat Louisville, many fans threw tortillas onto the field, a celebration usually meant only for UCSB.

“Us mid-majors have to stick together,” Emrick said while laughing.

“In all seriousness, it was a great memory and hopefully we can draw from that experience and pump our guys up. We are hoping some of the same people and a few others do the same thing this year.”

“We consider this place our home away from home. Our guys have had success on this turf, and we are really excited to keep that up,” Embick said. “We always approach this place with good memories, and hopefully we use that to our advantage this weekend.”

There is no doubt Akron’s confidence is at an all-time high, and honestly, why shouldn’t it be?  The Zips have won eight straight matches, they have knocked off some of the best teams in the country to get to the Final Four and they are returning to a place in which they have had much success.

It might be easy to get carried away and think Akron is destined to win, but coach Embick is not so quick to say so.

“As a coach you always temper excitement, but given everything we have done this season we have proven we are capable of getting it done,” Embick said. “Some people tossed us aside earlier this year, and we have proven we deserve to be here, but now we have to get it done.”

Akron first needs to reach its fourth final in program history by defeating Michigan State, a team that is making its own history by being in its first College Cup in 50 years. The Zips defeated the Spartans earlier this year, 2-1.

Also, if you didn’t believe in coincidences enough, Akron knocked off the other Michigan team, the Wolverines, in 2010 before winning their first title. That same year, they also beat Michigan in the regular season, 7-1.

“I have already told our guys about how we beat a team from Michigan first last time we were here and how funny everything seems to be playing out,” Embick said. “Hopefully that is a good omen, and hopefully we get it done.”