The Daily Nexus
On the Menu
Tyger Tyger: An L.A. Dining Experience in Santa Barbara
November 28, 2018 at 11:21 am by Marilu Bedolla

Tyger Tyger, a new restaurant inspired by Southeast Asian cuisine, opened its doors in October at The Funk Zone in Santa Barbara. The restaurant aimed to bring more food options to the neighborhood, known for its art, wineries and breweries. 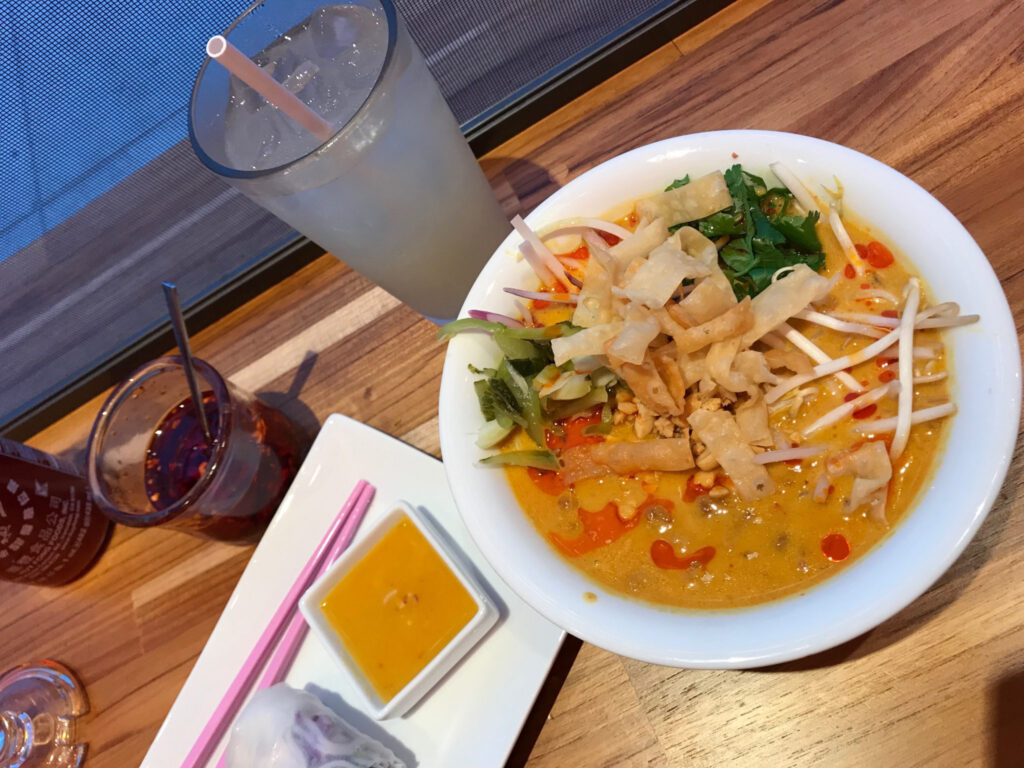 The best dish that I sampled was the northern Thai curried pork noodle. This was a hot bowl filled with thick egg noodles, tender pork meat, peanuts, red onions, cilantro, fermented mustard greens, bean sprouts, chili oil and fried wonton strips. If you like curry and enjoy a filling dish, you have to try this dish. The creamy curry exploded with flavor in my mouth and I grabbed a mixture of noodles, pork and peanuts in every bite. The dish worked because all the flavors played on each other; no one flavor was overpowering, and the curry was not overwhelmingly spicy. With a handful of ingredients hidden in the curry, the dish was appealing in its presentation. Priced at $16, this dish justified every penny spent.

Craving a refreshment, I tried the ginger lemonade. The ginger had a strong presence, and the lemonade was not too sweet but a bit tangy. The drink complemented the curry dish because it was cooler in temperature and cleared my tongue palate of any curry flavor. At $3.50, this drink is ideal for accompanying a hot dish or a light, fresh plate like a salad. 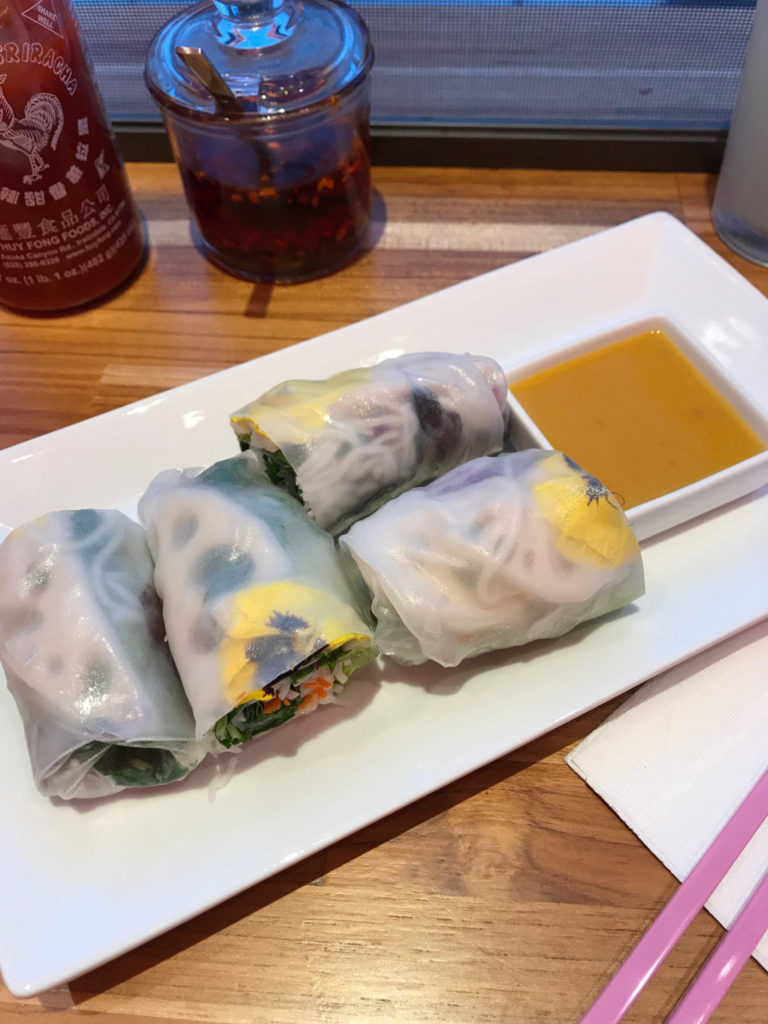 From Tyger Tyger’s small plates menu, I tried the lotus root summer roll. The dish came with four rolls that packed together a lotus root, sliced daikon radish, lettuce greens, crunchy carrots and red cabbage. The dish was complemented by a sweet and tart apricot chutney dipping sauce. For presentation, the rolls had a visible pansy flower and were generous in size, allowing me to savor at least two bites from each roll. The rolls on their own were not an item that I would have by themselves; they were better with the dipping sauce or another savory sauce. With the spring rolls priced at $11, I would next time choose to try the restaurant’s crispy chicken wings instead. 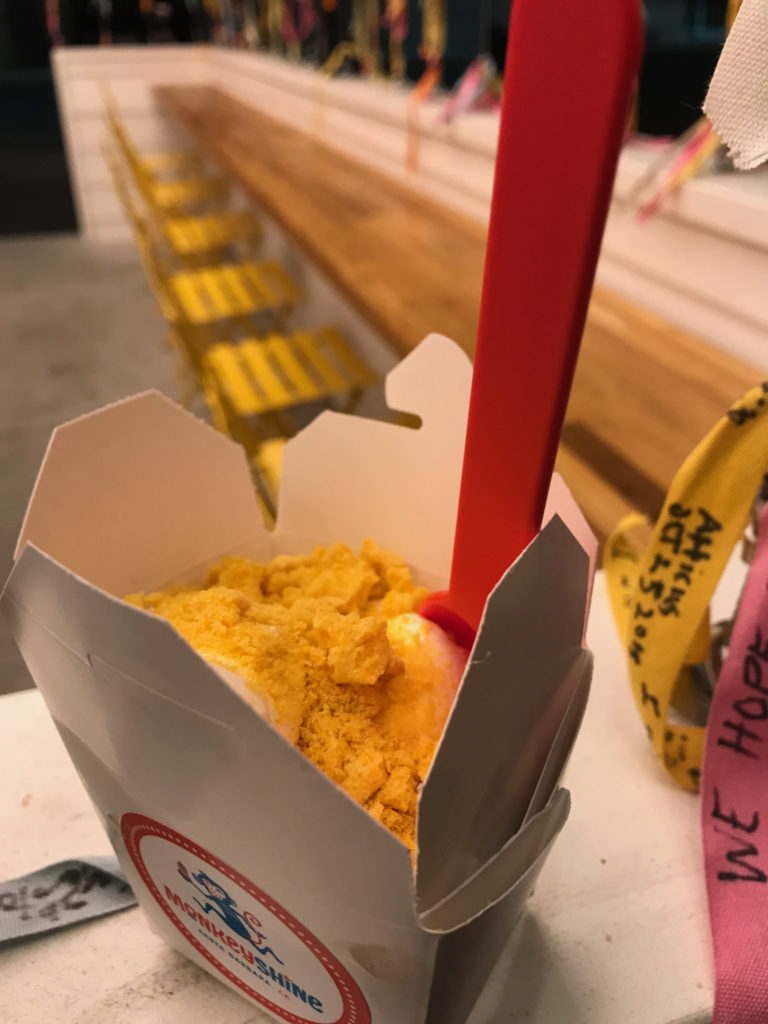 For dessert, I had the toasted rice-flavored ice cream topped with Cap’n Crunch cereal. The cereal added a crunchy texture to the ice cream but also made the ice cream too sweet and overpowered the rice flavor. The cup was $4.50 and toppings were 50 cents. You get what you would expect from this ice cream dish —  a creamy, icy and sweet treat.

The general manager of Tyger Tyger explained that the owners, Acme Hospitality, drew inspiration for the restaurant from a chef who ended up staying at his current job, but they continued with the concept to create Tyger Tyger.

“They [the owners] were definitely trying to get more food in The Funk Zone; first of all, there’s a ton of beer and wine,” general manager Kellie Ditch said.

It has been less than a full month since Tyger Tyger opened its doors and began offering a different atmosphere among the other Funk Zone businesses.

“It feels very L.A. to me, just like the way they designed it inside,” Ditch said. “I don’t really feel like I’m in Santa Barbara when I’m in here.”

The interior design of the restaurant played a role in creating an “L.A.” atmosphere. I decided to sit down in front of big, open windows, and as I ate, several patrons walking outside pressed their faces against the glass to look at the space inside.

Near the inside of the restaurant’s entrance, a small gift shop area with weaved baskets and umbrellas, along with a view of the kitchen area, conjured up a street market setting. The rows of hot pink globe light lanterns that decorated the roof and the white walls elevated the restaurant’s atmosphere.

Monkeyshine is an ice cream shop inside Tyger Tyger, and I would return to each establishment depending on if I want ice cream, a meal or both. I would return to Tyger Tyger specifically because I did not have to drive far to obtain a fine dining experience or travel abroad to taste the flavors of Southeast Asia.

Food is way to salty