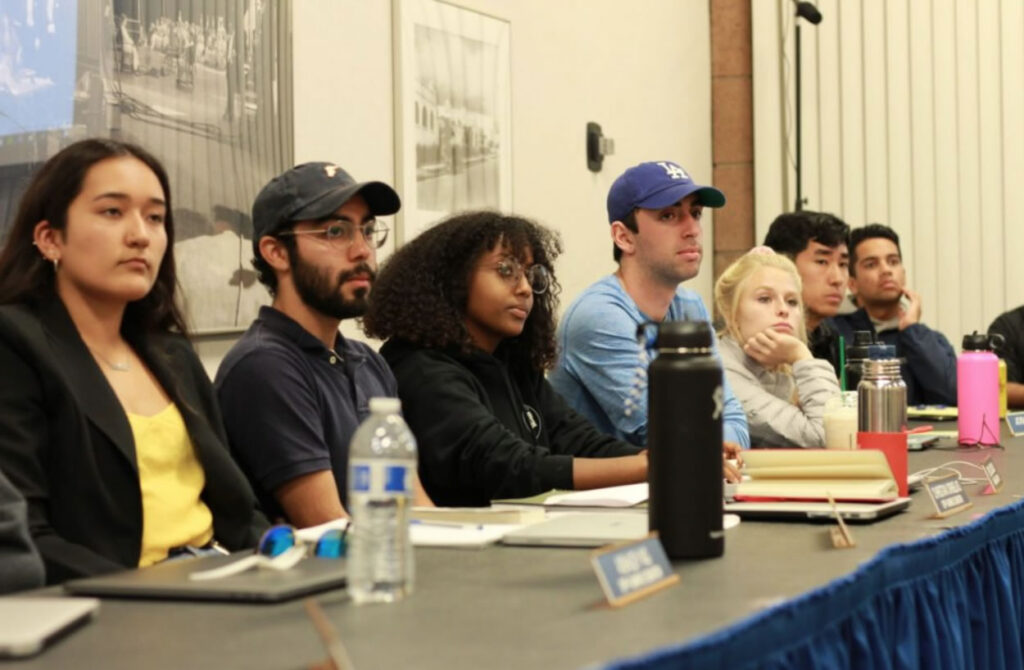 “I’m bringing this issue to Senate because I believe Associated Students can be used as an important platform to use to lobby legislatures [sic] within the community,” Solomon stated in an email to the Nexus.

In the second proposal, the Shell and ExxonMobil company AERA would drill new oil wells via “steam fracking.”

In total, the project would add more than 750 new intensive oil wells in Cat Canyon, according to the Santa Barbara chapter of the Sierra Club.

The resolution also calls on both Associated Students (A.S.) Senate members and Boards, Committees and Units (BCUs) with environmental mission statements — including the Environmental Affairs Board, Human Rights Board and Coastal Fund — to write letters to the Board of Supervisors declaring their opposition.

The resolution also asks Chancellor Henry T. Yang to “reaffirm his previous commitments against fossil fuels” by issuing a statement against the project.

“[The resolution] will both pressure our elected officials on a bigger scale and give environmental lobbyists more weight when they’re talking to the Board of Directors making this decision,” Solomon stated in an email to the Nexus.

During Wednesday’s meeting, the resolution’s student sponsors — fourth-year environmental studies and Chicana and Chicano studies major Amanda Pantoja and second-year computer science major Dylan Kupsh — both emphasized the importance of students speaking out and signing petitions against the proposals.

“A lot of the supervisors got in because of student efforts, so we want them to hear what we have to say,” Pantoja said. “UCSB itself is one of the greenest campuses. I want to ensure we reflect our green values in the community.”

Pantoja pointed out during the meeting that the Cat Canyon Proposals contradict California State Senate bill 100, which puts California on the path for 100 percent fossil fuel-free electricity by 2045.

“Going with these projects would go against what Santa Barbara and Goleta have voted for,” she added.

The Santa Barbara County Board of Supervisors will vote on these measures in early 2019, according to Kupsh. Currently, the supervisors are editing proposed Final Environmental Impact Reports.

While I oppose the drilling, too. Please get a grip and realize that the student government has no power and no one cares what you say. You are seen by the outside as a bunch of demanding whiners.