The Daily Nexus
On the Menu
A Quick Falafel Recipe
November 26, 2018 at 12:00 am by Tamari Dzotsenidze

This week, I switched it up from my typical chicken and rice variation and instead made one of my favorites: falafel. While this is probably far from authentic Middle Eastern food, it’s a quick and flavorful meal that I look forward to all week. It’s also vegan, though I make a homemade Tzatziki sauce that has a yogurt base. Falafel is a very versatile food; it can top a salad, be thrown into a pita or be used as an appetizer for a larger meal. 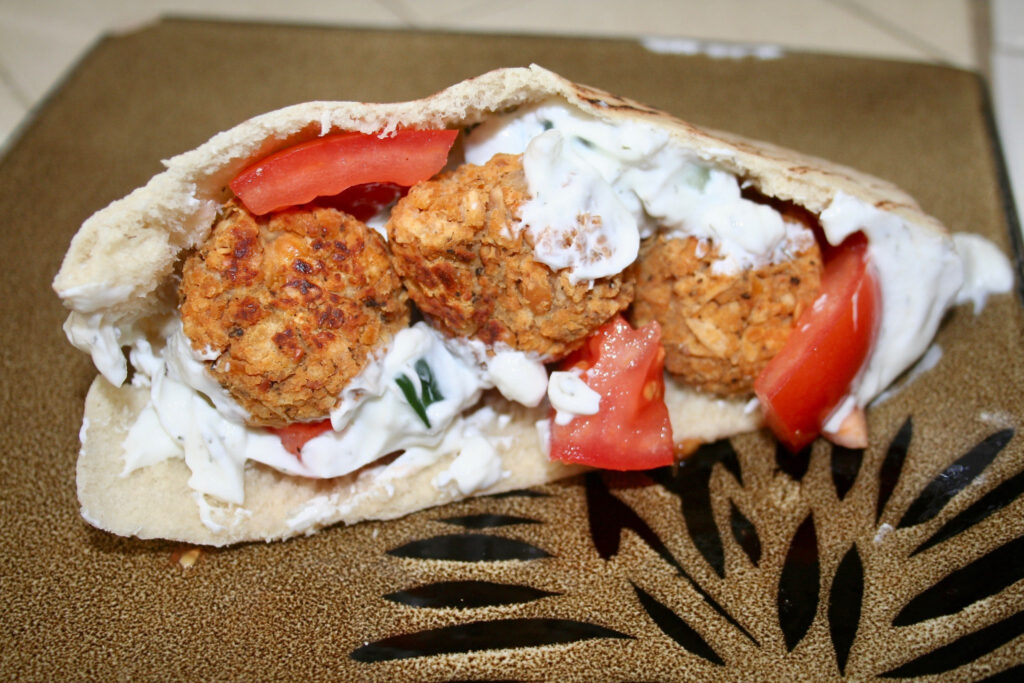 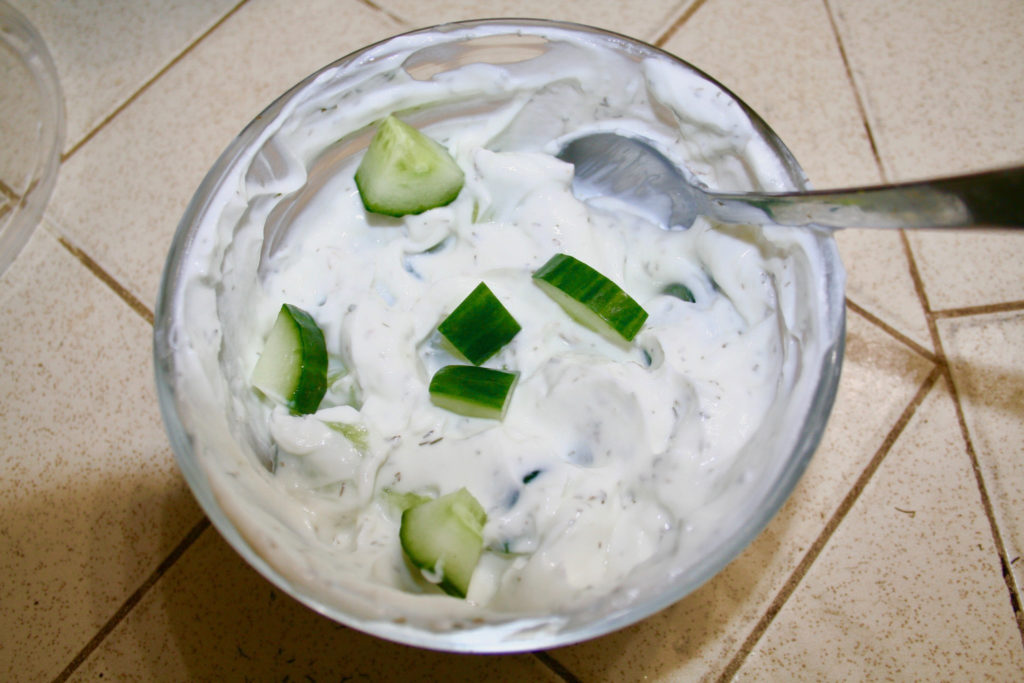 Simple Tzatziki: I like to eat these with a simple tzatziki sauce that takes less than two minutes to prepare at home. It adds a level of freshness and keeps the falafel from feeling dry. This simple yogurt based-sauce adds extra protein to your meal.

Chop the cucumber into small pieces. Mix into the greek yogurt, add roughly 1 tablespoon dill, black pepper to taste and lemon juice to taste (I use juice of ½ a lemon).

To serve: Falafel can be eaten cold, but because I prefer it warm, I toss three into a frying pan to heat them up and then put them inside half a pita with tzatziki, red onion and chopped tomatoes.

This recipe makes roughly three servings. Each serving of three falafels is roughly 375 calories. With half of a Trader Joe’s pita bread, a half pita with tzatziki, falafel, tomatoes and red onion is roughly 550 calories with seven grams of fat, 92 grams of carbs and 32 grams of protein.