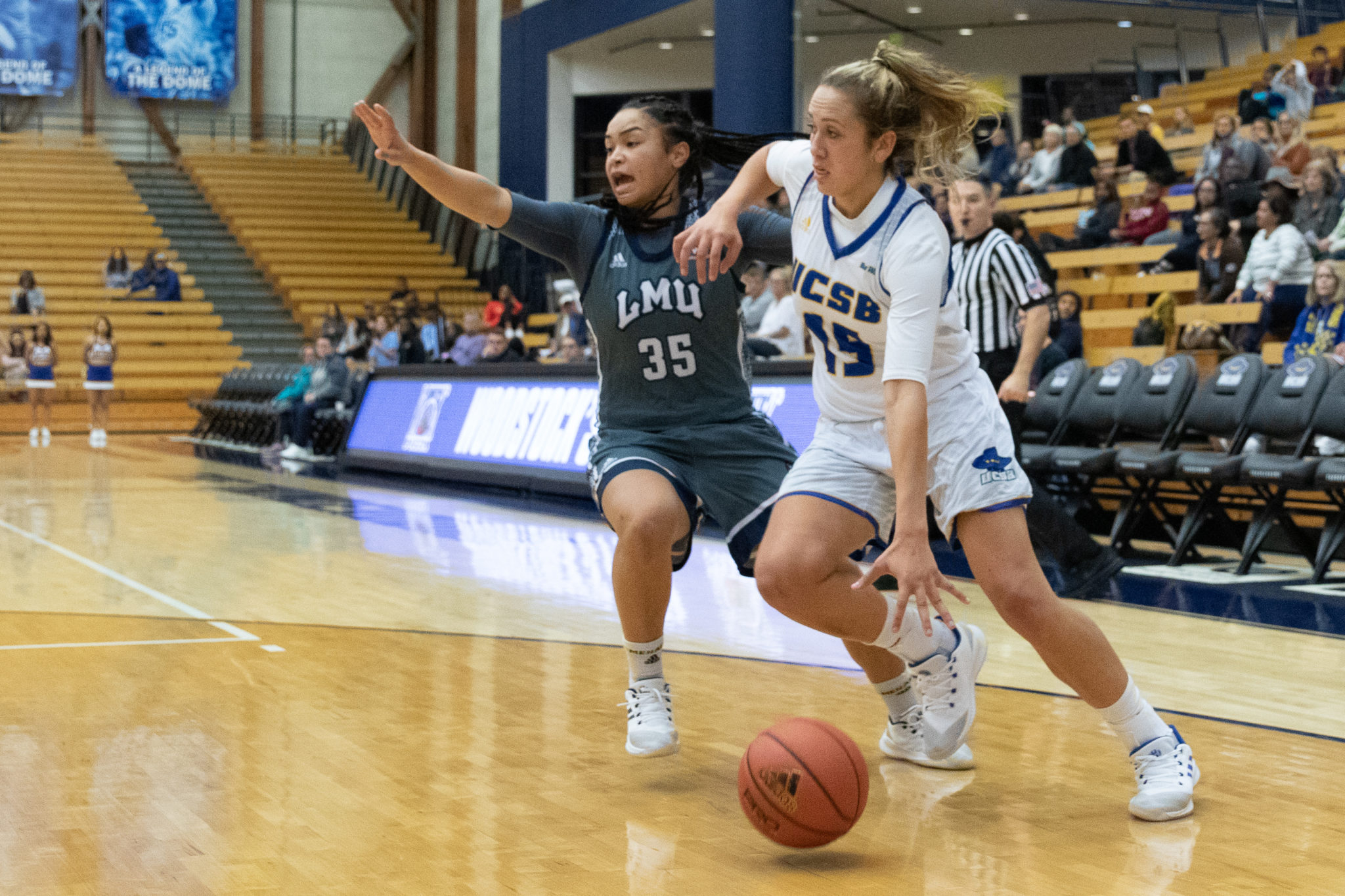 The UCSB women’s basketball team will head to Las Vegas this week where they will take on UNLV in the UNLV tournament, as they look to get their first win on the year. Depending on the result of that matchup, they will play another team that will be determined by the result between the other teams in the tournament.

Santa Barbara is coming off a 70-57 loss to Loyola Marymount. Despite going on multiple runs towards the end of the game, they could not make up for their poor play in the first quarter where they fell behind by ten points.

There were positives to take away from the game however. Redshirt junior Coco Miller had a breakout game with twenty points and five assists. Junior guard Tal Sahar also stood out as she was four for seven from behind the three point line, finishing the night with 15 points and four rebounds.

UCSB will look to build upon their defensive performance as they held Loyola Marymount to under 40% from the field, including 4-18 from three. That being said, they must also limit the amount of fouls they commit as they gave up 38 free throws for the lady rebels.

UNLV comes into this game winless as well with their most recent loss coming against Gonzaga University. The lady rebels are led by senior forward Katie Powell who is averaging fifteen points on the year. In order for the ‘Chos to be successful in this contest, it will be crucial for them to limit Powell’s shots from distance where she is shooting 40% on the year.

One of the common struggles that UCSB has faced early on in the season has been their inability to find an identity on the offensive end. While they did improve against Loyola Marymount with respect to shooting the ball more efficiently, their field goal percentage average is still under 35%.

A major key towards improving their field goal percentage will be to get junior center Natalia Bruening more involved. Since she is the team’s best post player, she can score in the paint as well as get the ball to the team’s shooters when the double team comes.

Another point of emphasis will be aggressively attacking the basket rather than simply swinging the ball from side to side. This should lead to more fouls called in favor of the ‘Chos which will likely bring up their 15.8 free throw line attempts per game even more.

Moreover, attacking aggressively will create better looks from distance because the opposing team’s defense will be forced to collapse on the player who drives to the basket. Sophomore guard Bri Anugwom has been one of the few players who has constantly attacked the basket which is one of the reasons why she is near the top of the team in both free throws attempted (2.2 per game) and assists (1.8 per game).

As the team plays more together, the consistency on both the offensive and defensive ends of the floor will surely improve. With many new faces in the program this year, it is understandable that it will take time for the chemistry to grow amongst the players.

Despite this group currently struggling, they have maintained a level of high energy despite when the game seems to be out of reach, a characteristic that is a welcome sight for head coach Bonnie Henrickson.

Looking to end the month of November on a positive note, the Gauchos will try to pick up their first win as they face UNLV at 12 p.m. this Saturday, Nov. 24, in their first game at the UNLV tournament.