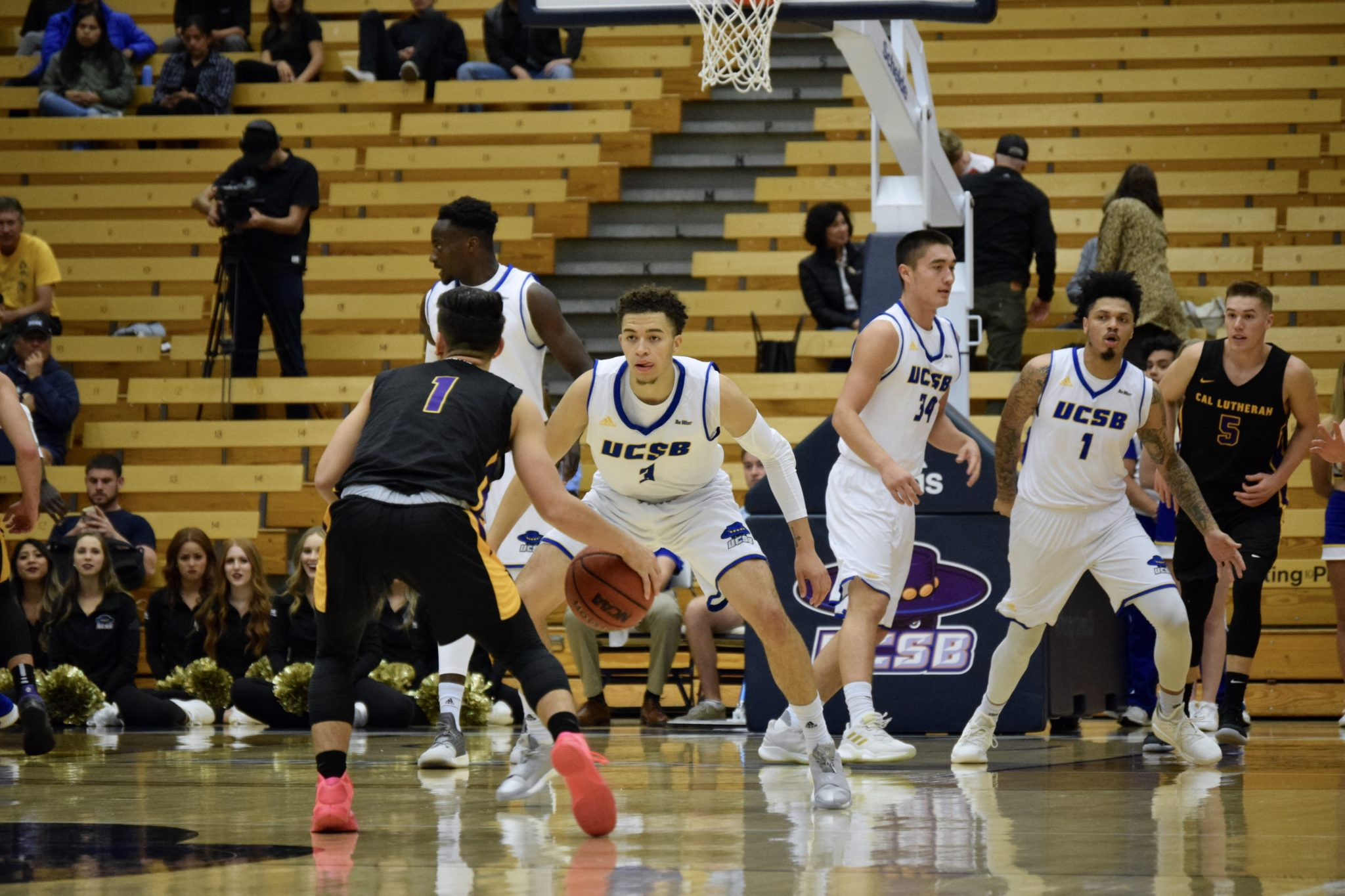 After a swift and successful 2-game homestand, the UCSB men’s basketball will travel to Boise, Idaho for the Vandal Holiday Hoops Showcase as it is set to take on two Big Sky conference opponents over Turkey Day weekend.

The Gauchos come off two consecutive blowout wins against Cal Lutheran and Montana State as Head Coach Joe Pasternack boasts a 3-1 record thus far in his second season. Armond Davis scored a career-high 22 points against the Montana State Bobcats on Saturday and was nominated for Big West player of the week after his breakout performance.

Santa Barbara will kick off the Thanksgiving showcase with a matchup against a 2-1 Portland State Vikings squad that rolls into the weekend following a slew of offensive production in the previous two games.

Portland State opened its season by getting blown out by AP Poll No. 21 University of Oregon in an 84-57 loss. However, the Vikings earned some home court stability as they returned to Portland for their next two matches. Following a squeaky 71-64 win over UC Riverside, the Vikings routed Willamette as they dropped a hearty 125 points in the runaway victory.

Quarterbacked by sophomore guard Holland Woods, a Phoenix, Arizona native, the Vikings attack has outscored opposition with 84.6 points per game while holding opponents to just 69.7 points against per contest. Woods has averaged 14.3 points over three games while chiming in for an average of 4.3 assists and 3.0 steals in each match.

Woods is complemented in the frontcourt by senior forward Jamie Orme who’s followed close behind the sophomore guard in scoring the season. Orme has delivered 13.7 PPG average along with a team-high 7.0 rebounds per game. Off the bench, look out for junior college transfer guard Michael Nuga who has posted 11.3 points on average while shooting 61.9% from the field.

In game two of the two-day Holiday Classic, the Gauchos will take on a feisty University of Idaho squad that has opened up the year with a 1-2 record. The Vandals suffered early losses to UC Irvine and Nicholls State in the first games of the year but bounced back last Sunday with a convincing 87-59 triumph over Bethesda.

Although four Vandals have averaged double-digit points through their first three contests, Idaho has struggled with depth as it carries a noticeably young roster with only 3 upperclassmen. The offensive attack is centered around freshman guard Cameron Tyson who has averaged 20 points through three games.

Tyson is an efficient shooter who boats a 59.5% from the field, but the first year doesn’t share the ball often and is not a threat on the boards. Tyson is complemented in the backcourt by a pair of junior guards in Trevon Allen and Marquell Fraser.

The Vandal offense is run through Fraser who distributes a team-high 5.0 assists per game while securing another team-high 8.0 rebounds per contest. The junior has also added 10 points per game on an average of 31.5 minutes.

The story of the year for the Gauchos has been their immediate success on the year with four newcomers in a starting role. As preseason All-Big West Conference standout Max Heidegger has been off the floor battling a concussion, the Gauchos have maintained an impressive scoring presence throughout four games.

However, the wait may finally be over as Heidegger tweeted “almost back” around 10 p.m. on Monday evening which sparked a flurry of hypotheticals for the upcoming back-to-back weekend.

Although the star point guard’s return might be just around the corner, you can count on the Gauchos offense to strike with a sweeping arsenal in Boise over the weekend.

Tip-off for game one of the Vandal Holiday Hoops Showcase is on Black Friday at 4 p.m. as the Gauchos face off against Portland State before they shift their attention to a contest with the Idaho Vandals at 6 p.m. on Saturday evening at CenturyLink Arena in Boise, Idaho.