I never read the ES list-serve — sorry Eric Zimmerman — but it was a full moon at the end of a bad week, and I decided to browse through what might as well be a whole catalog of updates. Under the “opportunities” section, I noticed two organizations that caught my eye: an internship in Thailand and a research program in Costa Rica. If I’m being completely honest, the first thing that narrowed it down for me was cost, but I had always wanted to travel deeper into Latin America, so Bioma ultimately won the draw. Spontaneously applying for the Ostional Sea Turtle Expedition was the best decision I’ve made in college so far. 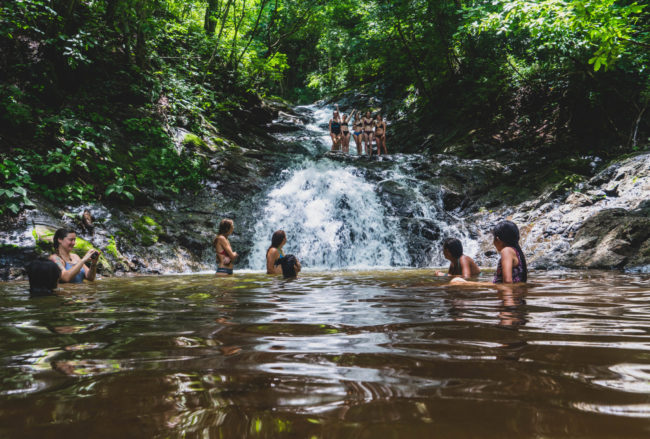 After I was accepted, I couldn’t talk myself out of it. Despite the money, timing and fear of being lonely, having not known any other applicants, I figured it would all be worth it for the experience. It definitely exceeded my expectations. Bioma Travel was founded by UCSB Bren School alumni who personally guide and work with the students on each expedition. This direct relationship and commitment set the program apart from all other research/internship opportunities I had seen before. Their prompt communication and comprehensive accommodations greatly enhanced my experience. The trip was 10 days of volunteer work and research, plus an optional three-day “adventure.” I originally signed up for just the first portion, but was convinced to extend my stay once I realized how priceless the memories would be. 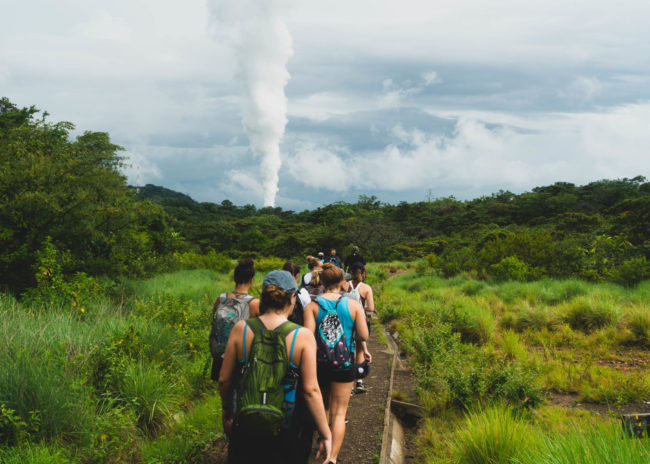 All the “field-trip” type of programs I had done in high school turned me off of the idea at first. For example, the AP Environmental Science Yosemite trip was what initially inspired me to pursue environmental science. However, the structure made me feel juvenile and restricted. Making first-hand observations and drawing conclusions that were physically and visually relatable convinced me to major in the subject; but on the other hand, taking instructions from our “leader” while sitting criss-cross applesauce took away from enjoying the landscape like real people, not children. The fake and forced classroom setting created an uncomfortable teacher-student dynamic, though the staff was in retrospect not much older than we were at the time. The rules were equally as patronizing — buddy-system, curfew, alphabetical arrangements, assigned groups, etc. I was apprehensive about this program being similarly condescending, but was pleasantly surprised by the amount of freedom we were given.

Take advantage of what we have at our fingertips here at UCSB — a whole network of cool people and unique opportunities that might just slip by if you don’t listen to the universe when it calls.

I had no idea what to expect as far as the kind of fieldwork we were supposed to conduct. The first couple of days were full of PowerPoints and lectures, but by the third night we set out on our first patrol. Using the word “patrol” for data collection was initially very confusing, and often confuses people when I explain the type of work we did, but we were in fact pacing the beaches on high alert. Staff members of the MINAE, a branch of the Costa Rican Ministry of Research, led two groups of us toward the north and south ends of the beach. We spent four to five hours a night searching for turtles and recording handwritten data on those that laid eggs, even in the pouring rain. 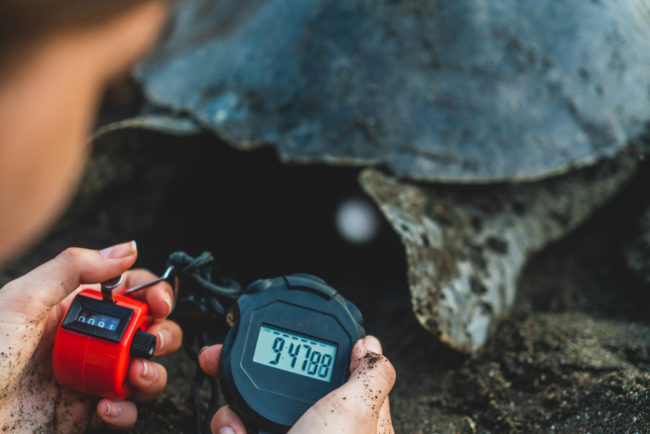 The atmosphere and energy were like no other; 12 eager yet exhausted girls decked out in the dorkiest water-resistant, dark-colored long-wear — complete with headlamps, ponchos and water shoes — marching single-file through murky estuaries and across the black sand that so perfectly matched the utterly black landscape. With only the moon that temporarily peaked out behind the mountains, the occasional red headlamp and the blinding flashlights of employed guards stationed to catch poachers, we walked for miles tallying the increasing amount of Olive Ridleys that arrived each night.

Contrary to all other expeditions, our group had no trouble finding enough turtles to keep us busy. We were lucky enough to visit Ostional during an arribada, or “the arrival,” in which thousands of females band together over the course of a couple days once a month to lay their eggs on this special stretch of coast. Data included various measurements and observations; however, perhaps the most important category was egg count. We’d spend as long as 30 minutes counting as many as 130 eggs for just one turtle. By the end of our research, we analyzed a total of 117 turtles. 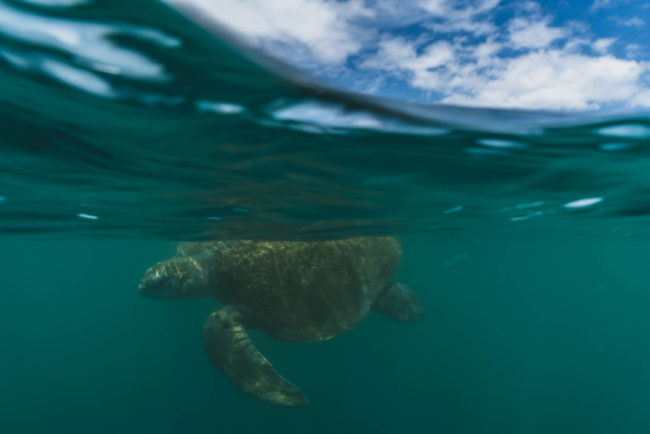 Aside from the academic stuff, I would say the cultural experience was equally, if not more, fulfilling. The home-stays weren’t exactly familiar or super comfortable, but totally worth it. My “parents” treated me like family without any hesitation, and I quickly befriended my two younger “brothers” who became our designated tour-guides/Spanish teachers/dance partners. The food was obviously different, but amazing. Some people struggled with the cultural divide, but if you’re not willing to try something new, why even travel in the first place?

I will admit, some things were tough — no hot water, no washers or dryers (we all smelled absolutely rancid by the end of the trip), dirt floors, an innumerable amount of bug bites, very minimal privacy, rooster wake-up calls, etc. — but I stand by the importance of getting out of your comfort zone. Plus, experiencing the highs and lows with new friends makes for some of the strongest bonds. 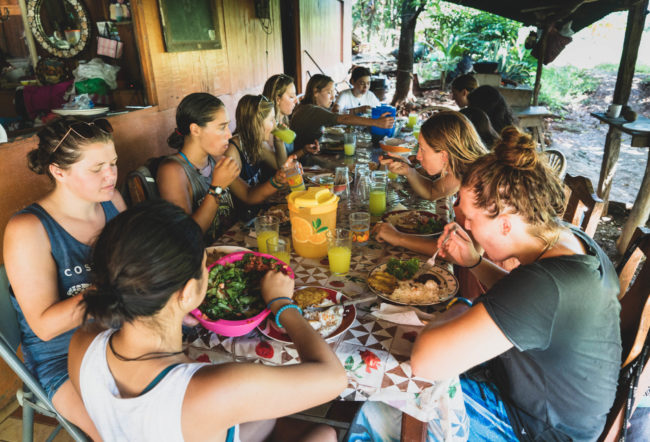 If you’re not willing to try something new, why even travel in the first place?

So, take advantage of what we have at our fingertips here at UCSB — a whole network of cool people and unique opportunities that might just slip by if you don’t listen to the universe when it calls. In retrospect, hesitation is so pointless and annoying (and that’s coming from one of the most cautious, guarded people you may or may not ever meet). Go do weird things and find the weird people that will itch your bug bites or apply sunscreen on your scalp. The world is your oyster!

Kaelen McCracken encourages her fellow Gauchos to get out of their comfort zones and into the world.