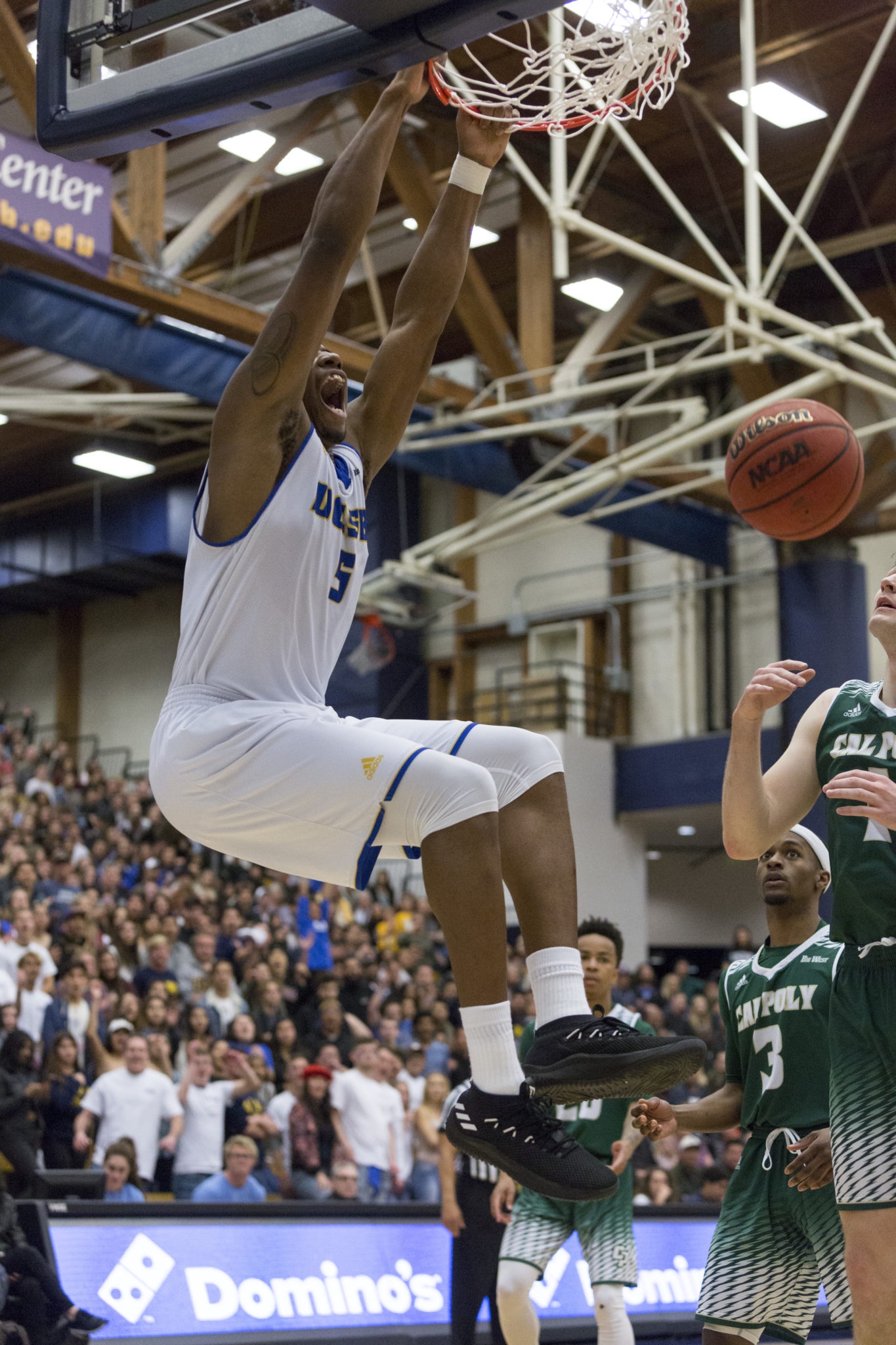 The collegiate regular season continues this weekend, as the UCSB men’s basketball team remains at home and prepares to host the visiting Montana State Bobcats.

This new season of basketball is off to an exhilarating start, and there’s plenty more to be excited about.

The Gauchos appear to be in fine form, and they’ll aim to match that same intensity this weekend, as they look forward to hosting the Bobcats in this week’s second regular-season matchup.

UCSB enters this game with a 2-1 overall so far into the season, and they should retain all the momentum, considering their very successful home debut on Tuesday night.

More specifically, the Gauchos are coming off a dominant showing as they earned an 88-32 win over Cal Lutheran in their latest exhibition match.

In addition, this win also proved historic, as UCSB went on to break two of its own school records — first, with an all-time margin of victory at 56, and second, in allowing the least amount of points ever to an opponent at only 32.

Dropping 50 points in the first half alone, this commanding performance featured all the Gauchos earning some playing time as the team went on to shoot for an almost 60 percent field goal percentage.

One bright spot for the Gauchos has to be the play of junior forward Christian Terell.

As one of the few returning players from last season, Terell’s energy and experience off the bench will be crucial for the squad moving forward.

He went a perfect 4-4 from the field in the Gauchos’ last game and will continue to try to be a sparkplug for the second unit.

UCSB will look to build off this same exuberant energy and carry over its winning ways against Montana State.

When interviewed about the team’s overall explosive production that led to those 50 points in the first half, senior forward Ami Lakoju said, “It’s amazing; we know we’re going to have that help coming off the bench, myself included. Moving forward, we don’t have to just rely on our starting five … I know [Head Coach Pasternack’s mind] is at ease and he can see the potential in that regard, so he must be happy about that.”

On the other side of the court, the Bobcats are currently split at a .500 win percentage as they prepare for their trip to Santa Barbara.

Before their trip to SoCal, they’ll also be on the road Wednesday night to face off against Colorado State.

The Bobcats’ latest matchup also resulted in a victory as they bested Presentation College at home by a score of 83-68.

However, Saturday will feature a much more familiar opponent in Montana State, as this will be the 12th time that the Gauchos have lined up against the Bobcats.

However, the record is very much one-sided, as UCSB leads the all-time series versus Montana State at 10-1. These two teams also faced off just last year, with the result ending in a 91-69 victory for the visiting Gauchos.

As for the Bobcats, they’ll be the ones visiting this time around, and they’ll want to flip the script in this one.

Meanwhile, the Gauchos will be hosting and will want to continue this historical dominance over their out-of-state guests.

“You know, last year we played Montana State; they’re a very talented group and I heard they got some new guys, but we’re not worried about that. We’re going to keep scouting and prepare for it like it’s any other game,” Lakoju said when asked about his thoughts on the upcoming match against the Bobcats. “We’re going to have to make sure that we produce, and that’s all that we have to do.”

It’s an early tip-off this Saturday, November 17 as the UCSB and Montana State match is set to commence at 2 p.m. at the Thunderdome.