The Daily Nexus
Volleyball
Women’s Volleyball To Close Out Season at Thunderdome
November 15, 2018 at 5:05 am by Spencer Ault 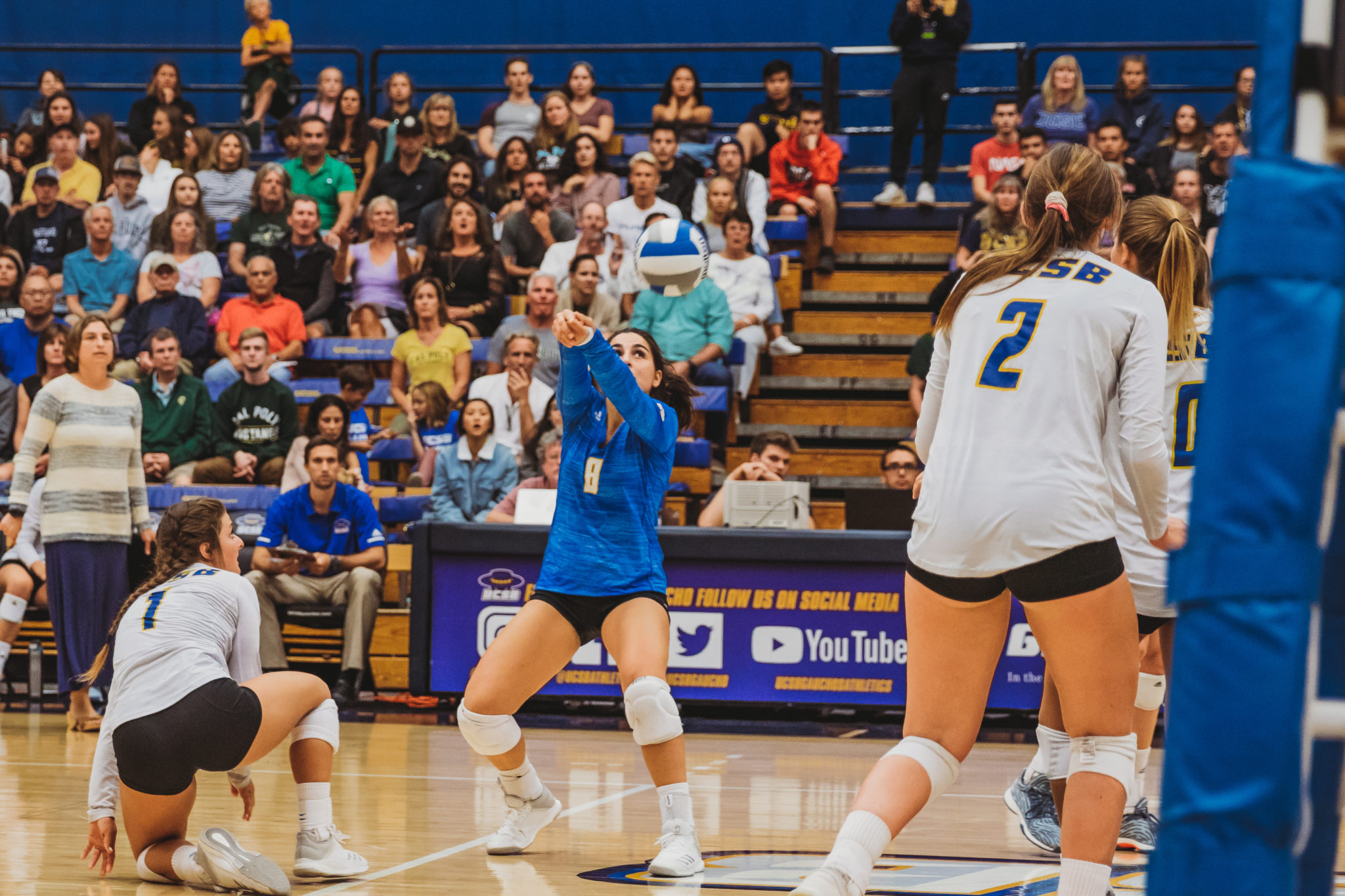 The 2018 season has been an up-and-down campaign for the UCSB women’s volleyball team. The trick this week for the Gauchos will be to end on a high note.

The split decision pushed the Gauchos to 15-11 on the season and 7-7 in the Big West.

UCSB now must gear up to close its season with two matches in the Thunderdome this week.

Both matches come against teams the Gauchos handled earlier in the season: Cal State Fullerton on Friday and UC Riverside on Saturday. UCSB swept Fullerton the first time they met, an unsurprising result considering the Titans sit at the very bottom of the Big West standings. The team is 0-14 against conference opponents and 6-21 overall.

It’s been a season of losses for the Titans — they’re on a 20-game losing streak and are the only team in the Big West averaging less than 10 kills per set.

They’ve played the same amount of sets in conference play as juggernaut Cal Poly, but that’s because they’re only occasionally able to prolong their matches beyond a sweep.

Accordingly, the Gauchos handled the Titans in three sets back on Sept. 22. Fullerton got to 20 points in a set just once, in a fairly tight first set, but UCSB was firmly in control the rest of the match.

Another win on Friday will require the Guachos to avoid any major mistakes and simply play solid volleyball.

So long as star outside hitter Lindsey Ruddins is firing away and the defense is playing well, UCSB should be able to make like the rest of the Big West and beat Fullerton.

UC Riverside, at 4-10 in conference play and 9-17 overall, hasn’t been too much better than the Titans this season.

That said, the Highlanders gave the Gauchos a pretty good fight when the two teams met in Riverside on Sept. 21.

The two teams swapped the first two sets, but while Riverside’s hitting percentage only dropped as the match went on, UCSB’s stayed consistent.

The Gauchos hit .256 in the third set and .219 in the fourth to take a four-set victory, their first of the season in Big West play.

Now at home, UCSB will be looking to more or less repeat that winning formula.

Ruddins was the only player in double-digits for kills back in that first match, and she’ll likely need more help if things are going to be easier this time around.

The Gauchos have shown occasional improvements in that area since then. Saturday’s win over UC Davis was one of those times, as Rowan Ennis’s 18 kills and Gigi Ruddins’s 14 gave UCSB three significant attacking threats.

UC Riverside’s statistics are just a hair better than Fullerton’s in Big West play, but they still shouldn’t be overlooked.

The Highlanders are indeed second-worst in kills per set, hitting percentage and blocks per set, but they pulled off an upset win over third-place UC Irvine on Nov. 2.

That wide array of quality performances powered the Highlanders to victory then, and they have the ability to do it again on Saturday night if the Gauchos slip up.

Saturday’s match will also be Senior Night for UCSB, which could give Santa Barbara a bit of an emotional lift. The Gauchos will be honoring three players: setters Annie Hasselmann and Lexi Rottman and libero Emilia Petrachi.

In such an up-and-down season that has seen the team pinball from wins to losses night to night, UCSB would love to finish the season on a three-game winning streak.

They’ll get that chance this week.

Both matches will take place at 7 p.m. in the Thunderdome.