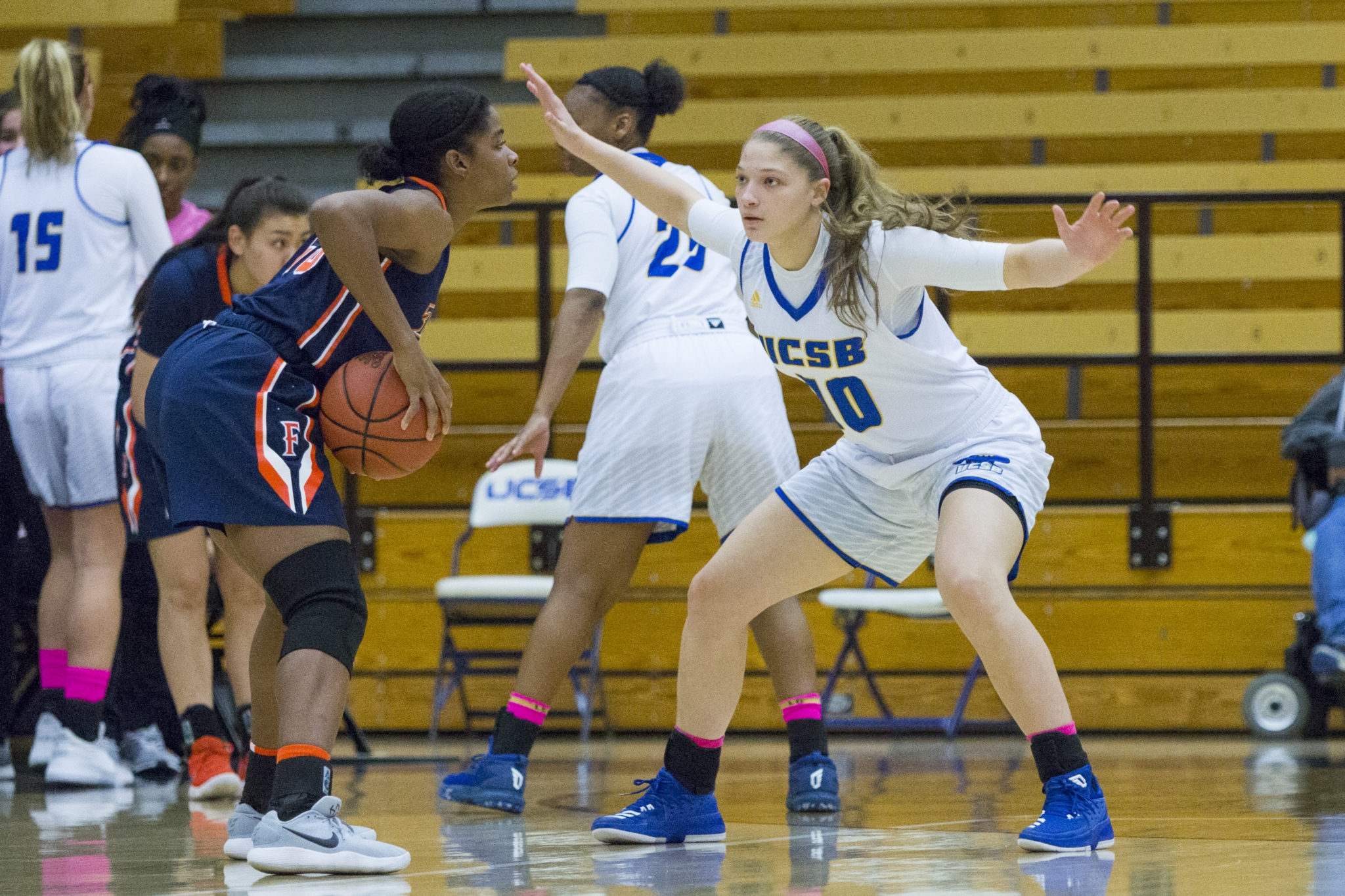 After being pegged to finish at No. 7 in the Big West preseason poll, Head Coach Bonnie Hendrickson and the UCSB women’s basketball team will be looking to defy all expectations when they kick off their season this week.

Last season, the Gauchos stumbled out of the gate, starting off the season 3-10 before going a respectable 9-7 in conference play — good enough for fourth in the conference.

However, their season ended prematurely when they were upset at home by CSUN.

This year, Santa Barbara will be tasked with the challenge of replacing its top three leading scores from last season. In particular, the Gauchos will need someone to step up in the absence of Drew Edelman, who led the team with 16.2 points per game.

In addition, the team will welcome back junior Coco Miller, who missed all of last season due to injury.

Two years ago, however, Miller averaged 9.1 per game. Miller also will allow the Gauchos to stretch the defense, as her 111 three pointers made are already the seventh most in program history.

If the exhibition game against Cal St. San Bernardino was any evidence, the team will likely use a committee approach to filling Edelman’s presence.

Junior center Natalia Bruning led the team last Monday with 18 points and 15 rebounds, while sophomore guard Bri Anugwom chipped in 15 points on 5-8 shooting from the floor.

Anugwom, a community college transfer who scored 20 points per game for West Los Angeles CC, should provide a solid scoring spark for the team off the bench.

With a tough non-conference schedule, Hendrickson will need the seven new faces on the team this season to get acclimated to Division 1 basketball quickly.

The Gauchos’ biggest test will come Nov. 15 when they travel to Los Angeles to take on USC. Later in the non-conference slate, Santa Barbara is also scheduled to take on UNLV, St. Mary’s, Cal and San Diego State.

The team’s schedule won’t get any easier when they open up conference play against CSUN on Jan. 5, with the Matadors picked first in the preseason Big West coaches poll. In that game, the Gauchos will be looking to avenge their tournament loss from last season.

They weren’t able to avoid a loss in their first game at Utah Valley, falling 63-54 to the Wolverines. The lone bright spot for UCSB on Tuesday night was Natalaia Bruening’s 20 point, 11 rebound performance on 9 of 14 shots.

Without Edelman in the lineup this season, there’s potential for Bruening to break out as the team’s primary scoring option down low.

Santa Barbara will have the chance to get its season back on track when it takes on CSU Bakersfield at home this weekend.

Where Bakersfield dominated last season was on the defensive end, giving up only 56 points per game to its opponents while causing nearly 18 turnovers per game. While the Roadrunners scored merely 61 points per game last year, their solid defense enabled them to go 10-4 in the conference.

The last time these two teams met was in 2015 when Santa Barbara came away with a 61-60 victory.

Ironically enough, that game was Hendrickson’s first game in charge of the Gauchos. UCSB will look to repeat that success on Friday, eager to avoid the slow start that plagued the team last season.

For a young and inexperienced Gaucho team, building confidence in non-conference play will be key. In a wide-open Big West conference, anything is possible — all UCSB needs is a couple players to step up in the absence of Edelman. If they can do that, look for Santa Barbara to surpass expectations this season.