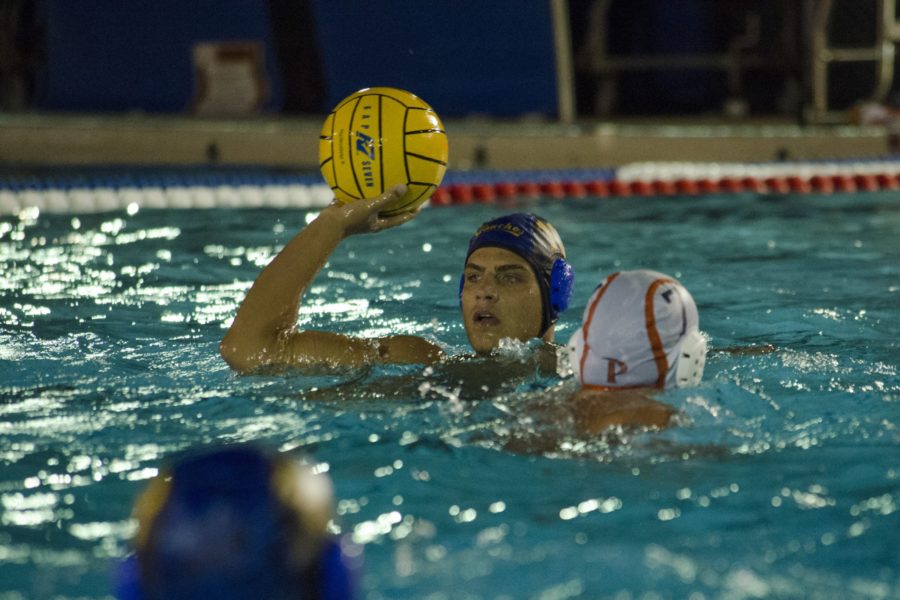 The No. 5 UCSB men’s water polo team, currently 18-8 overall and 3-1 in conference play, will face No. 8 Pepperdine this Saturday to finish the year in their last home game of the season. After a well-rounded victory against No. 12 UC Irvine, the squad will look to add to their two-game winning streak and finish the season with a 4-2 home record. This game will mark the last time senior driver Boris Jovanovic will compete in a Gaucho uniform.

Jovanovic currently leads the team in scoring and has been instrumental in Santa Barbara’s dramatic turnaround from last season. Not only has he been an offensive force, but he has also brought stable leadership for the team as the only senior on the roster.

The Waves come into this game on a three-game winning streak, with an overall record of 15-10, in which they have outscored their opponents by an average of seven goals per tournament. In their most recent matchup against Santa Clara, they were able to net 17 goals while only allowing six. Freshman attacker Balazs Kosa led Pepperdine with a career-high seven goals in the match.

It has been an up-and-down season for Pepperdine, but they have seemed to have found their rhythm as of late, specifically offensively. Behind Kosa and senior center Chris Dilworth, the duo has been able to constantly put pressure on their opponents, leading to not only many goals for each player but also assists — they have over 30 assists between the two of them.

Both Pepperdine and Santa Barbara are very familiar with each other as they had matched up earlier in the season, with the Gauchos grabbing the win narrowly by a score of 16-14. Jovanovic led UCSB with six goals in their previous matchup.
UCSB will look to continue its strong defensive performance, as it has held its past two opponents under 10 goals. With the Waves playing its  best on the year, the Gauchos’ defense must communicate effectively, particularly when facing power plays.

Throughout the year, the Gauchos have struggled to keep the ball out of the back of their net when being a man down, primarily due to defensive breakdowns.

If they are able to limit them, they will be in prime position for defensive stops, which could lead to offensive success for them through fastbreaks.

With all of the Waves’ attention certainly going toward stopping Jovanovic and junior utility Ivan Gvozdanovic, other members on the UCSB team must step up in order to keep a strong defense.  Freshman attacker Sam Nangle and freshman driver Nathan Puentes were able to score in their last game, and it is prospected that the duo will make an impact in the last home game of the season for the ‘Chos.

By maintaining constant pressure on the opponent’s half of the pool, they will be able to increase their amount of shots on goal, inevitably leading to more goals scored. As Santa Barbara wraps up the season, it will have the potential to increase its win count by eight games in comparison to last year. Many attribute the turnaround to the team’s selfless nature.

Twelve players currently have more than 10 goals on the year, making the Gauchos extremely difficult to defend, since every player in the pool is an offensive threat.  Looking to pick up its fourth win at home on the year, UCSB will play Pepperdine at 12 p.m. on Saturday, Nov. 10, in Jovanovic’s last home game as a Gaucho.