The Daily Nexus
Music
Toro Y Moi Is Blissed Out at SOhO
November 7, 2018 at 8:38 pm by Max Pasion-Gonzales

Occasionally, certain artists develop brands that seem to be more iconic than the sum of their solo work alone. Artists like Pharrell Williams, for example, who seem to have production credits and contributions all over in pop culture, are rarely cited for their actual solo work, becoming (unfairly) more of an image than a powerful solo musician. Toro Y Moi has often been placed into this strange and often inaccurate box of music culture; he’s been seemingly everywhere across genre and style and influence. Any music fan can recognize his face and fashion, yet strangely enough, he is not praised for his music to the same degree that he should be. Despite all of this, Chaz Bear, more frequently known as Toro Y Moi, proves through his live presence and energy that he is a great performer despite these constraints, standing alone as not only an iconic image but also a major influence and pioneer of 21st century indie music.

Toro Y Moi hit downtown Santa Barbara’s SOhO last Thursday for a stop on his tour following his Boo Boo album release and after announcing a new album, Outer Peace, which is coming early 2019. With a long, successful career and a ton of commercial buzz, Chaz beautifully arrived on stage, maintaining a delicate balance of high energy and chill waves and prompting one of the danciest crowds I’ve ever seen.

Chaz began his set with Boo Boo album opener “Mirage,” which was met with a strong response from the audience. The energy didn’t reach full potential, however, until he performed his new single, “Freelance,” soon after, which seemed to be the true start of the night. Toro himself was alternating between keys, a beat pad and solo vocals, meshing seamlessly with his incredibly rehearsed backing band. Sonically, things were just about perfect, with the vocal reverb balanced exactly as it is on record and instrumentation that was clean and vibrant. 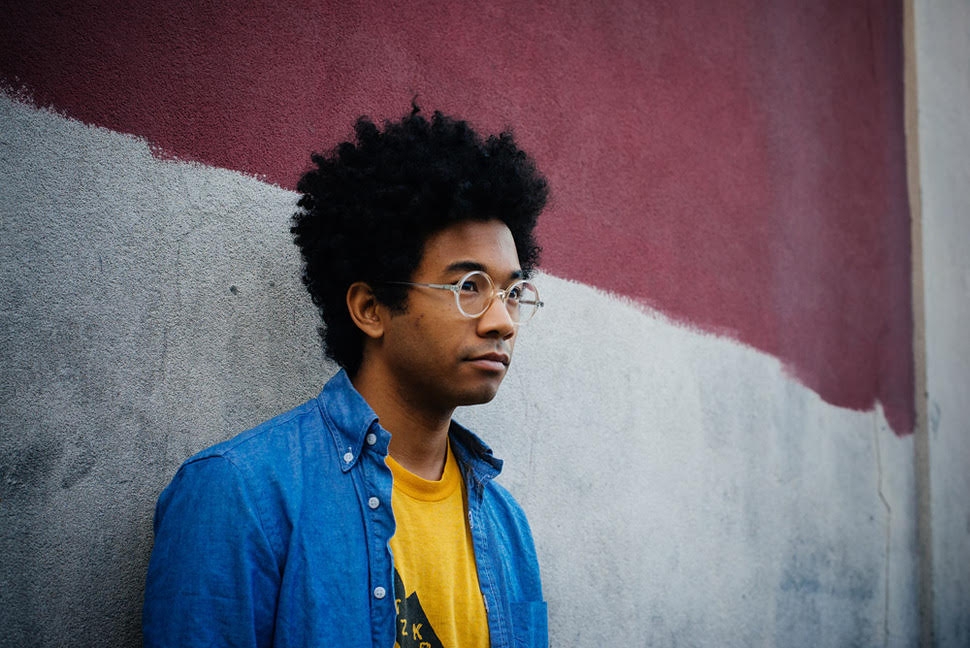 The South Carolina native continued on with tracks from Boo Boo, including deeper cut “Labyrinth” and soulful pop masterpiece “Girl Like You,” which was one of the highlights of the night in terms of vocal performance, instrumentation and crowd response. This moment in particular marked some of the highest audience involvement, with nearly everyone singing along to the catchy hook and dancing with the grooves. Despite the electronic-heavy landscape of “Boo Boo,” the live setting translated alarmingly well, with every 808 drum, groovy baseline and synth chord hitting hard and true. Much of the magic that Chaz Bear presents here lies in turning his recorded dreams into a live reality.

In person, Toro Y Moi was about as quaint and down-to-earth as I had imagined. He was a man of few words between songs and seemed to say more in performance than anything else. His movement and engagement were limited, yet effective, which made for a very intimate and immersive show. This mysterious and somewhat reclusive element of Toro is a bit of a staple of his image, and it proved extremely effective once paired with the strong backing band and lighting choreography.

Some of the more exciting moments mid-set came from Toro’s early classic album, 2013’s Anything in Return. Some of these deeper cuts worked as a nod to his more dedicated fans and provided a change of pace from the other tracks in the set. Moving emotional tracks like “Say That” and “So Many Details” were memorable moments at SOhO, and they personally took me back to my high school days when Anything in Return was first released. Toro Y Moi wrapped up his set with classic hit “Rose Quartz,” a track that is lodged in the memory of any true fan of Chaz’s music and one that marked the start of a huge career. The performance was extremely powerful in its nostalgic nature and celebratory tone, ending the night where a lot of Toro’s fans began with him.

Toro Y Moi is a total icon, not only in image and cultural positioning but also in diverse musicianship, intimate performative value and sheer, raw talent. If a look into his discography doesn’t prove this, surely some time in his live setting will. After an incredibly fun and ultimately moving night at SOhO, I can assure you that Toro Y Moi isn’t going anywhere but forward.

this summary/review is so spot-on.