Rockfire Grill opened its doors to the Isla Vista public on Nov. 2, offering free T-shirts to the first 50 patrons.

The mellow reggae music that played overhead added to the laid-back atmosphere of Rockfire Grill as a line of 30 people grew from the main entrance into the parking lot when the restaurant first opened at around 11 a.m.

The restaurant, the fourth of its kind in Southern California, opened in I.V. on Friday. Siavash Ghadiri / Daily Nexus

Located at 6583 Pardall Rd., Rockfire Grill is the latest addition to the collection of I.V. eateries.

“[Rockfire Grill is] a fun and safe place for kids to unwind, try some different food that they normally don’t get in the I.V. area and just be in a space to be engaged with the community,” Jai Syal, Rockfire director of marketing and strategy, said.

“[My younger brother] was living in the building next door, and he was walking to class one day and noticed the space was open for lease,” Syal said.

“I was visiting him in his new apartment one day, and while I was here, I talked to the landlord, reviewed the lease, built a model and realized that this could be a great opportunity.” 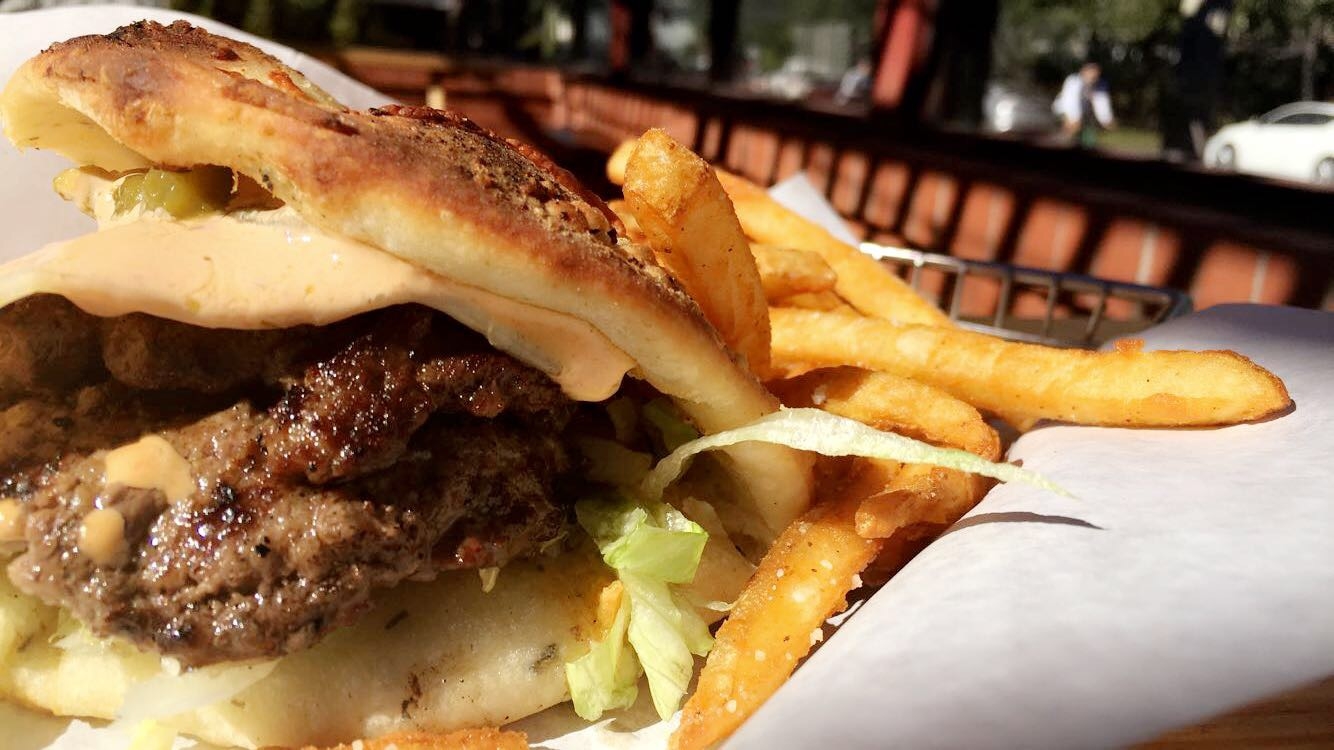 After the team finished working out the logistics and staffing, Rockfire Grill came to be.

The location was previously occupied by Rincon Brewery, which closed down over the summer.

“We have a stage inside for live music and open mic nights,” Syal said.

“Our whole tagline is ‘Better Buns, Better Burgers.’ Once you feel it and try it for yourself, you’ll know it’s something that’s unique.”