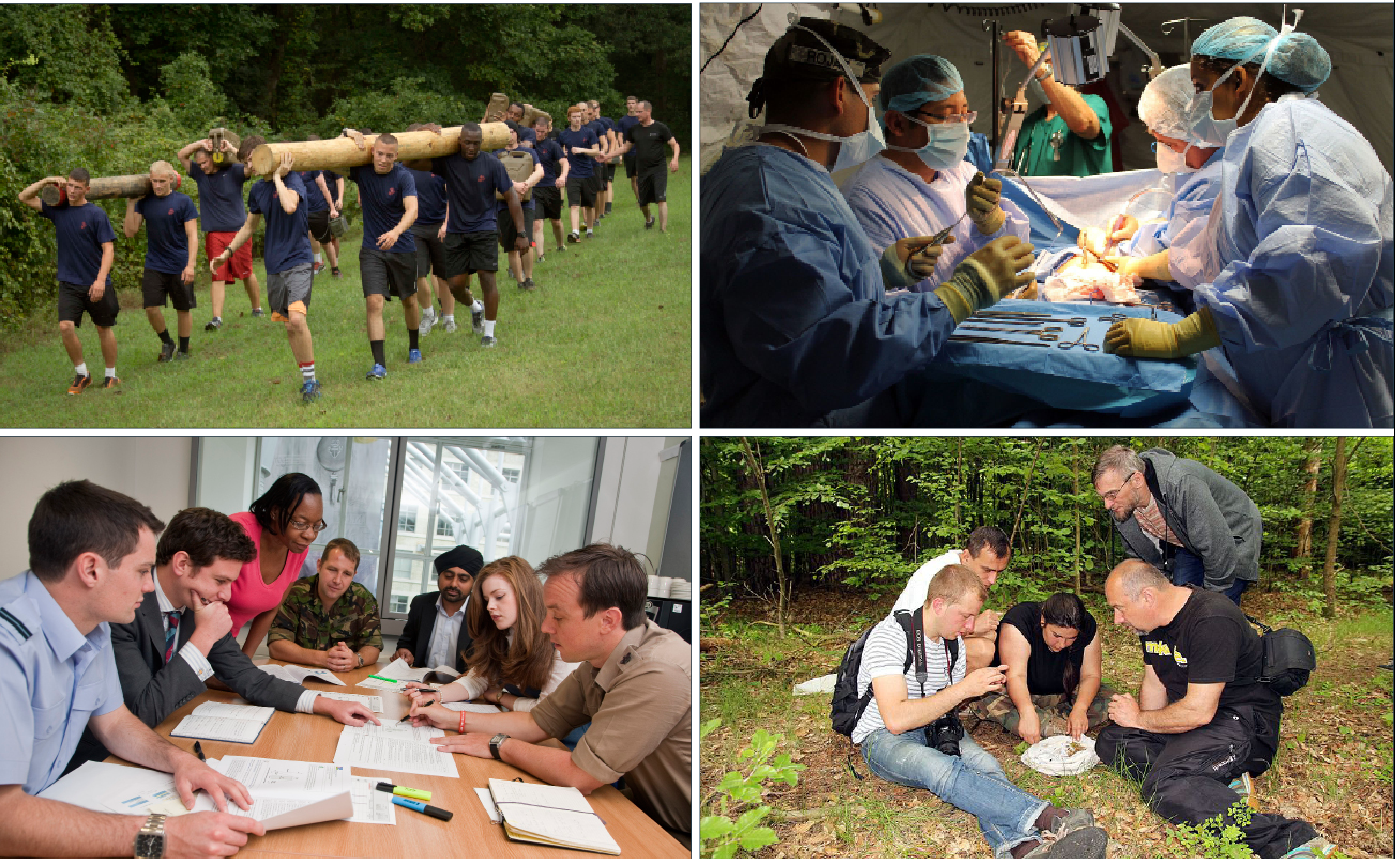 (L-R, clockwise): Teamwork has becoming increasingly common in nearly all professions and fields, such as for Marine Corp recruits on a challenging hike, a surgical team performing a surgical procedure, scientists in the field working together to collect entomological material and Ministry of Defense civilian and military staff discussing issues in a meeting. Team composition and dynamics can be used to predict team performance. / Photos Credit: Wikimedia Commons

As knowledge work becomes more complex, organizations increasingly assign tasks to teams rather than individuals. Working in teams has become more common in the modern workplace, whether it’s at the office, in the lab or field or at school. Questions then naturally arise, including what factors define team performance and how team performance can be best predicted for a specific task.

Previous research on teams has largely focused on team composition and its relationship with performance — for example, how the skills, personality and expertise of each individual affect the overall team’s performance.

Recognizing the need for research on the team itself in terms of team dynamics or the process of team behavior, researchers at UC Santa Barbara investigated the dynamics of team collaboration and how they predict team performance.

“When we included these team dynamics features, the model for predicting team performance was much stronger and more reliable than just including the team composition features overall,” Young Ji Kim, a communication assistant professor at UCSB, said. “In fact, we found that the role of dynamics of team collaboration predicts the team performance more [accurately] than team compositional features alone.”

Published in the journal PLoS ONE, the study “Dynamics of collective performance in collaboration networks” featured a collaboration between Kim, computer science Ph.D. students and professors at UCSB and a management professor from MIT. Funded by the Army Research Office, they analyzed how the connections between team members and how they communicated with each other related to the quality of team output.

The primary data the authors analyzed used the Platform for Online Group Studies (POGS) for data collection. Participants were randomly assigned to a team and completed various tasks over the course of an hour. The researchers then measured team performance by scoring how well the teams had completed each task. In teams of four or five, members communicated with each other through a text chat feature which showed senders and timestamps of messages. The scientists used the chat data to analyze the network of team communication.

With data from a study done in 2014, Kim and her team replicated previous findings indicating that team composition impacts team performance.

When creating a team, Kim stated, ensuring a high average level of social perceptiveness will foster team collaboration and productivity.

The researchers also noted that the ratio of females on a team mattered, with more women on a team linked to higher team performance.

Kim and her colleagues next analyzed the data with greater focus on the dynamics of team behavior to understand their effect on team performance.

Another finding was that the more connected the communication network was, the higher the team performance.

“We constructed networks based on people’s response patterns. If you respond to me, then there is a tie created between you and I, and so we construct a network in this way. When the network is more dense — meaning that everyone is connected to each other within the team and not just one person is always responding to another person, in particular — and that density is uniformly distributed — meaning that it’s not centralized to one person and everyone in the team participates in responding to other people’s messages — then the team performance is higher,” Kim said. 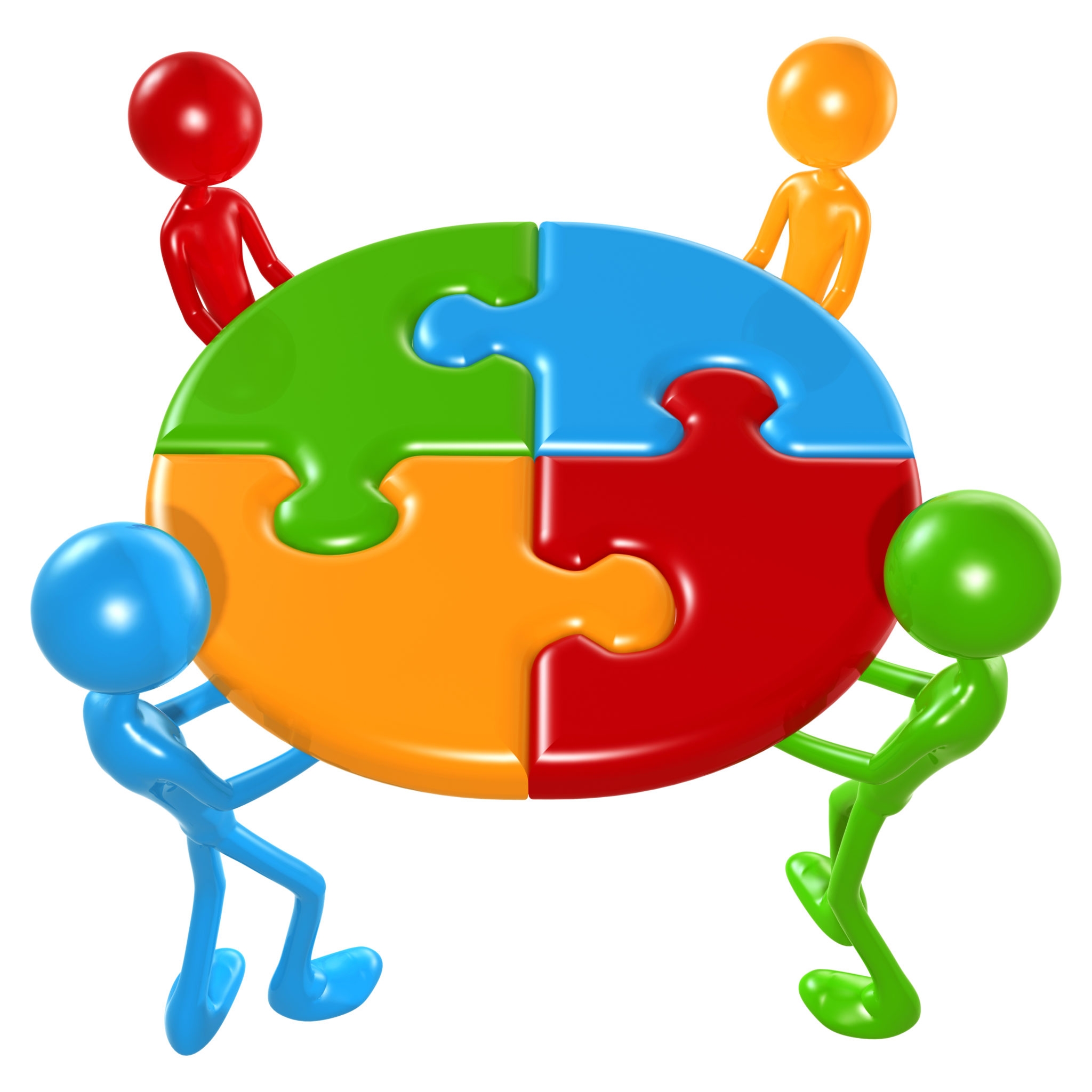 Certain factors of teams, such as a high average level of social perceptiveness and a more connected communication network with evenly distributed connections, are linked to higher team performance. / Courtesy of Wikimedia Commons

From the study’s results, the scientists recommend that team managements generate teams with a high level of social perceptiveness for “good grounds for positive team interactions.”

In terms of team dynamics, team members should communicate “frequently and vibrantly” and with as many people as possible on the team so that connections are more evenly distributed amongst each member, according to Kim.

“For example, students are working on study projects for their classes. It’s often the case that a few people take leadership and then talk to some other people that they favor or work well with together. And that seems easy. But that doesn’t necessarily lead to a good performance in the team. You need to try to include everyone in the team and try to communicate a lot and in roughly equal amounts with other people in the team. We should be a little more democratic and decentralized,” she said.

One point Kim emphasized was how this study allowed her to participate in interdisciplinary collaboration between communication, management and computer science, and for each discipline to learn from one another.

“We often stress the importance of this kind of interdisciplinary collaboration because it’s supposed to generate newer and more exciting knowledge, but in reality, it’s hard to actually combine efforts from different disciplines,” Kim said. “But with our efforts and some funding help, we were able to do this. And it was a great experience. I learned a lot from computer science colleagues, and then they learned something from our social scientific insight and theory. I hope that more research is done that combines knowledge from different areas and different disciplines. I think this [study] was a good example of that kind of effort.”

In other breaking news, UCSB social scientists demonstrate that lack of food is implicated in feelings of hunger (and related implications — such as loss of stamina).