In 1968 and 2012, black students at UC Santa Barbara put forth a list of demands to the administration, calling for inclusivity and additional resources on campus.

While progress has been made over the years, many of those demands remain unresolved. 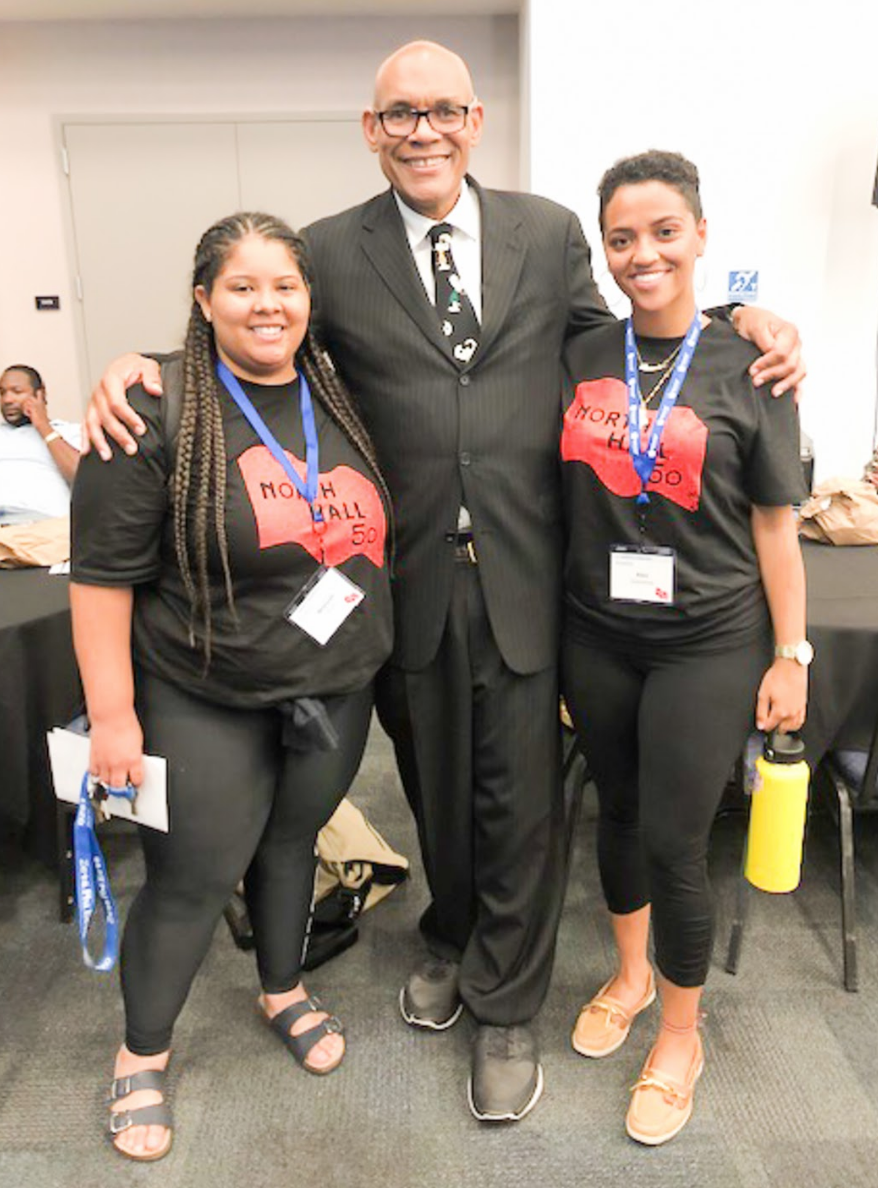 BSU students are currently working to update the demands from 2012. Courtesy of Alexandra Gessesse

The North Hall Takeover of 1968 led to the creation of the Black Studies department, which now offers a diverse set of courses encompassing traditional subjects like the history of black Americans as well as more specialized courses detailing Caribbean studies, the black radical tradition and the history of jazz music.

Professor Jeffrey Stewart, who works in the department and helped organize the North Hall Takeover: 50 Years After conference that took place at UC Santa Barbara earlier this month, is proud of the growth the department has seen since its creation.

“We feel that our very existence here is due to their vision and their activism, so we try to honor that with these anniversary celebrations,” Stewart said.

Stewart cites a “critical apparatus” and activism as the two leading tenets of the Black Studies department.

Not only does the department teach its students to be critical consumers of the information presented to them, but it also emphasizes the need for activism and the role it’s played in creating the America we live in today, he said.

“Activism sometimes is looked down on in the larger political landscape but I think if you look at change in America, much of it has come about because people have been activists,” he said.

Despite its growth, the department is currently struggling with a shortage of professors.

While Stewart said the problem is mostly temporary due to professors who have passed away or recently left, he said the larger problem is the lack of attention to the humanities as a whole.

“The university is internationally known for its science and engineering, so that’s kind of what they’re always emphasizing,” said Stewart said.

“When it comes to interdisciplinary departments like black studies, feminist studies… sometimes it’s a struggle to get administrators to see that part of the education here is not just getting technical education, it’s education to become a citizen, and to be a globally aware citizen.”

UCSB has a long history of activism, particularly within the Black Student Union (BSU).

BSU students are currently working to update the demands from 2012 and cite their two biggest concerns as the resources available for black educators and the “recruitment and retention of black students,” according to BSU Chair Mariyah Lewis.

“Seeing how the office engages with the retention and recruitment of black students… is one of the indicative efforts of how strong and how serious the demands are, ranging from 1968 all the way to 2012,” said Alexandra Gessesse, whose position in the Office of Admissions as diversity intern was a direct result of previous BSU demands.

Dalton Nezey, one of the original members of the North Hall Takeover, echoed similar sentiments in establishing strong, consistent professors in the Black Studies department.

Samantha Sanchez, who is leading the seven-member BSU demands team, says most of the demands have received money allocated toward their completion.

The team is now responsible for making sure the money is used correctly.

The demands are constantly evolving, as the needs of black students at UCSB evolve, and Sanchez says the main goal of the demands team is to “assess the state of the black community on campus.”

“What we have left right now is just to ensure the overall well-being of black students and black people on campus,” she added.

The addition of two black psychologists in Counseling and Psychological Services and the creation of the diversity intern position in the Admissions Office are two of the demands from 2012 that have already been met.

There are still many demands left incomplete, however, including one asking for a display in North Hall memorializing the North Hall Takeover and a database of contact information for black students to allow for faculty or BSU leaders to “extend resources to our community more systematically and rigorously,” according to the 2012 demands.

“I think that the things that we’re implementing will allow for us to see change happen in a very institutional and lasting way,” Sanchez said. “I’m excited to see where it goes after I graduate.”

A version of the article appeared on p.4 of the Oct. 25 print edition of the Daily Nexus.

What an incredible waste of time.

do they mean “chicano”?

Yep, that’s what my company looks for in hiring; ethnic study degrees.

Explain. Why is the trash collection hiring department so selective?

When will they create a white studies department???

Check the Education Dept — and go to Counseling Psychology (other Universities have White Studies under Clinical Psychology — but our Psych & Brain Sciences Dept does not offer clinical instruction).

lmaoooo let me guess, are you a white cis male? you do know we predominately learn about american history in public schools and not taught about intersectionality or how to not be an entitled piece of trash