The Daily Nexus
News
A.S. Senate Tables Judicial Council Appointment for the Third Week in a Row
October 17, 2018 at 11:34 pm by Sanya Kamidi 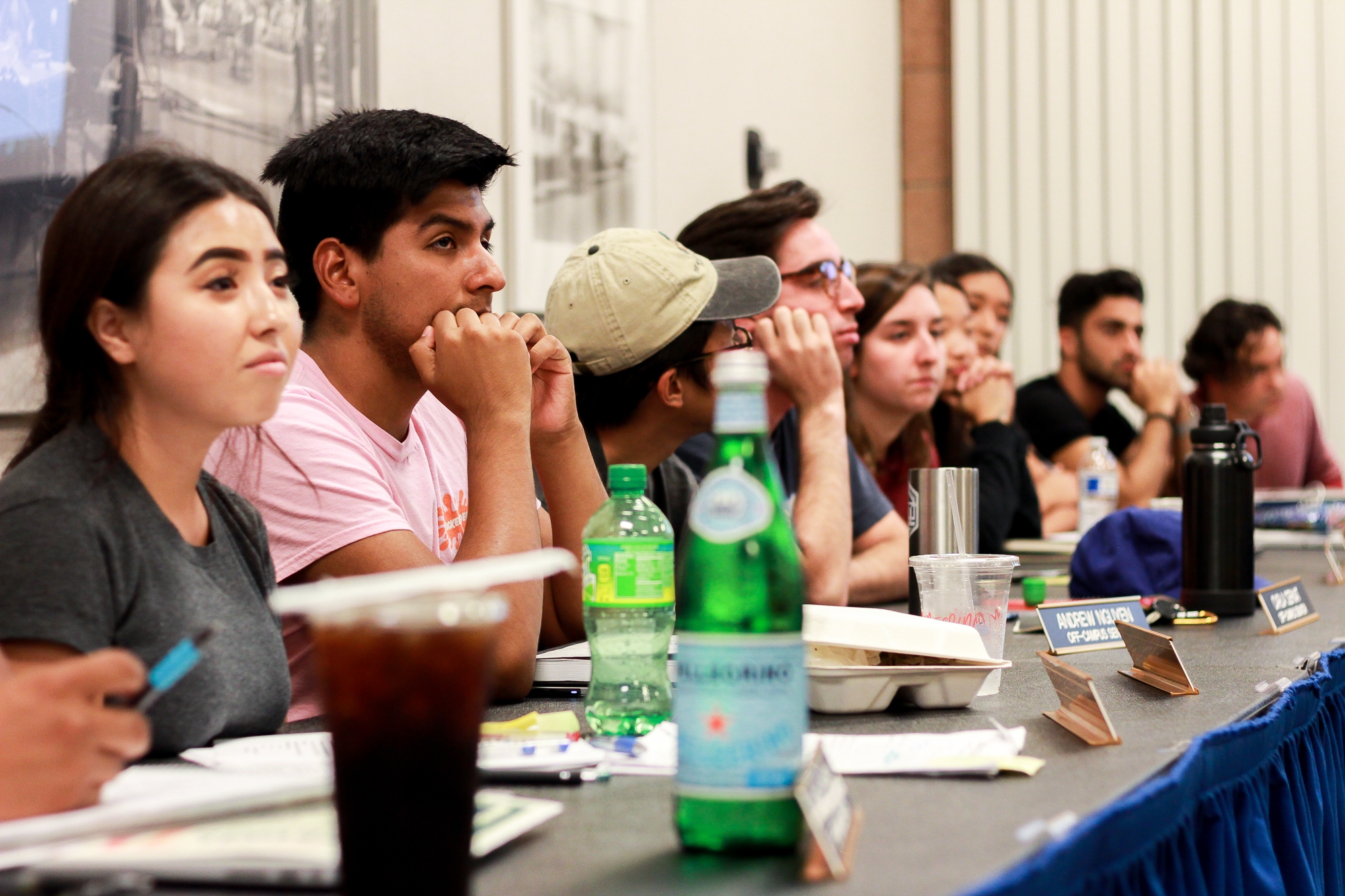 The idea to table Nilsen’s nomination until Kopel selects four other Council members came from Kopel herself during her Associated Students (A.S.) President’s report at the Senate meeting Wednesday evening.

Kopel’s plan moving forward is to have the Committee on Committees (COC) to review all the applications and present its recommendations to her.

From there, she will conduct her own interviews and present the Senate with her preferred candidates.

“You all have complete free range to question those nominees themselves and get to know them, ask any questions you might have, and then it’s up to you to decide,” Kopel said to the Senate.

“If you want to vote yes or vote no, that’s your power.”

Kopel’s recommendation to the Senate comes after two consecutive weeks of Senate tabling her nomination.

The Senate first requested to question Nilsen about his qualifications and potential biases during the Oct. 3 Senate meeting. After learning there were over 35 applications waiting to be reviewed during the Oct. 10 meeting, they then debated whether Nilsen was the most qualified for the position.

Several senators also presented doubts about whether Nilsen would be biased in his position, given his previous working relationship with Kopel through UCSB’s mock trial team.

These claims come at a particularly tumultuous time for the Judicial Council, which is waiting to review two petitions regarding last spring’s elections.

One petition could null the results of the EVPSA special election currently underway, and the other could remove all Campus United candidates, including Kopel herself, from their positions.

Currently, the Council cannot make headway on these petitions because it is unable to meet quorum, with only second-year history of public policy and political science double major Raymond Alonso sitting on the council.

The Council serves as the Supreme Court of A.S. and operates as an independent, nonpartisan body.

It’s quite ridiculous that the senate thinks they should be the ones deciding who to appoint. The president is supposed to pick who he/she/they want and the senates supposed to either confirm or not confirm them. This is really stupid and it’s obvious that senators just want to reject Kopels appointment because of party politics.