The Associated Students Senate unanimously passed three resolutions in support of the American Federation of State, County, and Municipal Employees strike scheduled for next week. 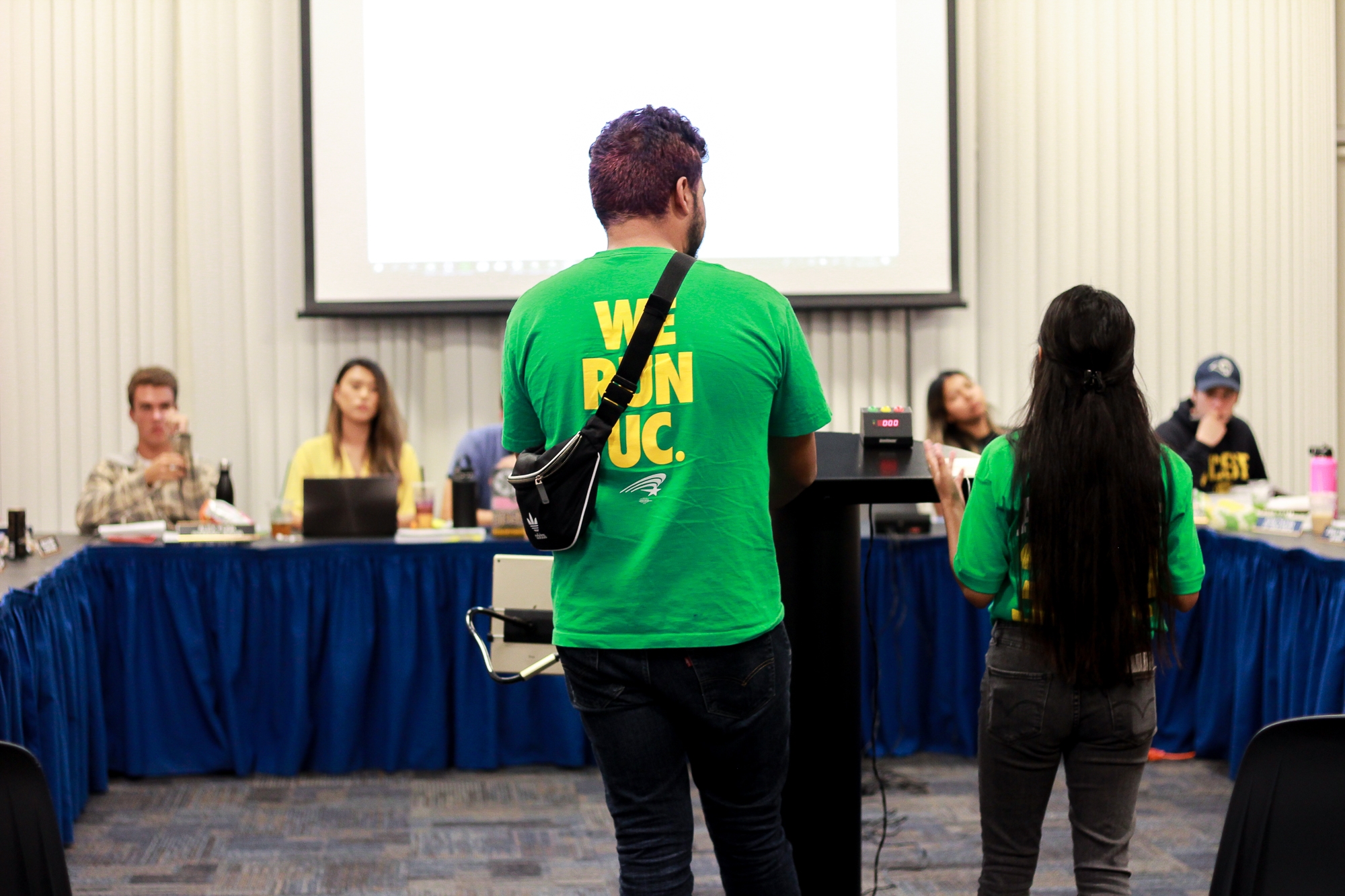 The first resolution, authored by Solomon and Toubian, offers the Associated Students (A.S.) Main space as a “safe space for the workers to decompress” for the duration of the strike.

“I think it’s important to have the institutional support behind the workers who are really just asking for fair wages and stable benefits,” Solomon said.

It also asks the Senate to formally endorse the strike and requests the Office of the Student Advocate (OSA) have a representative at the strike to offer OSA resources and services for the workers on strike.

Student Advocate General (S.A.G.) Grecia Martinez will also be purchasing $600 worth of food and beverages for the workers through the Senate’s unallocated funds.

The Senate decided to double the original amount requested ($300) after learning that the strike is expecting approximately 500 students per day.

The resolution also calls upon A.S. President Brooke Kopel and Chancellor Henry T. Yang to write a letter in support of the strike to Janet Napolitano, UCOP (UC Office of the President), the UC Board of Regents and UC Labor Relations.

“I will readily write the letter and consult the authors of the resolution and students that worked on it for input on the letter,” Kopel said.

The second resolution, authored by Palmerin and Briseno, calls for an A.S. “work stoppage” in support of the strike. It promises to compensate the A.S. student workers who sign in at the strike and miss their shifts.

The A.S. entities that will be affected by the work stoppage include the A.S Bike Shop, A.S. Recycling, A.S. Department of Public Worms, A.S. Zero Waste Committee, A.S. Publications and the A.S Main building, according to the resolution.

Facilities including the A.S. Food Bank and the A.S. Legal Resource Center will not be closed due to the nature of the services they provide for students.

The resolution also requires no police presence in A.S. Main for the duration of the strike.

The third resolution, authored by Cornejo and Uribe, encourages student workers to strike in solidarity and “endorses the usage of any and all AS resources in providing aid” to students who do so.

American Federation of State, County, and Municipal Employees (AFSCME) plans to strike from Oct. 23 to Oct. 25 to protest a “year and a half of deadlocked negotiations [and] concerns about growing racial and gender disparities within UC’s workforce,” according to a press release from AFSCME spokesperson John de los Angeles.

Numerous undergraduate and graduate students spoke at public forum, calling for the A.S. Senate to pass the resolutions and personally show their support by showing up at the picket line.

“It’s time for you to support us, so that we can support you,” Juan Donato, lead groundskeeper and Member Action Team for AFSCME, said.

The only thing that AFSCME doesn’t care about is patients. I worked for 25 years at a state run hospital. I was horrified on a daily basis by union members who spent the whole shift hiding from work, or proudly spouting “It is not in the contract” as they let patients suffer.

seriously? anyone who talks with AFSCME workers knows this isn’t true. These are people who are working hard for patients, and on our campus, students. I think people shouldn’t have to work 3 jobs to live within a two-hour drive of their workplace. do you?

So I’m a liar? Did you work 25 years as an AFSCME member? You have an agenda but no idea what you are talking about. I have to live with the union nonsense every day.

” I think people shouldn’t have to work 3 jobs to live within a two-hour drive of their workplace. do you?”

Everyone should have the right to live wherever s/he chooses. If that proves financially unfeasible, the government should give them all the funding needed to exercise their right to live and work anywhere and anyway they want. BTW, this is a god given right –no?

I want to live on the beach at Malibu. Should the government fund my dream?