The Daily Nexus
News
Edible Campus Program Breaks Ground on Its Biggest Project Yet
October 11, 2018 at 12:04 am by Simren Verma

UC Santa Barbara’s Edible Campus Program officially broke ground on a new, 13,000 square foot farm on Wednesday, committing to donating all of the food grown from their biggest project yet to UCSB students facing food insecurity.

Specifically, the program plans to donate the food from the farm to the Associated Students (A.S.) Food Bank in the University Center and the Miramar Food Pantry located at Sierra Madre Villages, according to sustainability coordinator Katie Maynard. 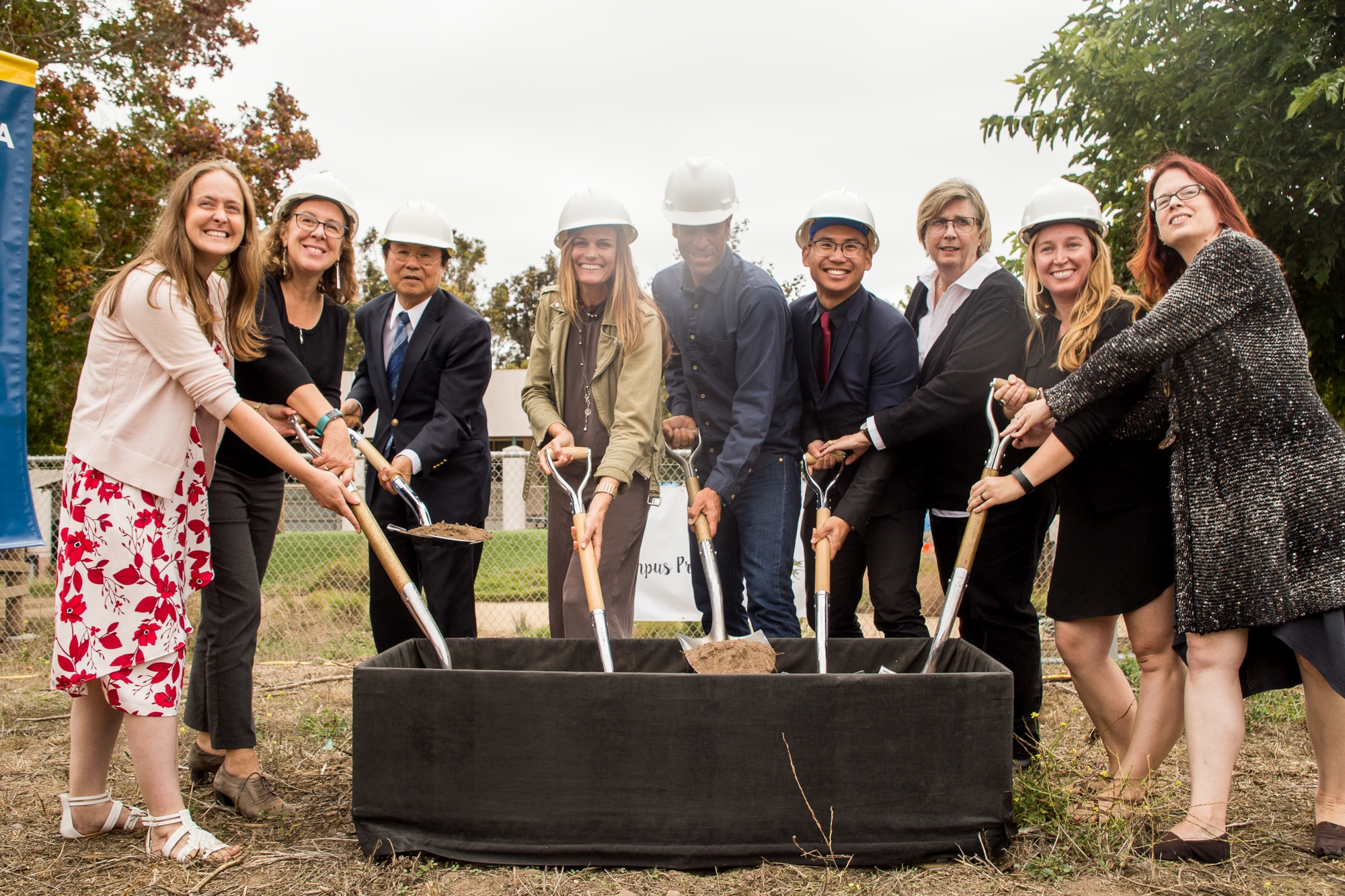 The A.S. Department of Public Worms will be the primary manager of the farm once it is constructed. Nicole Wallace / Daily Nexus

“This project has been something that we’ve been really actively working on for about four years, although it was in our minds even before that,” Maynard said. “In order to get to this stage, we’ve had to work with so many different people.”

Funding for the farm came from the UC Global Food Initiative, A.S. Coastal Fund, the Green Initiative Fund, the Food Security Taskforce, the Healthy Campus Network and the Fund for Santa Barbara Youth Making Change Board, among others.

“Today we’re starting an effort that will help to reclaim food waste and create food for students who need it the most.”

Maynard said the new farm will produce far more food than any of the Edible Campus Program’s current projects. However, she was not able to give an estimate on how much food that would be.

“It is hard to put an exact number on how much we will produce as we are proposing an innovative approach, mother nature is not always predictable, and we haven’t started farming yet,” Maynard said in an email.

The construction of the farm will go through December and the beds for the farm will be built in the winter. The Edible Campus Program will be able to start planting in the spring, Maynard said.

The A.S. Department of Public Worms will be the primary manager of the farm once it is constructed.

“We registered 2,697 students in the last academic year for Calfresh and now we’re creating the space for students to grow their own food through campus gardens and farms,” Klawunn said.

The food will be picked on the farm and delivered to the pantries on the same day, according to Alex Moon, Edible Campus Program student coordinator.

“Our farm is built on a garden movement that stretches back over 40 years at UCSB and even longer in Isla Vista,” Moon said in a speech at the groundbreaking event. “We are so lucky to be a part of a university which celebrates student leadership and engages students in the shared governance of our community.”

“As students, we are given the rare opportunity to dream up new ideas and test them right here on campus.”

Aside from the new farm, the Edible Campus Program is also working on vertical hydroponic gardens at the UCSB Recreation Center, an urban orchard at Storke Plaza and an urban agriculture educational series.

“It takes many hands to make the vision for the student farm a reality,” Chancellor Yang said in a speech at the groundbreaking event. “This farm will be a vital part of our campus food initiative and also our proud sustainability practices.”