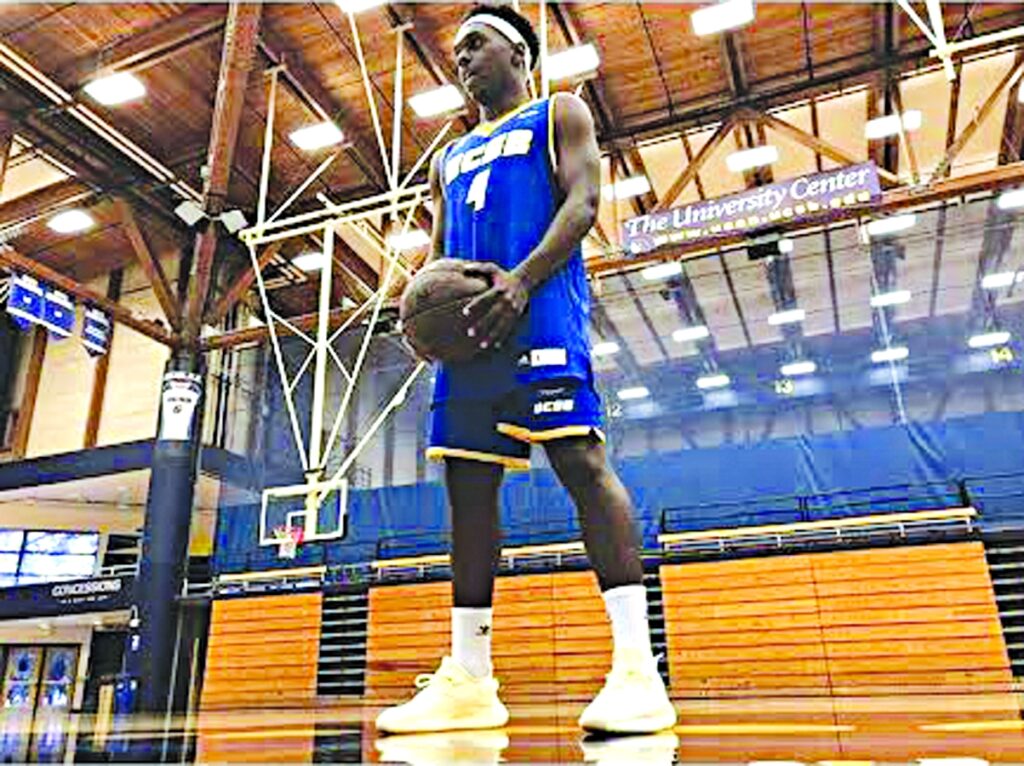 Basketball practice in the Thunderdome is filled with an array of sounds. From the squeak of shoes on the hardwood to the rattle of a missed jump shot, no sound is louder than that of sophomore point guard Devearl Ramsey controlling his offense.

Ramsey has yet to play a game in the Gaucho blue, but his leadership role resembles a composed veteran teammate. The sophomore guard spent last year on the sidelines nursing a stress fracture as a redshirt after he made the move from the University of Nevada to Santa Barbara.

“Last year I tried to watch what the guys were doing and see where I could fit in, how I could make my impact,” Ramsey recalled about his transition. “When I was [recruited] here, Coach P. talked to me a lot about how the offense ran … coming out to play with these guys, we all feel like we have a chip on our shoulders and we all just want to be the best.”

Ramsey headlines a myriad of Gaucho transfers this season, including graduate Alabama guard Ar’mond Davis and former Oregon State point guard JaQuori McLaughlin. Coach Joe Pasternack, now on his second season with the team, has made a significant shift in the program’s recruiting tactics with a greater emphasis on bringing in transfer students.

When Pasternack took over after the 2016-17 season, only one player on the roster was a transfer recruit while the rest of the team was noticeably young. Pasternack rostered three transfers in his first year, all of whom played a significant role in the 16-win turnaround season following an abysmal 2016. Now in Pasternack’s second year, the Gauchos sport five transfer athletes on their roster, which is now composed of an abundance of experienced veteran players.

“He really just wants the best from you; he’s really detailed oriented,” Ramsey said with a grin. “[Pasternack] has some of the qualities that the USA coaches had … I feel like he’s getting the best out of all of us and he’s doing a great job.”

Devearl Ramsey is no stranger to successful basketball programs. Ramsey played high school ball at Sierra Canyon located in Los Angeles, Calif., ranking No. 5 in California and No. 21 nationwide in his final year.

During his sophomore and junior seasons, the point guard was a gold medalist. Ramsey won the FIBA Under-17 World Cup while playing on the same team as Jayson Tatum, Marvin Bagley III and Josh Jackson.

“People like that, they always work hard. They make you want to get in the gym, too; you guys push each other,” Ramsey said. “It’s been great working out with Marvin, he works out with my brother … I’ve been in the gym with a lot of guys like that; it’s good to go at each other.”

Battling back from an injury last season, Devearl zoned in on what aspects of his game could develop with his time off. His older brother Earl works as a trainer in Los Angeles, and together they made significant strides forward during his redshirt year.

“My brother is like my right hand … he’s the reason I went and started playing basketball. He’s been with me every step of the way,” Ramsey expressed about his recent training focus. “Once I started being able to play, I began working on my jump shot … I feel like I’ve really improved my jump shot.”

Heading into his first season as a Gaucho, the sophomore has high expectations for the offense under Coach Pasternack. His transition has been somewhat seamless, and now that the point guard is at 100 percent physically, UCSB will run its high-powered attack through Devearl Ramsey. Expect to hear Ramsey’s voice commanding the floor come game time — it’ll be the loudest noise on the court.

A version of this story appeared on page 6 in the Oct. 11 print edition of the Daily Nexus.