From his mellow psychedelic tunes that you might hear blasting from a dayger on oceanside DP to his diverse background as a young Chicano artist, first-generation American and fellow Dreamer, Cuco epitomizes what UCSB life is all about. He was a perfect fit for the 2018 A.S. Program Board Welcome Back Concert.

Cuco’s demeanor was open and welcoming as he bounced up and down on stage with his crew. Opening act Mu$ty BoYz kicked off the event with a DJ set. In recent months, Cuco has been on tour around the U.S. but has a fan base spanning well outside the states to Mexico, South America, Europe and Asia, to name a few. 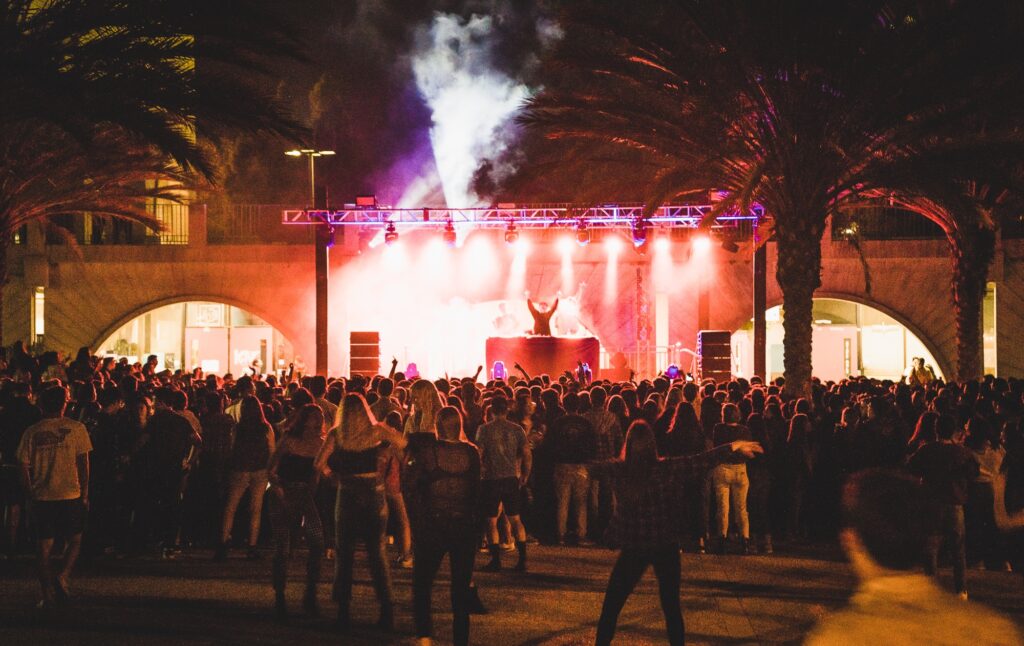 “We haven’t slept in 13 hours,” Cuco said. “We played a show in Illinois last night. This is so cool for me. I didn’t even think this many people were going to show up. UC Santa Barbara goes hard. I see you like to jump, dance and tip, so I’m going to ask the same shit. So y’all promise you’re going to support me, alright? I need y’all to get crazy for this shit.”

The 19-year-old artist, born Omar Banos, began making music during high school from his bedroom in Hawthorne, Calif., just 100 miles down the coast from UCSB. Cuco started out by uploading his Spanish melodies to Bandcamp in 2015. His popularity soared with the release of his 2017 single “Lo Que Siento,” a track in which he discusses dreaming of love when he’s alone. His lyrics are seamless — even though alternating lines can be in different languages, English or Spanish, the song still flows.

Similar to many students of the UCSB population, Cuco grew up in southwest L.A. county as a first-generation Mexican-Americanand can relate to many Dreamers here on campus. The artist is leading by example and through his music, exemplifying that being a Dreamer can make you stronger.

Cuco also identifies with and advocates for members of the LGBTQ+ community. “But what I think is cool also is that I see more artists of color not just coming from Mexican descent but different orientations with their sexuality and gender identity,” he said.

In a recent interview with Pigeons & Planes, he shared his humble start as a young independent artist: “I never had connections at any point to the industry. Like, my life was like literally going to school, watching my mom clean houses, my dad driving limos and every other weekend having a guitar … This is raw, this is me,” the artist said.

Cuco is not motivated by money or “making it big” with a record label; he’s doing music because that’s what he’s always wanted to do. 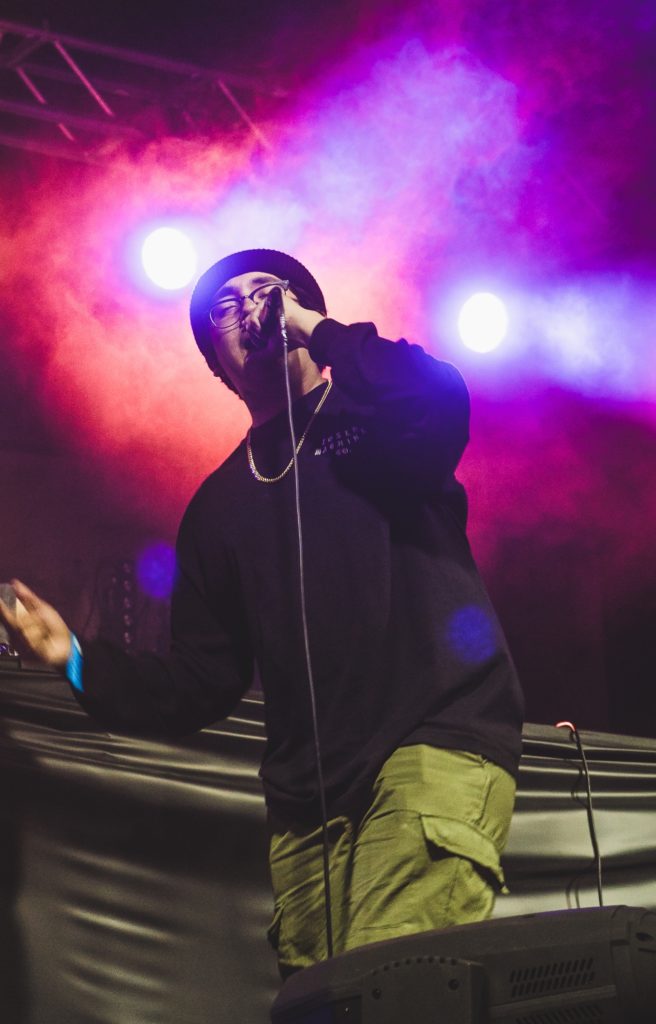 Fusing traditional Latinx music with contemporary indie, Cuco is bridging the gap between the two genres and, in turn, creating his own musical niche. His eclectic sound is not like anything on the charts now. He took a risk keeping close to his roots, and it paid off. His sound melds old influence with his own beats, creating his personalized flare.

Many in the audience connected to his music, even though he is still slightly hesitant to fully embrace his craft. “I don’t know if y’all are going to vibe with my music, but sing this shit with me, alright?” Cuco asked as the audience erupted with cheers.

Despite being approached by record labels, Cuco has resisted, standing strong as an independent artist. Even though many refer to his music as “dream” or “bedroom pop,” Cuco’s music cannot be fully defined.

Cuco has broken barriers not only with his music but also with his messages of tolerance, acceptance and self-love. “I feel like people hate that I’m a guy and I’m making this, like, super soft music,” he once explained, “so I like seeing really big white buff dudes looking all pissed at me because I’m on stage being successful and brown.”

I’ve never heard of Cuco, but he looks like a nerd.