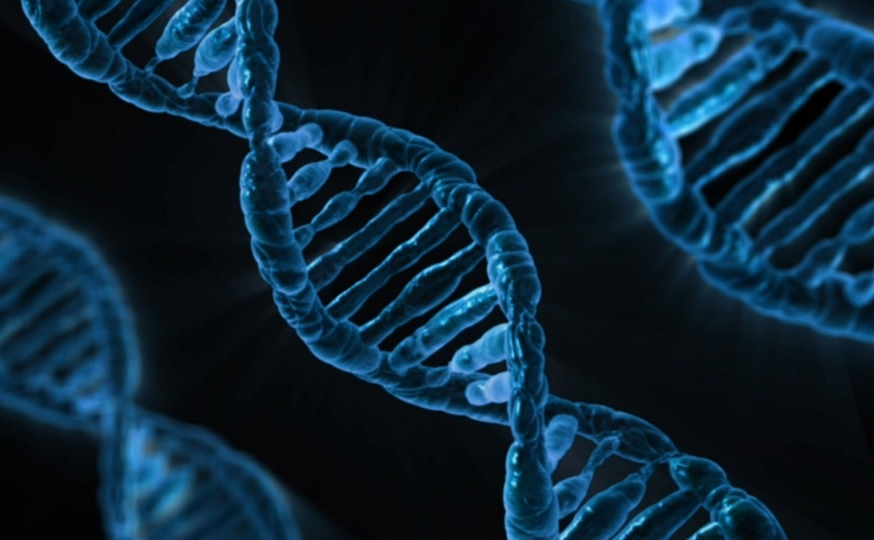 The Reich lab has developed a new method of genome editing, allowing for greater efficiency than current methods and a more detailed study of genetic changes at different points in individual cells’ life cycles. / Courtesy of Wikimedia Commons

Genetic engineering has made tremendous leaps in the past few years thanks to revolutionary technologies like CRISPR-Cas9, which allows scientists to efficiently delete or add specific parts of a cell’s genome. But these methods are only as good as their ability to bypass cells’ trash disposal mechanism, which evolved as a self-defense method to break down harmful foreign proteins, pathogens or damaged cellular structures.

Enter an innovative new method of infrared light-triggered genome editing that can efficiently bypass this trash disposal mechanism. It is estimated to be 100 to 100,000 times more efficient than current methods.

This unique method of genome editing gives scientists complete control over when and where genetic material is delivered to cells, allowing for detailed study of genetic changes at different points in a cell’s life cycle. For the first time, scientists can precisely target individual cells for genomic editing. This powerful ability could allow each cell to become its own experiment.

Genetic material is attached to the gold particles along with special peptides that act as “keys,” allowing the genetic material access into the cell, Morgan said. Once inside, the cell’s trash disposal mechanism kicks in, entrapping the gold particles in an endosome and blocking the release of their genetic material.
“This is a problem for a lot of delivery methods; the material gets stuck in the endosomes and never gets out,” said Morgan. “With our technology, the near-infrared light allows for the release of the cargo and protein from the endosome.”

The gold nanospheres are specially tuned to act as a homing beacon for the microscope-targeted laser, which “excites” the nanoparticles on the surface of the gold and creates tiny bubbles that burst the endosome, causing it to free the genetic material for editing, Morgan explained. The microscope-targeted laser, which is entirely harmless to human and animal cells, allows for real-time monitoring of cellular changes and can be aimed at any cell at any time. 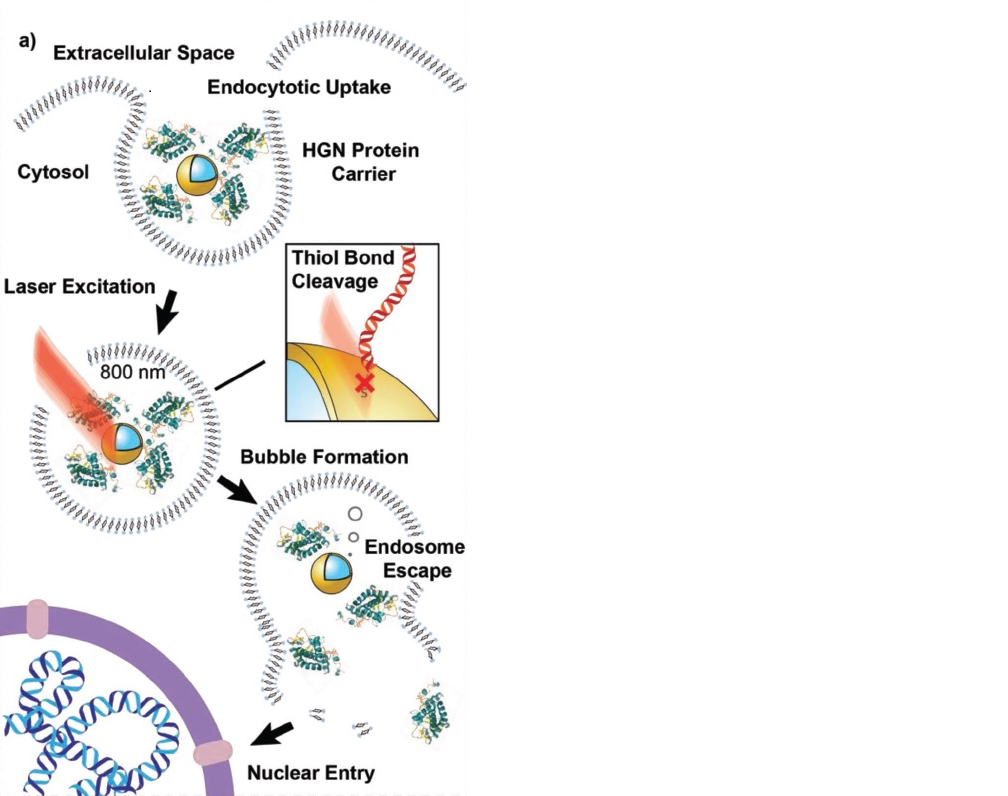 The innovative method of delivering gene editing enzymes uses light-activation, such as by laser irradiation. / Courtesy of Erin Morgan

“Even if our particles are internalized, whatever’s on the surface will not be effective until we hit them with the laser,” Morgan said. “That’s really what allows for the spatial and temporal control.”

Because of its extreme precision and efficiency, this technology could be used for any number of cutting-edge gene therapies in the future.

The technology uses the CRE enzyme like a pair of scissors to cut DNA that scientists want to remove and reinsert pieces they want to replace it with. Morgan is now working to use the Cas9 enzyme and other gene-editing technologies with the gold and infrared light method.

“The field is constantly evolving,” Morgan said. “We’re trying to deliver different proteins and create a new technology for other scientists to use in order to continue their studies.”

Research on this project was conducted also by lead author Norbert Reich and co-authors Megan McAdams and Amanda B. Chron of UC Santa Barbara, as well as Jeong Eun Shin and Joseph Zasadzinski of the University of Minnesota. Their paper is published in the journal Small.