The Daily Nexus
News
UCSB Researcher Arrested For Lewd Acts on Child Under 14
September 27, 2018 at 12:03 am by Sanya Kamidi

A UC Santa Barbara chemistry researcher was arrested on Sept. 6 for lewd and lascivious acts on a child under 14 years old, according to police.

The researcher, 51-year-old Hongjun Zhou, was taken into custody by the University of California Santa Barbara Police Department (UCPD) after the crime was reported by the guardian of the minor, said Rob Romero, UCPD Acting Lieutenant. 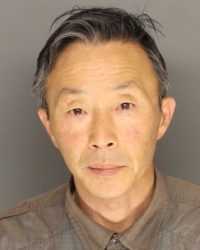 UCPD then obtained a search warrant for Zhou’s home and took items that were deemed “evidence-worthy.”

Zhou spent approximately 24 hours at the Santa Barbara County Jail before he was released on a $100,000 bail.

The Santa Barbara Independent first reported that the molestation occurred on campus property, which Romero confirmed. He was unable to specify exactly where on campus because it is an ongoing investigation.

“There’s still a lot of work to be done, and once it’s all completed it’ll be submitted to the district attorney’s office for review,” Romero said.

Zhou has been with the university since March of 2004 and works in the biology and chemistry department as the director of the Nuclear Magnetic Resonance Facility.

Zhou is still currently employed by the university, according to university spokesperson Andrea Estrada.

The Nexus also reached out to all professors listed on the chemistry department faculty page, most of whom responded they were previously unaware of Zhou’s arrest or are “still processing things” themselves, as stated by one professor. Two other professors described Zhou as “completely professional” and “courteous.”

Krista Mastres, management services officer for the chemistry department, said she had been advised by Public Affairs not to speak on the matter due to the ongoing investigation.