The Daily Nexus
News
Out with the Old, In with the New: Latest Additions to Isla Vista
September 27, 2018 at 12:05 am by Sofía Mejías-Pascoe

At least six businesses closed down in Isla Vista during the past year due to loss of profitability and the need to change locations among other reasons. The duration of their stay in I.V. ranged from several months to 22 years.

Sorriso Italiano, Kaptain’s Firehouse BBQ, Hiwi Tropical Fusion and Juice It Up, The Grilled Cheese Truck Stop, Rincon Brewery and Hempwise have all shut their doors in I.V.; some are moving to new locations while others are closing permanently. 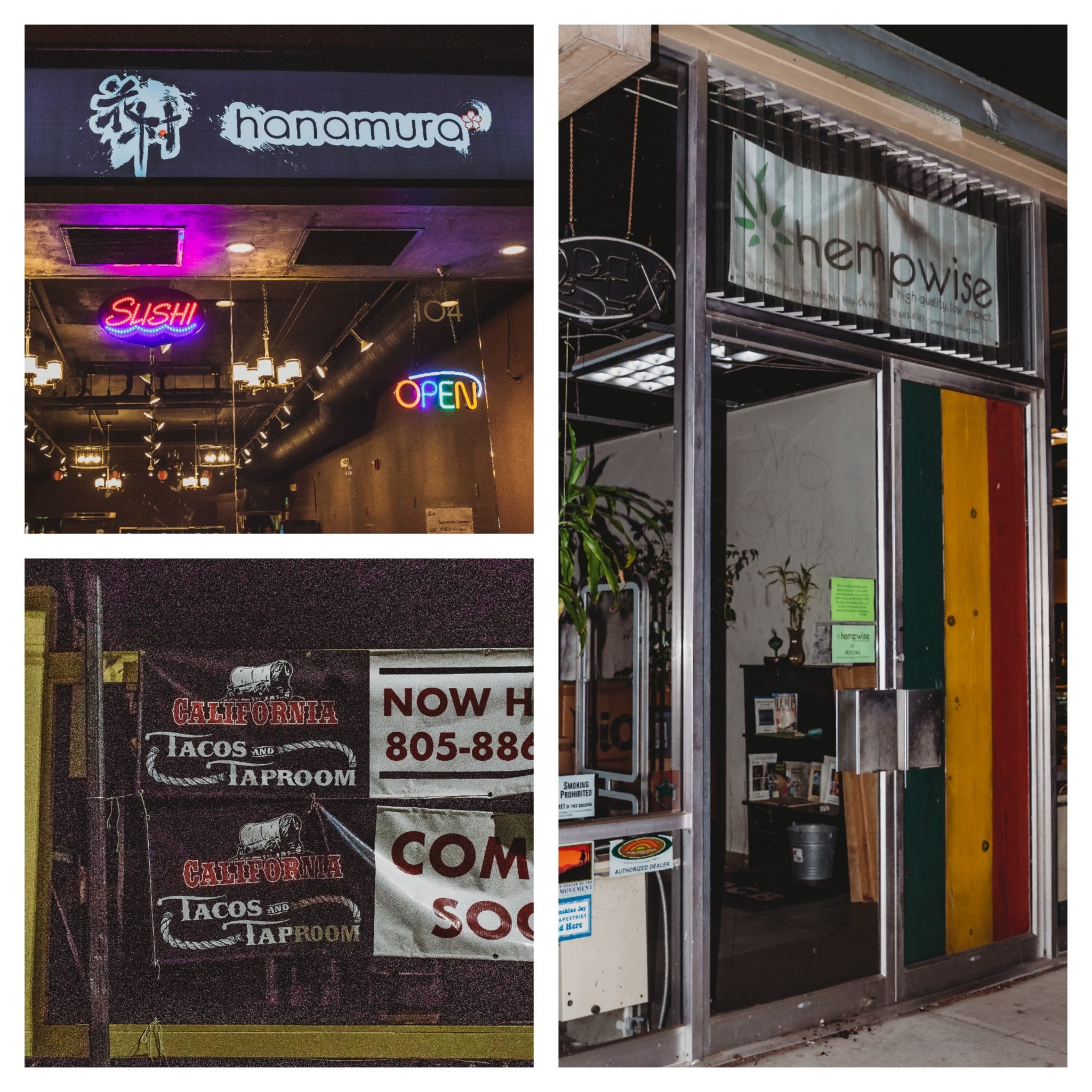 Hempwise – a hemp and cannabis culture store and smoke shop – was the most recent business to close. It had been located at 971 Embarcadero Del Mar for 14 years and at 6578 Trigo Road for eight years before that, according to Alfonso Espino, Hempwise owner.

“We were really all about kind of being a hub for the community and… being there for people who are interested in these types of things, especially alternative resources,” Espino said.

“[We have] been kind of scrambling for a new location and haven’t been able to find anything in I.V., but hopefully we’ll find something soon,” Espino said.

Hempwise had their last business day this past Monday and will be completely out of the building by the end of this month. Espino is still unsure when or where he will be able to open a new location.

The authentic Italian stop at 901 Embarcadero Del Mar closed in early June of this year, ending five years of business in I.V. with a wine tasting party.

The owners, Antonio and Elisabetta Gerli, worked together in the restaurant, dividing the work between themselves. The long shifts and time taken away from family was a significant reason for closing, according to Antonio.

“There are different reasons, but I think the most important was that my wife was the chef and I was in the front so we worked like 14 hours a day and we have a family,” Antonio said.

The couple recently accepted positions at Due Lune Cucina, an Italian restaurant in Santa Barbara. Antonio now works there as a manager and Elisabetta as executive chef. While they are enjoying the benefits of a lighter schedule, Antonio still reminisces on their time in I.V.

“I miss Isla Vista because that was a great environment and good vibe, but you know, sometimes… you need to change your chapter of your life and we did it,” Gerli said.

Once wedged between Study Hall and Varsity Bike Shop at 6543 Pardall Road, Kaptain’s Firehouse BBQ shut down its location during UC Santa Barbara’s winter break in 2017.

When it opened back in 2013, Kaptain’s Firehouse BBQ was a division of a larger company which also caters to festivals and large venues among other events.

Despite its popularity in the early years as well as in other divisions of the company, the loss of popularity at the location in I.V. was a factor in its closure, according to Michael “The Kaptain” Gould, owner of the company.

“For the first three years, we rocked it. We did really really really well. It was the last two years where it just became kind of stagnant,” The Kaptain said. “We made a couple changes to the menu, but it was kind of that I.V. rotation of restaurants that come through and it seemed like we had our run.”

After expansions and growing success in the other divisions of his company, The Kaptain decided to close down the location in I.V. to concentrate on his other projects.

“The easier thing to do would be to close I.V. and focus on, you know, where all our money was at.”

The Kaptain recently opened a new division of his company which serves cold brew coffee and micro-brews at events, along with ribs, grilled wings and corn that was emblematic of the shack.

Hiwi Tropical Fusion and Juice It Up, The Grilled Cheese Truck Stop and Rincon Brewery could not be reached for comment.

While these businesses are closing their doors, new ones such as Hanamura on Embarcadero Del Mar, One Piece on Pardall Street and California Tacos and Taproom on Embarcadero del Norte have eagerly moved into their places.

The fourth location of the Mexican fusion taco joint California Tacos and Taproom moved in the lot formerly occupied by The Grilled Cheese Truck Stop in August. Alex Uribe, the owner of the company, said he will be adding elements specifically designed for the demographic in Isla Vista, including televisions, 12 to 16 brews on tap and enhanced outdoor seating areas.

“I think what was lacking before was a little bit of personality,” Uribe said. “I think that the students are looking for a good place to hang out, to have good food, a good atmosphere.”

Uribe is confident that the atmosphere of the restaurant and items of the menu will draw popularity to a notoriously unsuccessful property in I.V.

Uribe, a UCSB alum, will also have his son, a current UCSB student, managing the restaurant and providing a student perspective on the business.

“I used to go to UCSB a long time ago so I’m a little familiar with the area and although everything you know changes and evolves, I think I have a little bit better understanding than a regular person would come in and didn’t come to the school.”

Uribe estimates California Tacos and Taproom will officially open around October 15 of this year.

Hanamura and One Piece could not be reached for comment.