The Daily Nexus
Previews: What's Going On
Miguel to Elevate the SB Bowl
September 20, 2018 at 4:37 pm by Max Pasion-Gonzales 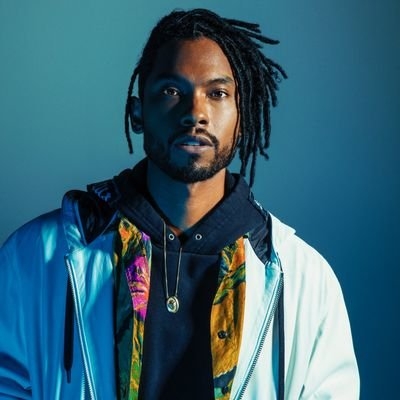 Lurking behind the scenes of pop’s superheroes –– Drake, Beyonce, Rihanna –– are artists delightfully worthwhile and arguably matching in talent, known as the sleepers. Perhaps the most “slept on,” or often unrecognized of this group of unsung talent is the dark horse of pop, the Latin response to American music, Miguel. Coming off of an incredibly focused and high energy fourth project “War and Leisure,” from 2017, Miguel has been on the road as of late for his “Ascension Tour,” of North America. The tour, presumably named with relation to his hit single “Sky Walker,” has already worked its’ way West across the United States, and will be hitting the Santa Barbara Bowl this Friday the 21st. After a year of touring off of his recent success, and with special guest DVSN along the way for this stretch, the SB Bowl stage is set for a wavy end to the summer.

Miguel first rose to prominence in 2010 with his debut studio album All I Want is You, which was met with positive critical acclaim and common recognition of Miguel as one of R&B’s up and comers. His next album Kaleidoscope Dream, which came two years later, further cemented Miguel as a force to be reckoned with in music, and even earned him a Grammy for the projects opening track “Adorn.” It wasn’t until his 2014 strong shift Wildheart, however, that he really earned universal recognition for his artistry and creative bravery. A highlight in his career, Wildheart was much more raw, edgy, electronic, and gritty than any of his previous work. The album was released behind a multitude of daunting singles, including the rock influenced “Hollywood Dreams,” and upbeat dream hit “coffee,” also paired with a Wale remix appropriately titled “Coffee (F***ing)”. It also featured hit track “the valley,” a raw and deeply sexual pulse that feels reminiscent of Nine Inch Nails “Closer.” The haunting 808’s and intense lyrical imagery throughout worked to function as a Yeezus-esque mark to his discography, taking a sharp but poignant left turn musically and proving the diversity of the promising musician.

This of course leads us to Miguel’s most recent work which is by far his most positive, dreamy, and refined of his career, the feel good answer to his darkness of Wildheart, the 2017 powerhouse of War and Leisure. The album featured previously released singles “Pineapple Skies,” as well as his hit ode to magic mushrooms, “Sky Walker,” which featured the vibrant, melodic vocals of rap superstar Travis Scott. War and Leisure, features Miguel’s beautifully smooth vocals at their best and most crisp along with a wide variety of bright production, making an upbeat and dynamic listen from start to finish. The work is dense and consistent, featuring a plethora of strong tracks apart from the lead singles such as “Banana Clip,” which features an elaborate lyrical metaphor comparing Miguel’s love for a significant other to the length of a firearm’s extended clip, and latin inspired jam “Caramelo Duro,” (Hard Candy, for any non-Spanish speakers out there), which features rising soul sensation Kali Uchis. Overflowing with personality and ambition, War and Leisure, is a must for R&B and pop fans alike, proving to be a fitting centerpiece for the Ascension tour.

Although he may not be a first thought for the A-list of today’s musical untouchables, Miguel is here to stay. He is undoubtedly in the prime of his career and only shows promise and potential to come. His live setting has proven to be divine in the past, and this tour likely shows no different.