The Daily Nexus
Previews: What's Going On
Get Your Be-hinds Ready for Hinds
September 20, 2018 at 4:40 pm by Kristina Valencia 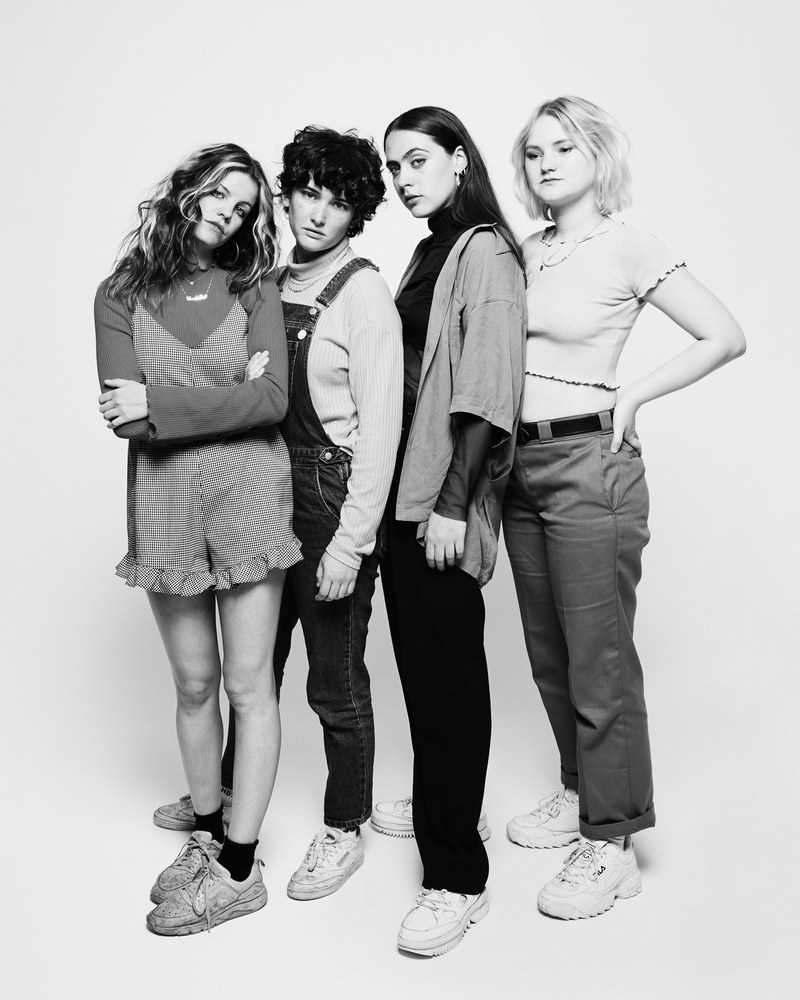 Originally just a bubbly duo from Madrid, Spain, Hinds has grown into an all-female quartet with a unique kind of spice and punch unmatched by anyone else in the current indie music scene. What sets Hinds apart from so many others is their spirit that they successfully manage to communicate through their lo-fi, garage rock sound. Focused more on making music they enjoy rather than creating what seems to be the most profitable sound, Hinds fully embodies what it means to be fun, confident and carefree.

Fresh off the release of their second studio album, I Don’t Run, Hinds will be taking the stage of Santa Barbara’s very own SOhO on Sept. 22.

Like many other indie bands, Hinds got their start on Bandcamp with the original band name “Deers,” which was comprised of founding members Carlotta Cosials and Ana García Perrote. In 2014, their EP “Demo” gained them significant recognition after receiving approval from magazines like NME and various musicians like Patrick Carney of The Black Keys and fellow European band The Pastels. Since then, Cosials and Perrote, who both contribute vocals and guitar, have added two new members to the group: Ade Martín on bass and Amber Grimbergen on drums.

While they admit they’re not super popular in their home of Madrid, Spain, Hinds has gained significant success in other places like Australia and the United States. Since 2015, these ladies have collaborated with other bands like The Parrots, sold exclusive limited edition merch at Urban Outfitters and played in multiple music festivals like South by Southwest and Burgerama. During a live performance on Seattle radio station KEXP, Cosials even recalls their experience of South by Southwest by explaining, “We did 16 shows in four days, we’re so proud of that.”

With influences like Mac DeMarco, The Strokes, Ty Segall and The Vaccines, these ladies know how to create a groovy tune while simultaneously attacking their music and lyrics with a raw, feminine edge. Their newest album, I Don’t Run, explores the difficulties and confusions that come with falling in love and presents its listener with rather realistic feelings of self-doubt, longing and vulnerability. For example, their leading single from this sophomore album, “New For You,” describes a desire to become a new, better version of yourself in the name of love. Lyrics like “Because I wanna be somebody new for you” and “Because I only wanna dream if you’re by my side” display a serious love and commitment for someone in the simplest way possible. As seen similarly throughout their entire discography, these Hinds lyrics cut right to the point and make it clear what they want to say. It’s because of this naivety and simplicity of theirs that so many fans are able to let loose, rock out to their music and feel a real connection to the group.

Although Hinds is far from being the perfect band, their potential for greatness is as apparent as the sky is blue. It’s uncertain whether these Spanish gals will take over the charts in the near future, but it is clear their mere presence in the male-dominated music industry stands as an inspiration for female artists everywhere.