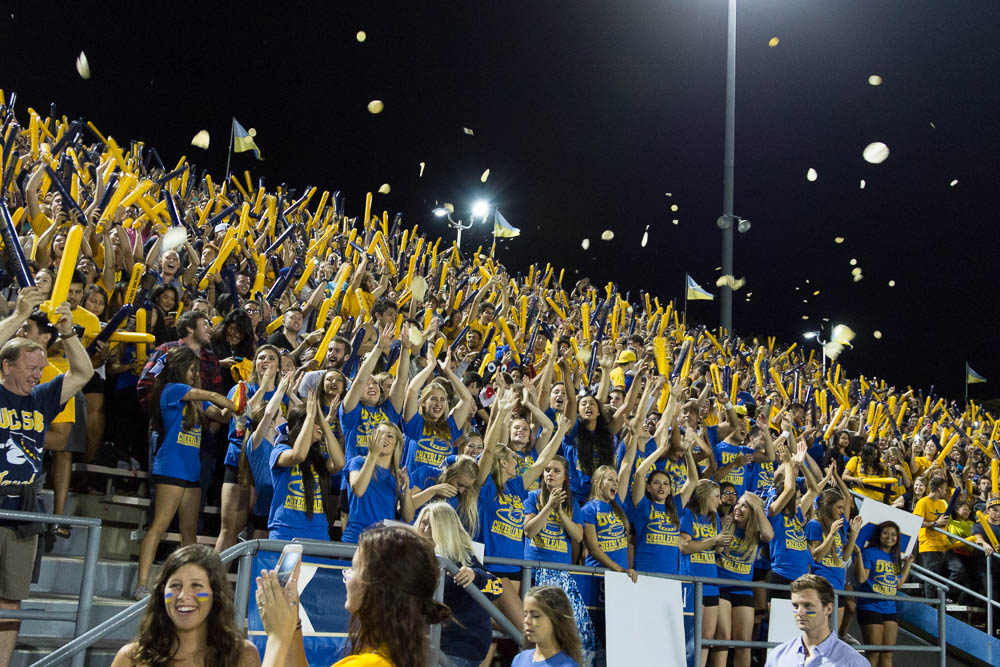 With a strong 4-2 start to the season, the UCSB men’s soccer team looks to be real threats to win the Big West Conference for the first time since 2010. Here, we detail the competition they will face in the conference this season.

Cal Poly: Despite being chosen to finish last in the conference this season, the Mustangs have showcased their grit so far this season. While they only sport a 2-3-1 record, Cal Poly played tight matches against Portland and Seattle, who both defeated the Gauchos. A bright spot for the Mustangs this season has been sophomore midfielder Emmanuel Perez, who already has two goals and two assists despite tallying zero for both last season.

Sac State: Sacramento State’s defense has struggled out of the gate, with the team already allowing 17 goals in seven games, including a whopping six goals against Cal. However, the Hornets have proven they can hang with anybody — as evidenced by their tie against then-ranked Portland. Offensively, Sacramento State has tallied a solid 10 goals, with senior forward Dominic Scotti pitching in a team-high four goals. Look for the Hornets to get into plenty of high-scoring affairs during conference play.

CSUN: No. 25 Cal State University Northridge’s offense has been on fire to start the season, with already 18 goals in eight games despite a brutal schedule. Northridge also has signature victories on its resume after defeating No.17 Cornell and, perhaps more impressively, No.11 UCLA in Westwood. Sophomore forward Daniel Trejo has already created five goals and four assists, nearly matching his 2017 total of seven goals in far fewer games. If CSUN can keep its scorching hot offense rolling, it is difficult to envision any Big West opponent being able to keep up.

Fullerton: The preseason favorites to win the Big West Conference, Cal State Fullerton has sputtered out of the gate, only winning two of its first seven matches (2-2-3 overall). The main roadblock for the Titans this far has been their ability to manufacture offense; so far, the team is only averaging one goal per game. Expect Fullerton, which returns nine of its starters from last season’s Big West winning squad, to pick up the offense as senior leaders Ross Mcphie and Samuel Goni rediscover their form from last season.

Davis: No.13 UC Davis has already surpassed all expectations this season; despite being picked to finish fourth in the conference, the Aggies have gone unbeaten in their first seven matches (5-0-2). The team’s No. 13 rating is its highest since 2008 and is in large part due to its lockdown defense, which has only allowed five goals in seven games. That backline is led by junior goalkeeper Wallis Lapsley, who has saved 27 shots already this season. Davis looks to be the clear-cut favorite heading into conference play.

Riverside: After eight games, UC Riverside remains winless with an 0-7-1 record. It’s not time to panic just yet, however, as the Highlanders have faced a loaded schedule, including their early season loss against UCSB. That being said, the fact that Riverside has allowed 24 goals in eight games does little to suggest the team will compete for the Big West title this season.

Irvine: Aided by a rather favorable schedule, UC Irvine currently resides with a pretty 5-2-1 record, including a 4-1 record at home. Another team founded on their defense, the Anteaters have only given up five goals so far this season, with junior forward Jose Ortiz leading the team with five goals of his own. With their only real test of the season coming against San Diego State — a game they lost — the Anteaters will have to prove themselves during conference play.

A version of this story appeared on page 7 of the September 20th edition of The Daily Nexus.