Four men were arrested early Saturday morning in Isla Vista for conspiracy and felony assault after police received a report of a paintball gun being fired from a moving vehicle, injuring at least one pedestrian.

Police located the suspects – 20-year-old Jelani Bell of Oxnard, 21-year-old Alonzo Gude of Ventura, 21-year-old Marques Russell of Oxnard and 19-year-old Elliot Couillard of Ventura – in a black compact vehicle at the corner of Picasso Road and Camino Pescadero. 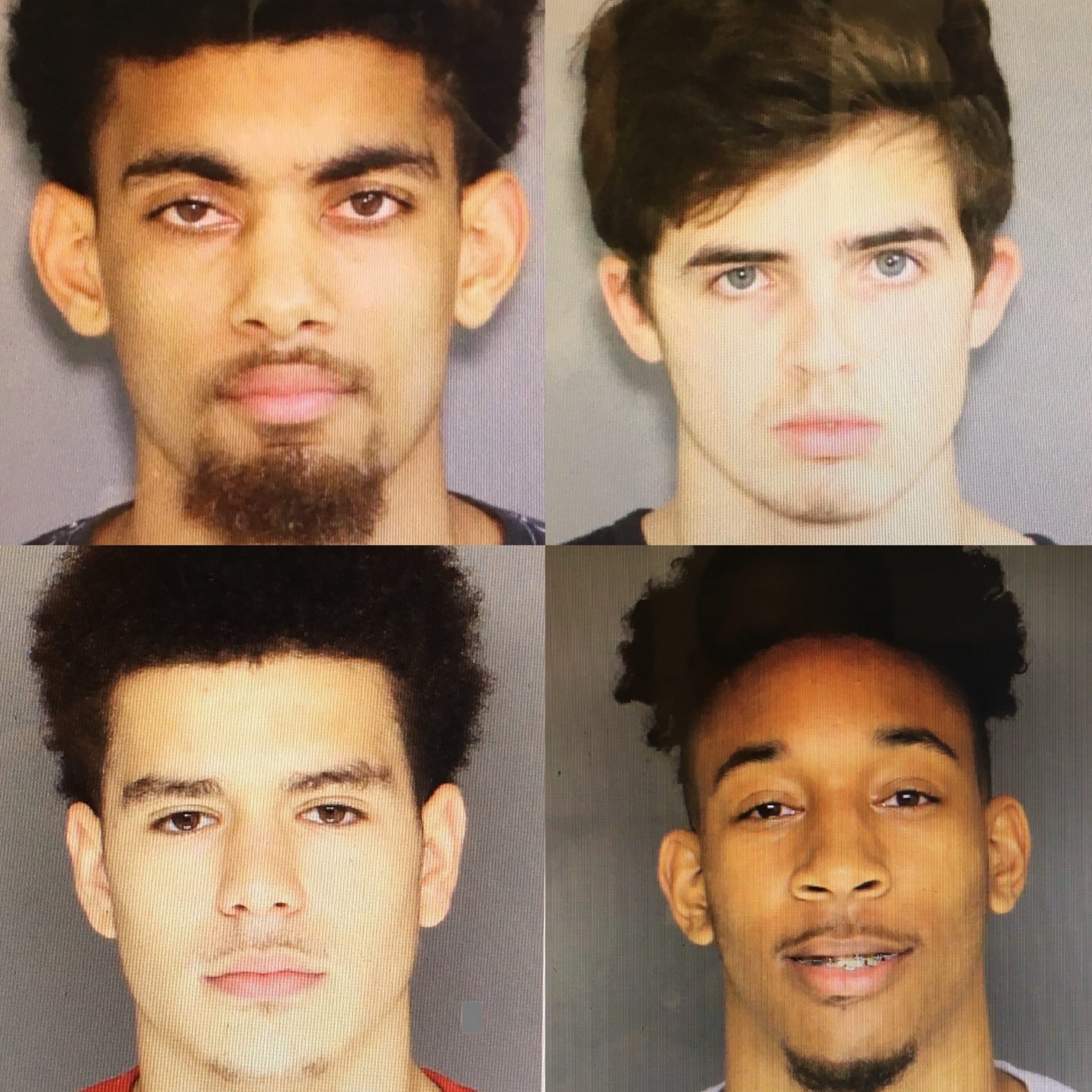 Isla Vista Foot Patrol (IVFP) deputies were initially dispatched to the area around midnight after one of several victims reported that the suspects drove through the 6600 block of Picasso Road and the 700 block of Camino Del Sur, shooting out of a car window.

The unnamed victim who reported the incident was shot in his chest, arms and legs and was left with welts, IVFP Lieutenant Daniel Calderon said.

As deputies searched the surrounding areas, looking for the car described, they found the vehicle with the four suspects inside. A paintball gun could be seen “in plain view” by the feet of one of the rear passengers, according to Calderon.

Deputies later found a bag of paintballs in the vehicle and a paintball in one passenger’s pocket while conducting inventory.

“The seriousness of the case is due to the potential for injury, such as striking a victim in the face, near the eyes, or other soft tissue which could cause severe injury,” Calderon said in an email.

Three of the suspects, Bell, Russell and Couillard, are students, according to Santa Barbara County Jail custody logs. Gude’s occupation is listed as “sandwich maker.”

It is unknown at this time which schools the aforementioned three attend.

The men are currently in custody at the Santa Barbara County Jail on $30,000 bails.

Any person with information about this incident is asked to call 805-681-4179 or leave an anonymous tip here.