I have been proud to be Jewish my whole life. It is an active part of my identity, something that I choose to make a visible part of who I am. I have found that this part of myself has not only played a major role in my understanding of who I am, but also the way other people see me and the many discrepancies between the two.

I couldn’t just jump into my own relationship with Judaism without explaining the context of how it came to be. All four of my maternal great-grandparents faced extreme religious persecution during their lives: my grandmother’s parents immigrated to the United States to escape the strong anti-Jewish trends of 19th-century Russia, and my grandfather’s parents suffered the effects of antisemitism during the Nazi occupation of Poland and the Holocaust, culminating with my great-grandmother’s death in Bergen-Belsen. My grandfather survived the Holocaust but was unable to return to his home due to the strong antisemitic sentiments and actions carried out even after the war. 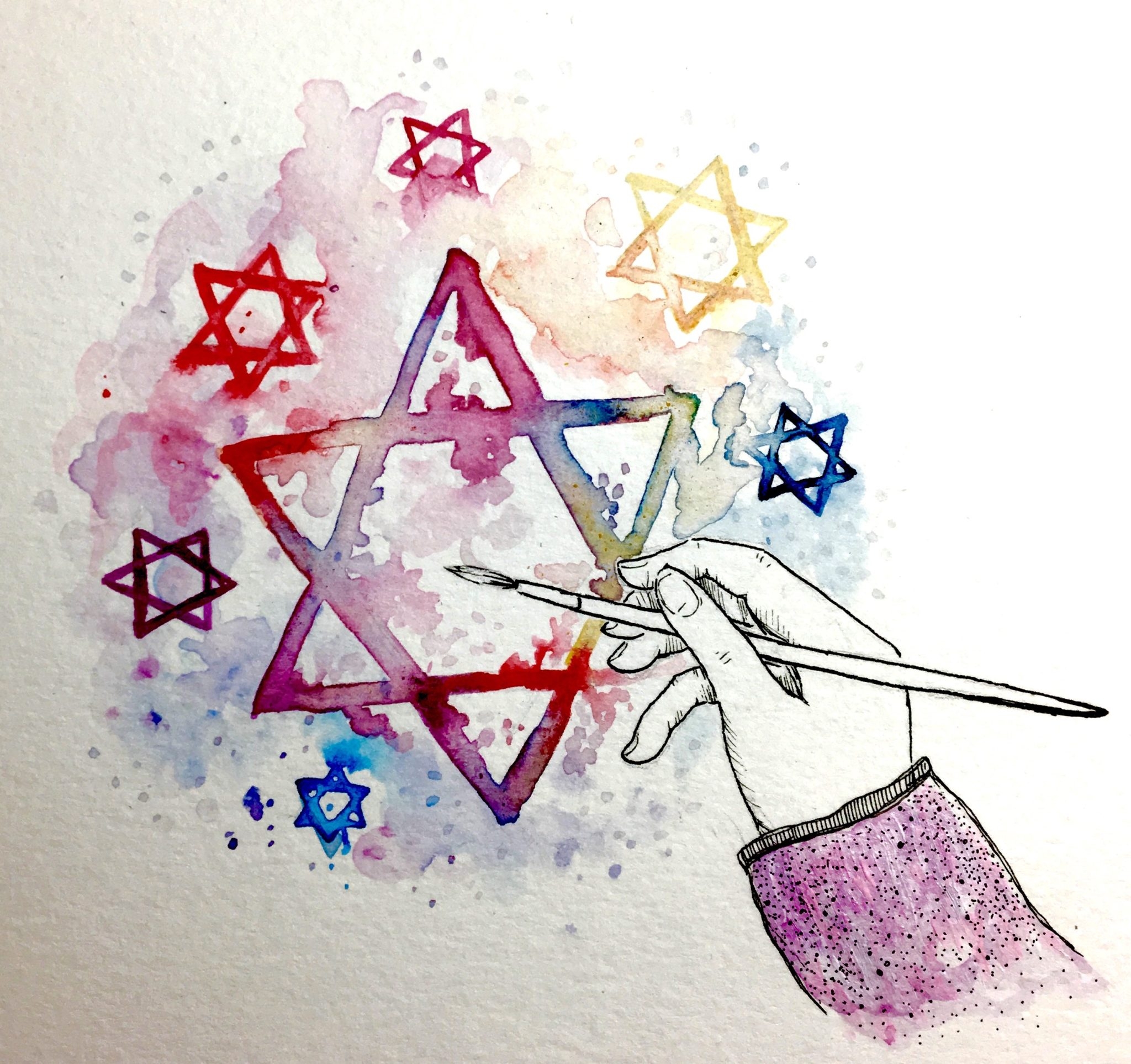 While the Holocaust produced a uniquely tragic story for every family, many yielded similar results. Jews today are spread across the world, and diasporic Jews often struggle with the nuances of their culture, as it varies from a religion to a race to a nationality.

The recent death of my grandfather has only strengthened my Jewish identity and has affirmed my love of my culture. The suffering he and his family endured solely on the basis of religion and ethnicity is horrific; being able to honor and practice that part of my heritage is the least I can do to carry on their legacies.

That being said, being a modern Jew in America is fairly loaded. Judaism is unlike any other culture I know, as it is both a religion and an ethnicity. This leads to some confusion, especially for non-Jews. For me, practicing Judaism as a religion and as a culture are two very different things; of course they can be done together, but doing one and not the other doesn’t make me any less Jewish.

In my experience, I have always practiced Judaism culturally. There are many reasons for this: my father is Catholic and my parents chose not to raise my brother and me with a strong religious background. My grandfather’s experience in the Holocaust also led him to a loss of faith –what God would let such an unimaginable evil befall His own people? – and this certainly shaped the religious structure of our family.

No, I didn’t have a bat mitzvah. I don’t speak Hebrew, I don’t keep Kosher, I don’t go to Hillel or attend services regularly and I have never been to Israel. However, what makes me Jewish is the way I choose to practice it: through observance of certain holidays, food and even humor.

A lot of people don’t understand this separation of culture and religion and often conflate the two. I have had other Jews try to tell me I’m not Jewish because my last name isn’t Jewish, because I didn’t have a bat mitzvah or because of just about anything else. On the flip side, I have had countless encounters with people who treat me as their “token Jewish friend,” asking me to speak for the entirety of a community I am not particularly involved in. One that, internally, has so many diverse viewpoints I could never possibly answer on behalf of all of them.

There isn’t a flag to wave or a homeland to claim as my own, but I will always have the values and traditions that made me the person I am today.

I have always been the only Jewish person in my close group of friends for as long as I can remember. I love sharing my culture with my non-Jewish friends – one of my fondest memories is making Hanukkah dinner for my high school and college friends – but being asked to represent the entirety of the Jewish community is a huge burden to bear.

The truth is, I am not super Jewish, and I probably never will be. But that does not mean that I am unbothered by the antisemitic behavior I have seen and heard, especially from people I consider friends. Just because I am not an active member of the Jewish community doesn’t make it hurt any less to hear people who love me say antisemitic things under the veil of political correctness or say “Jewish,” with a negative connotation.

It would be unreasonable to get through a reflection on my Jewish identity without touching on Israel and Palestine, since that’s what I get asked the most about as the “token Jewish friend.” During World War II, Palestine took in many members of my family when other nations would not, and it is not antisemitic to condemn the human rights abuses taking place there. That being said, not having a staunch pro-Israel stance does not make it acceptable to ask me to turn on my own community or to speak with antisemitic undertones, solely because I have a liberal perspective not held by all members of the Jewish community.

I do not have a strong connection to Israel beside the fact that I have family living there. It is not a place I consider my homeland. Something that I have found with other people with similar Jewish values is a lack of a sense of national identity. It is hard to feel patriotic as an American when neo-Nazis feel empowered to march openly and speak freely in 2018. I don’t feel Polish or Russian, as those countries clearly didn’t want us. And even though Israel is home to a family whom I love, it is not my home. To me, this is why being grounded in my culture is so valuable. There isn’t a flag to wave or a homeland to claim as my own, but I will always have the values and traditions that made me the person I am today. And matzo balls.

Hannah Jackson follows her own rules when it comes to defining her religious and cultural identity.