University of California Regents voted Thursday to approve the revised budget for the 2018-19 school year, which includes a $60 reduction in tuition, according to a press release sent out by the UC Office of the President. 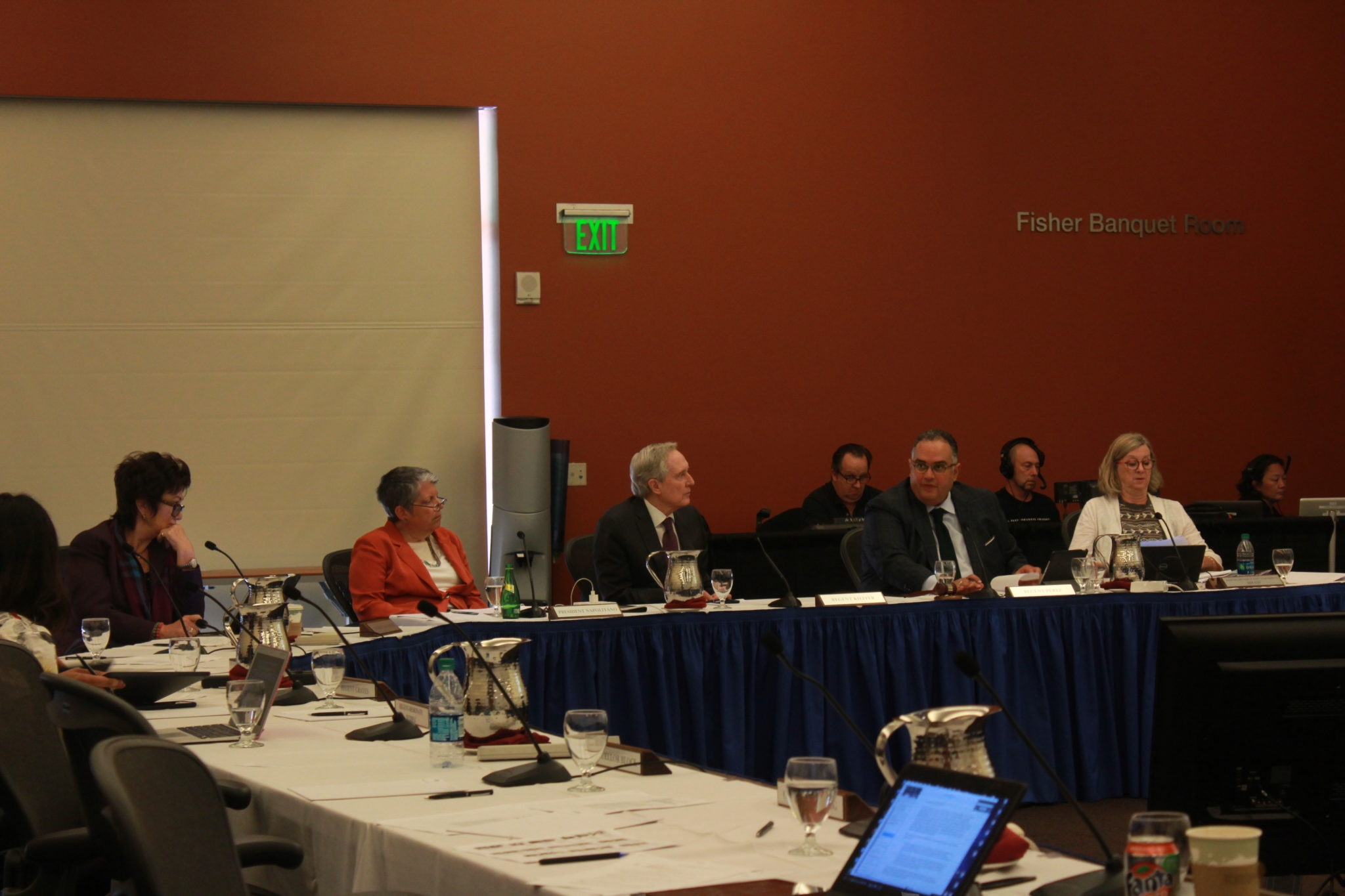 The Regents met on Wednesday and Thursday to discuss and vote on the proposed budget. Sanya Kamidi / Daily Nexus

This will result in a revenue decline of $16.2 million for the UC.

The $60 reduction comes from the elimination of a temporary tuition surcharge implemented in Fall 2007 to “recoup damages” from class-action lawsuits, according to the press release.

The lawsuits – Kashmiri v. Regents and Luquetta v. Regents – were first filed by several graduate students in 2007 and 2012, respectively, following an increase in fees.

The California courts ruled in favor of the graduate students in both, stating in Kashmiri court documents that UC “breached its contracts” by raising fees after promising “on its website and its catalogues” that fees would not be raised while students were currently enrolled in the program.

The litigation process cost the university nearly $100 million, according to the UC Office of the President (UCOP) press release.

By Fall 2018, nearly all of those costs from the lawsuits “will have been fully recovered,” according to a UCOP summary submitted to the Regents.

The state’s budget allocates an additional $98.1 million to the UC’s general fund for operating expenses as well as a one-time allotment of $248.8 million for general university needs and deferred maintenance.

The new funding is a “significant increase over the level of State support” from the previous school year and allows for sufficient funds “without the immediate need for a tuition increase,” according to the UCOP summary.

However, while the budget will allow UC campuses to address one-time funding needs, it is “not a long-term substitute for ongoing State support or tuition revenue” due to increasing enrollment.

“The University plans to work closely with the incoming Governor’s administration and the Legislature to develop a sustainable longer-term enrollment and funding model consistent with the University’s long-term goals of access, affordability, and excellence,” the UCOP statement reads.