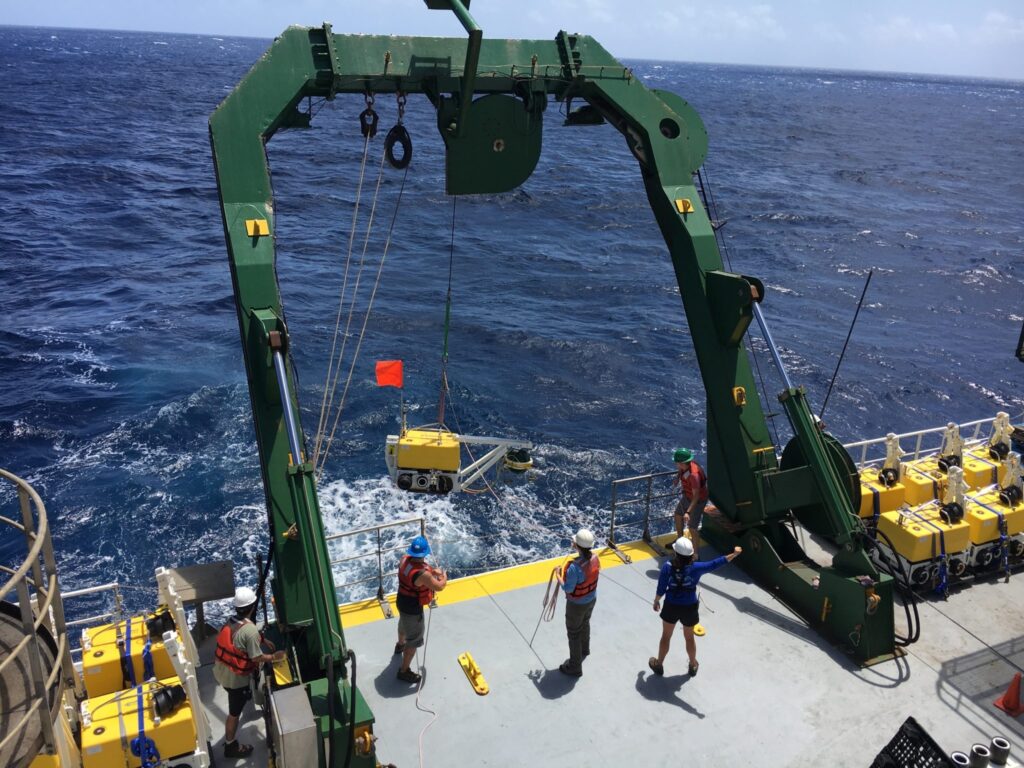 On a beautiful Saturday morning in April, researchers set out on a mission aboard the U.S Navy Research vessel Kilo Moana. The cruise departed from San Diego and set sail to the middle of the Pacific Ocean. Yes, that’s right, the middle of Pacific Ocean. It may sound like an odd destination; however, the purpose of this voyage was to deploy 30 ocean-bottom seismometers (OBS) onto the seafloor. The name of this mission: Pacific OBS Research into Convecting Asthenospher, or Pacific O.R.C.A. for short.

The OBSs will sit about 4,500 meters — a little under three miles beneath the ocean’s surface — for 15 months, recording earthquakes across the globe. The goal of the OBS deployments is to produce 3D images of the oceanic tectonic plates, which can be compared to taking a C.A.T. scan of someone’s head, except instead of a person, it’s Earth’s inner structure.

Ocean-bottom seismic receivers record the energy coming from natural sources such as earthquakes, which allow seismologists or scientists to create 3D images of the segments of inner Earth through which this energy has traveled.

With C.A.T. scans there is total control, but with Earth there are limitations. Those limitations are from not having sources all over, only where natural earthquakes occur. Or even worse — not having seismometers all over the surface.

“The overall goal of the experiment was to measure the structure of the Earth’s interior several hundred kilometers, in both vertical and horizontal dimension, within the heart of the Pacific tectonic plate — a region where no one has been before,” said Zach Eilon, assistant professor of Earth Science at UCSB and co-principal investigator of Pacific O.R.C.A.

More specifically, the project allows researchers to investigate the structure and properties of the asthenosphere, particularly in the selected region of the Pacific Ocean. The asthenosphere, part of Earth’s mantle, is a layer of hot, mostly solid rock that lies just below the tectonic plates. A point of interest for this experiment is understanding the scale and vigor at which convection (temperature-driven mixing currents) take place within the Earth’s mantle, which includes the asthenosphere.

“Monitoring of the asthenosphere allows researchers to understand the implications of hazards, such as earthquakes, tsunamis and volcanoes, while trying to solve the mystery of Earth’s dynamic behavior. As previously mentioned, the only way to get this data would be through the use of OBSs, which monitor these seismic observations on the seafloor. The OBSs offer very precise measurements of ground motion with sufficient sensitivity to detect sub-millimetre movements of the ground caused by earthquakes on the other side of the world,” Eilon said. 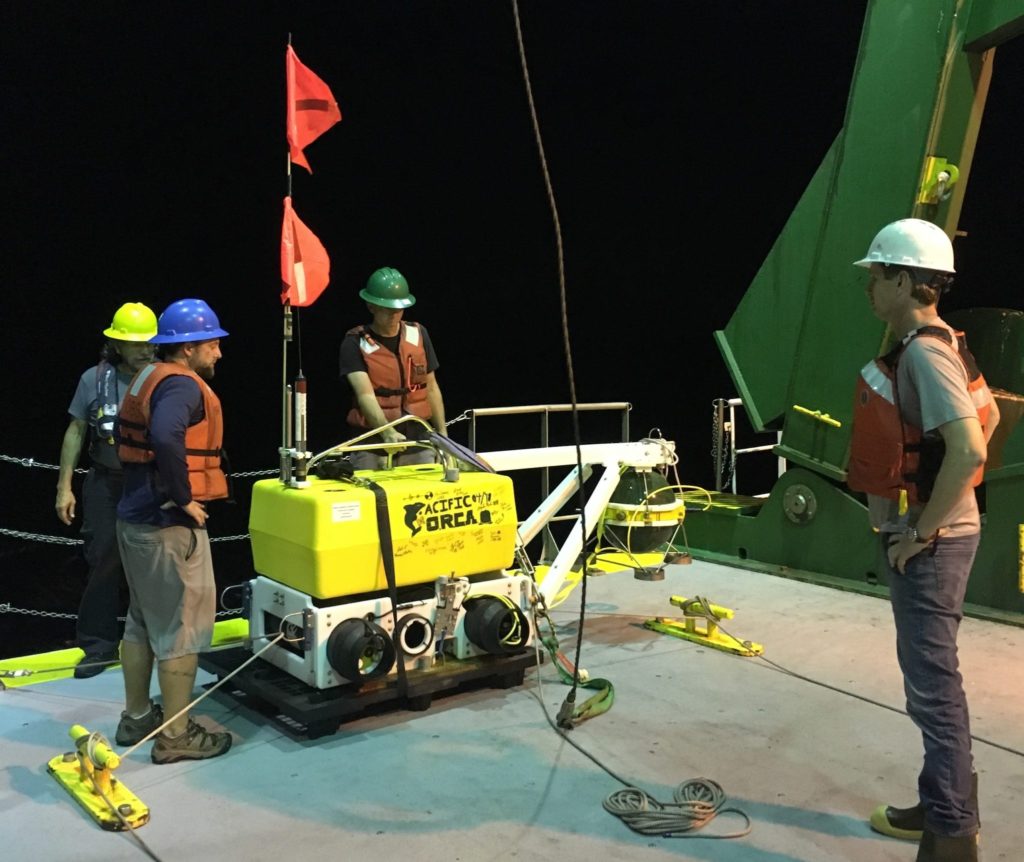 Researchers inspect an OBS before it will be deployed. / Courtesy of Zach Eilon

The capabilities of the OBSs are extraordinary because not only do the seismometers have to survive the technological challenges of operating under the crushing weight of about three miles of water, low temperatures and water currents on the ocean floor, but they are also operating autonomously for a year at a time. In addition, OBSs are entrusted with the task to place their seismic sensor into the seafloor mud all on their own.

“It’s a tremendous technological feat that we can actually release these off the side of a ship and have them come back up to the surface a year later, holding invaluable data in their memory banks from a part of the Earth that we’ve never before had the ability to look at,” Eilon said.

Pacific O.R.C.A. is the United States’ contribution to an international grassroots effort to instrument the ocean floors, organized by a large and growing set of researchers and academics at universities across the globe. UCSB was one of three institutions awarded a grant from the National Science Foundation to carry out this high-profile research experiment. In 2020, Pacific O.R.C.A. will have a second array deployment to further expand their research.

The official link to the Pacific O.R.C.A. website/blog can be found here: https://pacificorca.wordpress.com