More than 117,000 immigrants have received two-year renewals of their grants to legally live and work in the United States under the Deferred Action for Childhood Arrivals program, according to a press release sent out by the UC Office of the President. 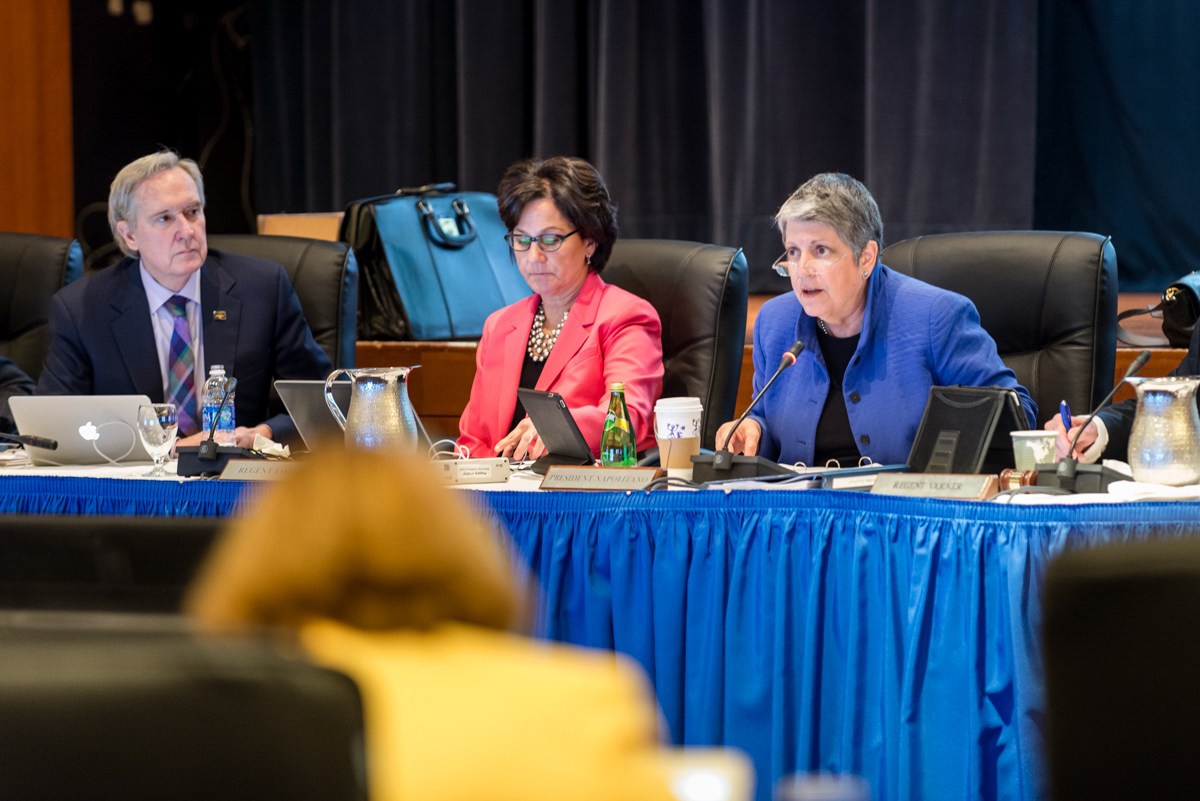 Napolitano (right) has been UC President since 2013. Nexus File Photo

This was the direct result of a federal injunction filed after UC President Janet Napolitano brought a lawsuit against the Department of Homeland Security, according to the press release.

The injunction mandates that the Department of Homeland Security continue to process Deferred Action for Childhood Arrivals (DACA) renewal applications.

Napolitano originally filed the lawsuit in September, alleging that President Trump’s repeal of DACA violated the rights of those utilizing the program.

In addition to pursuing legal action, the UC has also been advocating for Congress to pass legislation granting DACA recipients permanent statutory protection, according to the release.

“Our efforts on behalf of our DACA students and the hundreds of thousands of other DACA recipients throughout the country are far from over,” Napolitano said in the press release. “But these numbers provide some good news.”

President Trump’s case to repeal DACA is currently in review under the Ninth Circuit Court of Appeals after having been denied by three separate lower courts.

how typical
california serves illegal aliens before its own citizens