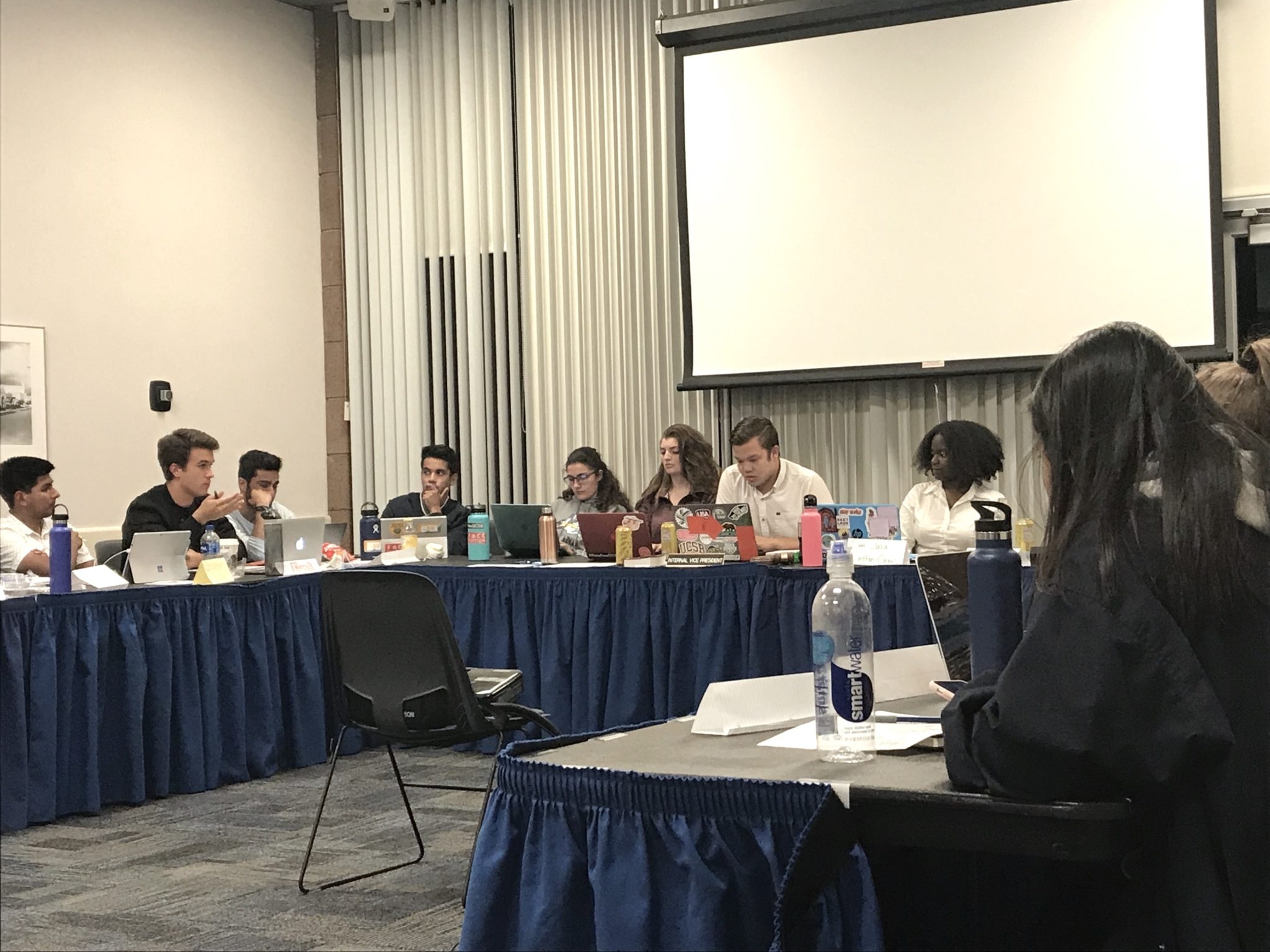 The EVPSA resolution is one of the first resolutions that the 69th Senate, which was sworn in during May, has passed. Evelyn Spence / Daily Nexus

Off-Campus Senator Jalia Carlton-Carew and College of Letters & Science Senator Xochitl Briseno authored the resolution, which was voted on through an email vote.

“The resolution gives… the power to organize and fulfill the summer responsibilities of the EVPSA office which I felt was urgent to do, especially considering that summer conferences are next month and the position is not yet filled,” Carlton-Carew said.

“I believe we were active in making sure that the summer duties of the EVPSA were not left incomplete, which would be a bad reflection on Associated Students and UCSB as a whole.”

The position of EVPSA is currently vacant because the A.S. Elections Board disqualified the then EVPSA-elect, Mayela Morales, in May.

A special election for the EVPSA position will be held during Fall Quarter 2018.

Carlton-Carew and Briseno listed several reasons in the resolution as to why the funds would be allocated this way, noting that a large portion of the EVPSA’s job begins during the summer rather than during Fall Quarter 2018.

“The EVPSA must attend all UCSA and UC Regents meetings as funds permit,” the resolution states. “The EVPSA manages all forms of media as it relates to the EVPSA office… as well as the official EVPSA email which is used for all state, national, and UC wide connections.”

“Failing to send delegations to these conferences will result in the lack of representation of the UCSB student community,” the resolution states.

“The UCSB student community deserves to continue being allowed to participate in
these events since they often serve as the initial point for students to get involved in the bettering
of student affairs on- and off-campus.”

The passing of the vote grants temporary access to the External Vice President for Statewide Affairs (EVPSA) funds to the following individuals:

EVPLA Meijer, the president’s proxy and the Lobby Corps Co-chairs will serve as A.S. representatives throughout the University of California Student Association (UCSA) board meetings.

S.A.G. Martinez will serve as the A.S. representation during the USSA board meetings.

All involved will submit bi-weekly reports to the director, who is not yet assigned, according to the resolution.

The individuals listed above will be “compensated for their work through the senate’s unallocated funds” and their duties will be dissolved “the date that the new EVPSA is sworn-in,” the resolution states.

All will be paid the equivalent of a BCU chair, according to the resolution.

The exact amount of funds the EVPSA office manages was not listed in the resolution.

Update: This article was updated to include Carlton-Carew’s quote.

They should get rid of student government.