Santa Barbara Congressman Salud Carbajal visited the Tornillo detention facility in Texas on Monday, which houses unaccompanied migrant children as well as those separated from their families at the border. 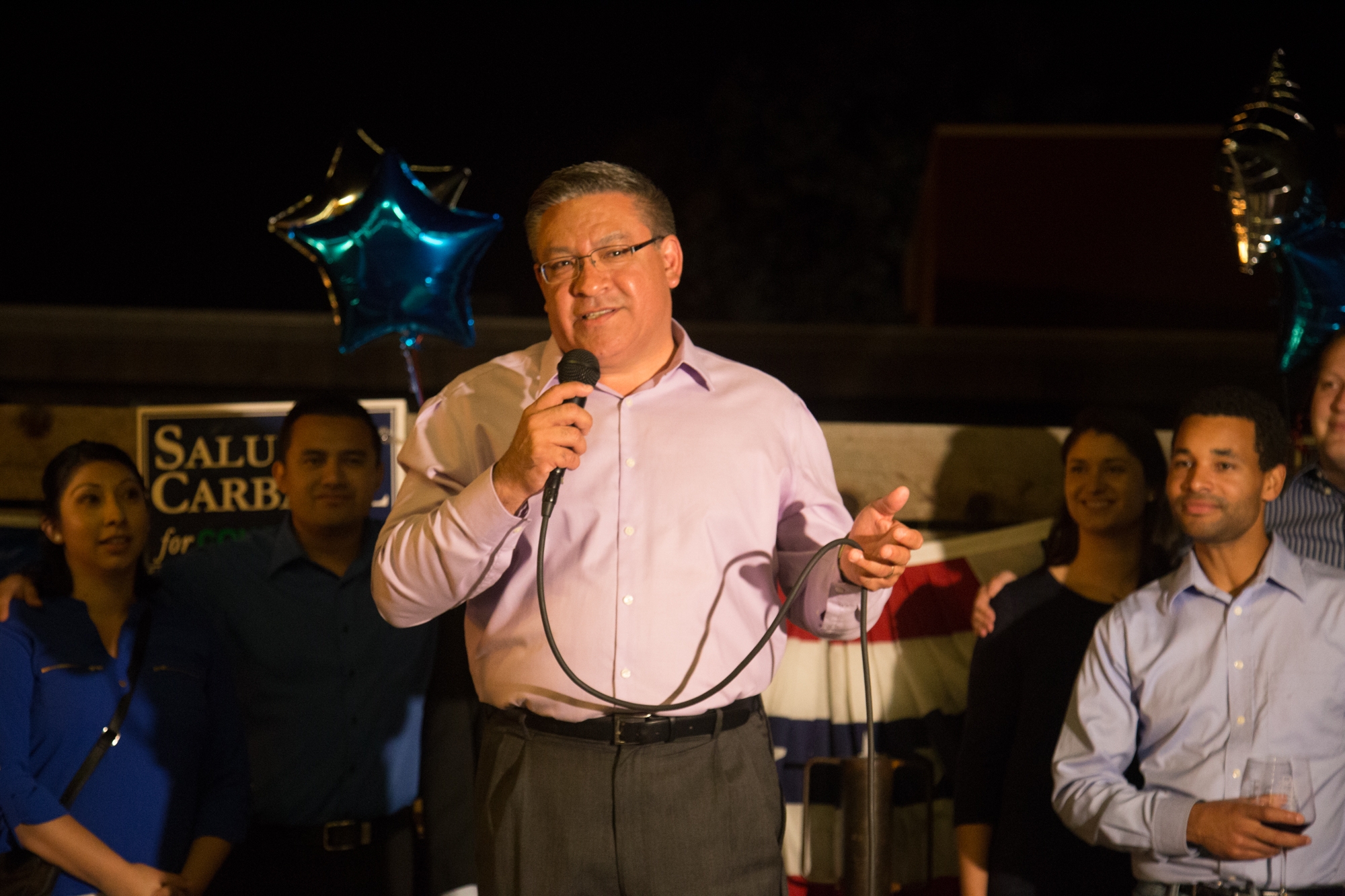 Carbajal is a co-sponsor for the Keep Families Together Act. Jenny Luo / Daily Nexus

The facility is located approximately 45 minutes away from El Paso, Texas, and houses 319 children ages 13 to 17, according to Carbajal. The children originate predominantly from Guatemala and then Honduras, El Salvador and Mexico respectively.

The detention center is operated by a private contractor, BCFS, which is a “global system of health and human service nonprofit organizations with locations and programs across the U.S. and abroad,” according to the corporation’s website.

While Carbajal said he believes the contractor is providing a “basic level of care,” he argued that it is not the right approach to this “self-imposed, developed crisis.”

“They’re woken up at 5 a.m. after they were incarcerated and regimented, they’re rushed to showers and given less than five minutes at most,” Carbajal said in an interview with the Nexus. “Because this facility is in the desert, they’re only given 10-20 minutes of recreation once or twice a day.”

“So clearly, these are not optimal, adequate conditions for children,” he added.

He also noted there didn’t seem to be a clear system for children to file complaints regarding assault or other grievances.

Among the 319 children being housed at this facility, 26 have been separated from their families, Carbajal said.

Although Carbajal is an original co-sponsor for the Keep Families Together Act within the House of Representatives, which puts limitations on the separation of families and sets deadlines for reunification, he said he is not hopeful about the likelihood of it passing due to the Republican control of the House, Senate and White House.

While U.S. District Court Judge Dana Sabraw ordered on Tuesday that the process of family separations be ended and that children be reunited with their families within 30 days, Carbajal said he has not seen any concrete plans to do so.

“This administration is now saying that they are going to reunite children but haven’t provided a shred of evidence or detail as to how they’re gonna go about doing that,” he said. “There’s a conflict of data between the Department of Homeland Security and the Health and Human Services Department of the custody of children. How many of them are there? Where are they? How are they going to reunite them? It’s all a big question mark.”

Carbajal also visited the United States port of entry in El Paso and questioned Customs and Border Patrol (CBP) officers about the current procedures in place for migrants who come to the border seeking asylum.

Carbajal was disappointed by the lack of information he was provided, stating that he questioned the officers “without sufficient answers.”

“The answers you’re seeking, I was seeking, and clearly they’re not providing them,” he said.

Carbajal said he was told by the CBP and the Immigrations and Customs Enforcement agency (I.C.E.) officials that children were being kept at a facility at the border — not Tornillo — for longer than the three-day limit due to the lack of coordination between the Department of Homeland Security (DHS) and the Health and Human Services Department (HHS).

“They’re violating the human rights of these children based on U.S. law. And the I.C.E. officials admitted that to me,” Carbajal said.

The presence of I.C.E. has been criticized at UC Santa Barbara — specifically, the compliance of the Santa Barbara Sheriff’s Office (SBSO) under Sheriff Bill Brown with I.C.E.

Brown publicly positioned himself against Senate Bill 54, which designates that local and state law agencies not work with I.C.E.

Amidst calls to abolish I.C.E., Carbajal said he stands for stricter “oversight and inquiry” of the agency’s enforcement actions and says I.C.E. “indiscriminately” targets undocumented individuals rather than individuals who have committed serious crimes.

“In terms of the abolishment of I.C.E…. this is a larger conversation,” he said.

Carbajal instead argues that the current immigration system needs to be comprehensively reformed on a national level, calling the current system “broken.” Only after this reformation will all the issues that fall under the umbrella of illegal immigration be addressed and resolved, he said.

“I’m an immigrant myself. I immigrated to this country when the immigration system worked better.”

Carbajal commends the individuals who are speaking out about their “discontent and their opposition” ahead of the Families Belong Together march planned for Saturday at 11 a.m. in downtown Santa Barbara.

“We need to stay vigilant, and make sure that we press this administration. The reason they’re modifying this policy a little bit is because there’s been public outrage throughout the country, and people should continue to express themselves,” Carbajal said.

He voted against DACA

Why can’t illegals who hire Mexican criminal gangs to sneak them across the border, and then subject their children to marches through deserts be charged with child endangerment?