The Daily Nexus
Opinion
Two Down, Two to Go: Reflections From the Halfway Mark
June 7, 2018 at 11:39 am by Hannah Jackson 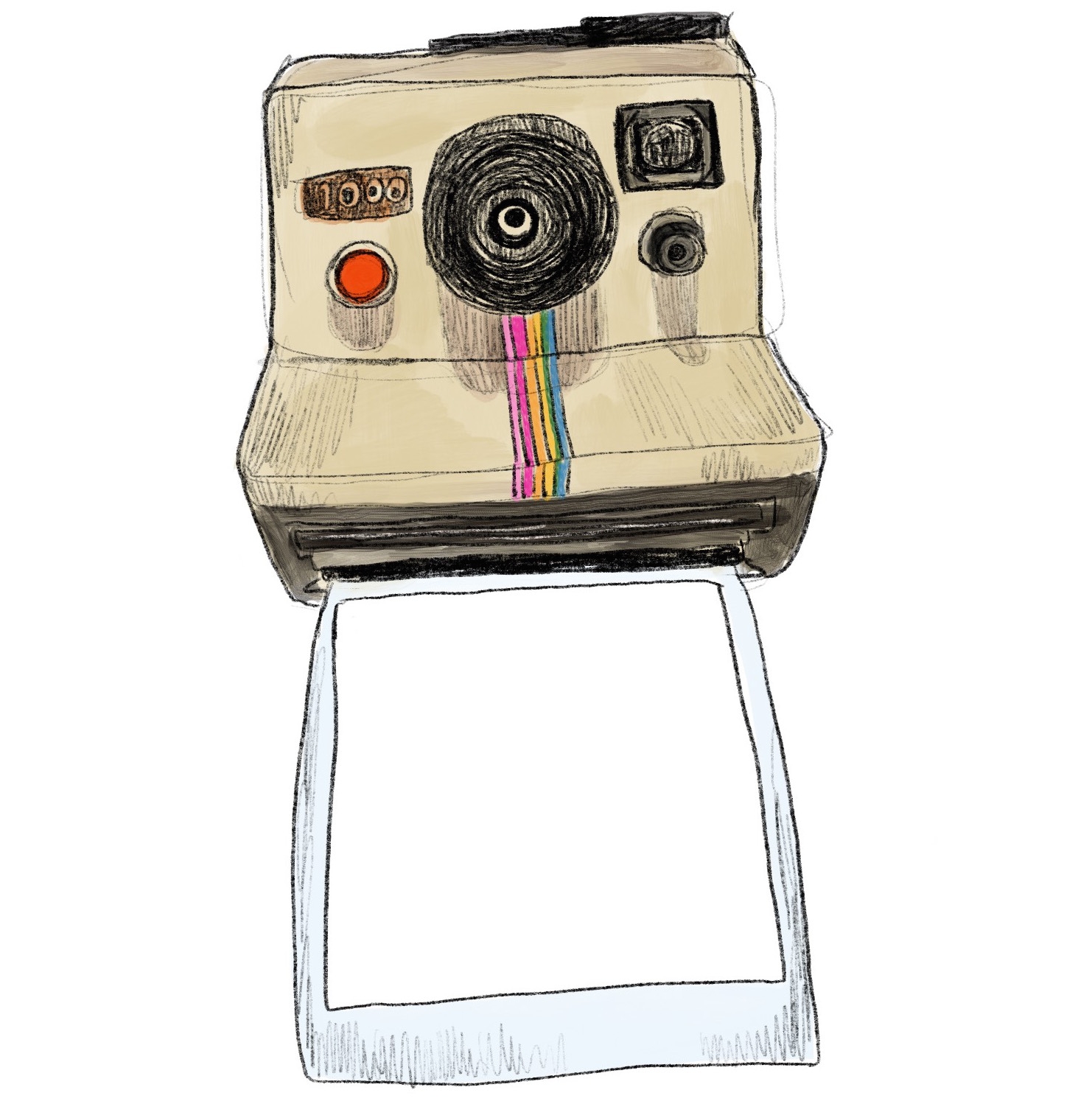 During the college application process, UCSB was never my end goal. Determined to live out of state, the prospect of being less than two hours away from my hometown of Los Angeles hardly seemed like the independent college experience I was yearning for.

As the date slowly crept closer to May 1, I found myself struggling to choose between my three vastly different final options. However, I soon realized that asking my parents to pay out-of-state tuition would weigh too heavily on my conscience (and their bank account), and I mentally made the decision to come to UCSB while on a plane back from visiting a school in Washington.

The day I toured campus, it was raining. My tour guide joked about the weather: “Sometimes it even rains in paradise!” Even though the campus seemed daunting, it was still overwhelmingly vibrant and friendly. Never had I seen students so passionate about their clubs and organizations that they would stand in the rain just to talk to me about it. I could envision myself in their positions, and from there I was sold. Nevertheless, I sometimes caught myself wondering what my life would be like if I had made a different choice. 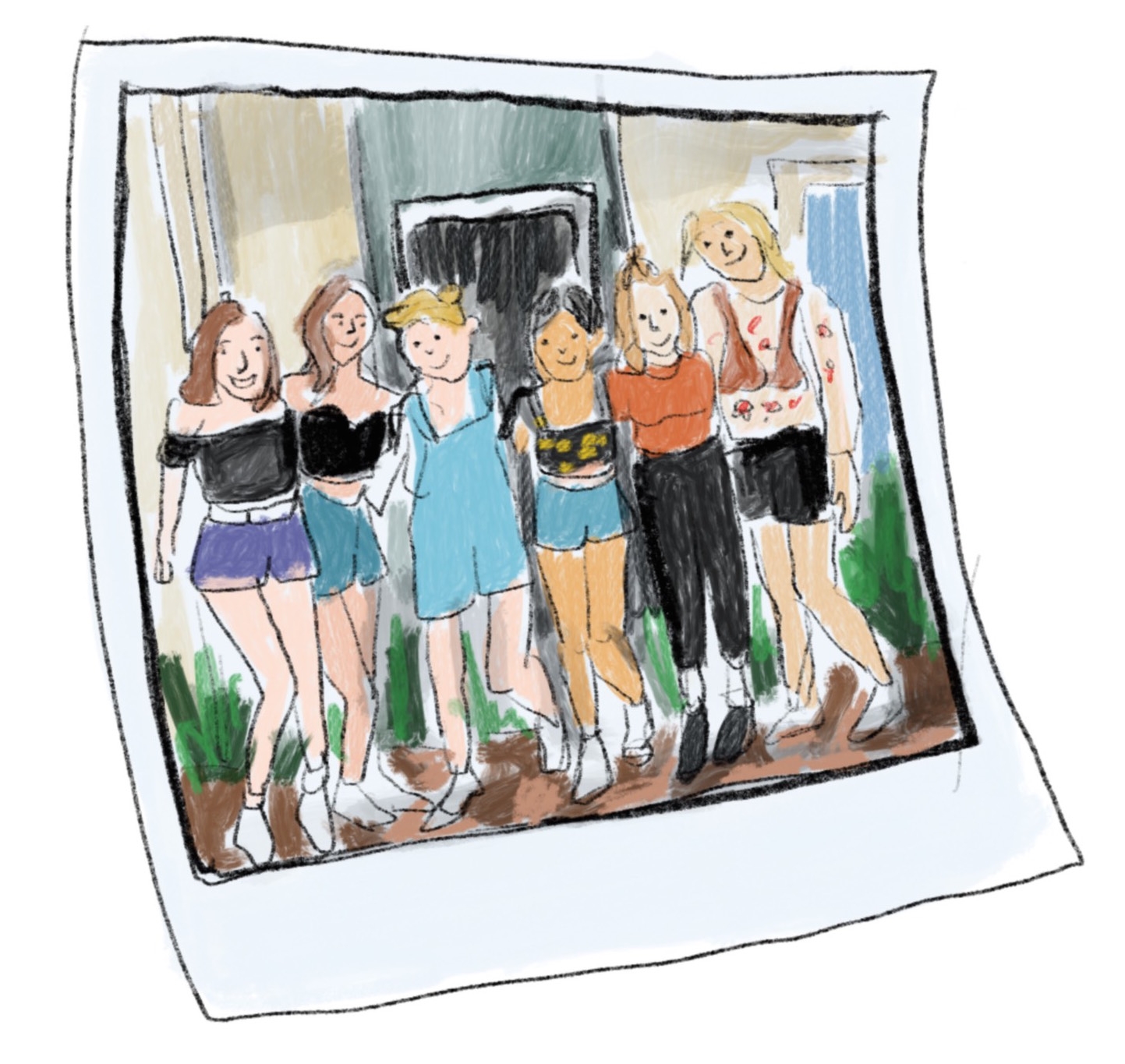 Having found my roommates on Facebook, we were disheartened to learn our living assignment was Santa Catalina Hall, or FT. However, now that I look back on it, living in FT was one of the best things that could have happened to me. Living a fair distance from campus created a strong sense of community between the two towers, and even though Portola made us suffer through many horrifying meals, some of my closest friends to this day were made in that dingy little dining hall.

One of the biggest challenges of freshman year was finding my niche. My roommates and I had distinctly different personalities and interests, and while we were all great friends, I longed to have my own group to fit into. Feeling so far removed from campus made it difficult for me to motivate myself to travel all the way back for meetings and events, and I fell into a comfortable habit of floating around different groups with different interests without actually developing my own.

For the first time since I was four years old I wasn’t booked solid with activities. I went from years of soccer, karate, dance, theater, gymnastics, drama, Girl Scouts and student government to suddenly nothing at all. I was a little fish in a big pond, and I felt wholly inadequate. Every time I would talk to my high school friends who were at other universities, I would pretend not to be jealous of all of their amazing activities and accomplishments, while I lied and said I was “just focusing on school this quarter”. 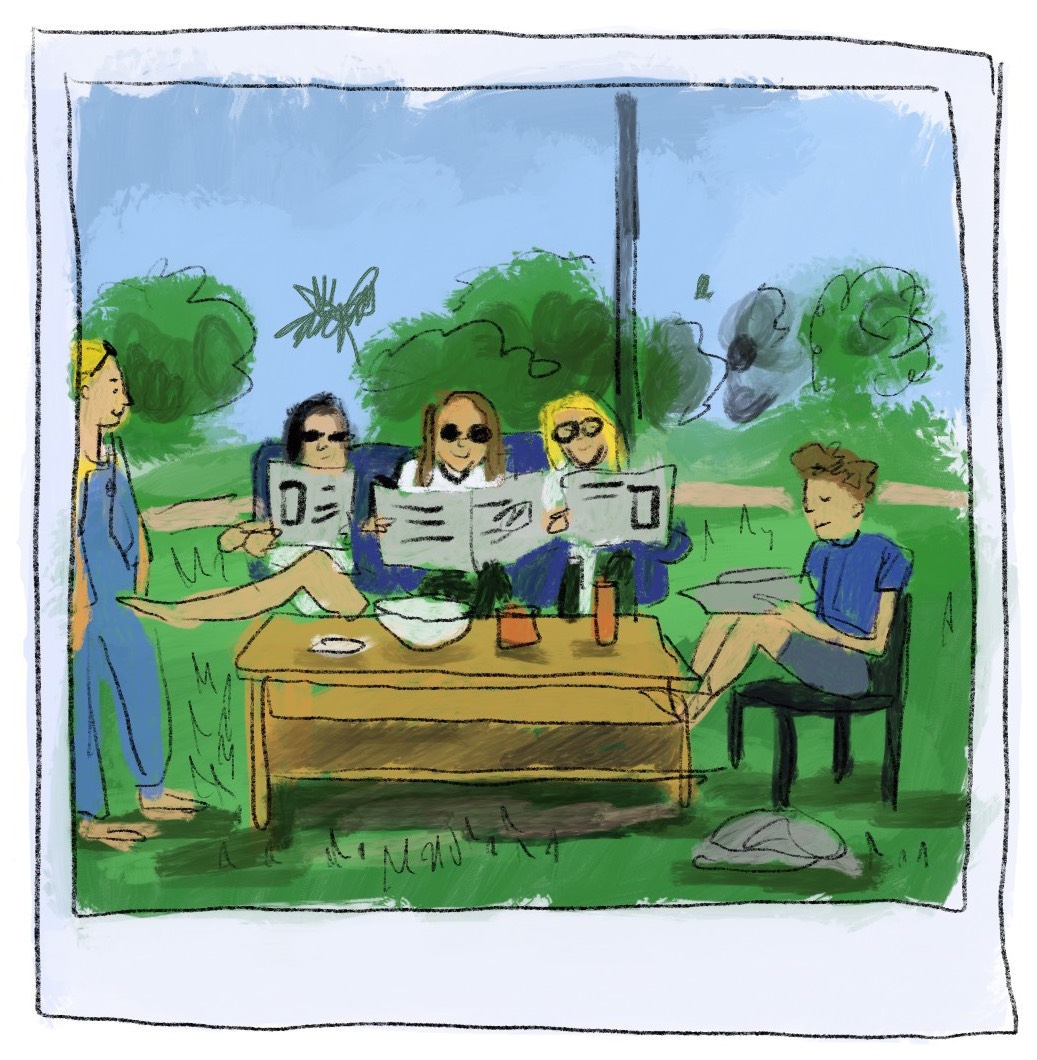 Winter quarter of my freshman year marked a turning point for me. As someone who never had a free moment to spare in high school, the sudden lack of extracurriculars left me feeling lost and aimless. One night on a whim, I accompanied a friend to a meeting of the Daily Nexus’ Opinion section and began submitting articles every once in a while.

Even though I was excited and relieved to finally have something to contribute to, I still didn’t feel the bond with other writers I had yearned for. I also joined a dance class at the Rec Cen, giving me the physical exercise and creative outlet I had so desperately missed, but I spent the quarter interacting only with my longtime friend who took the class with me.

By the end of my freshman year, my friend group seemed comprised of a few close friends and a lot of general acquaintances, which doesn’t seem too out of the ordinary for freshman year. I made a promise to myself to involve myself more with the Nexus the next year, hoping it would help set me on my path.

The first two quarters of my sophomore year had by far eclipsed my first year in terms of difficulty. I had finally decided to major in political science, so classes carried way higher stakes. To make matters worse, over the summer I had slowly slipped into a depression, which caused me to isolate myself from others and put a hazy filter over my entire life.

I had never felt more alone in my life, and on the first day of Fall Quarter I found myself crying in my bathroom for reasons I couldn’t explain. I forced myself to go to C.A.P.S., barely choking out the sentence, “I’d like to make an appointment.” Despite the two and a half week wait time, just making an appointment was a major step on the road to feeling like myself again. 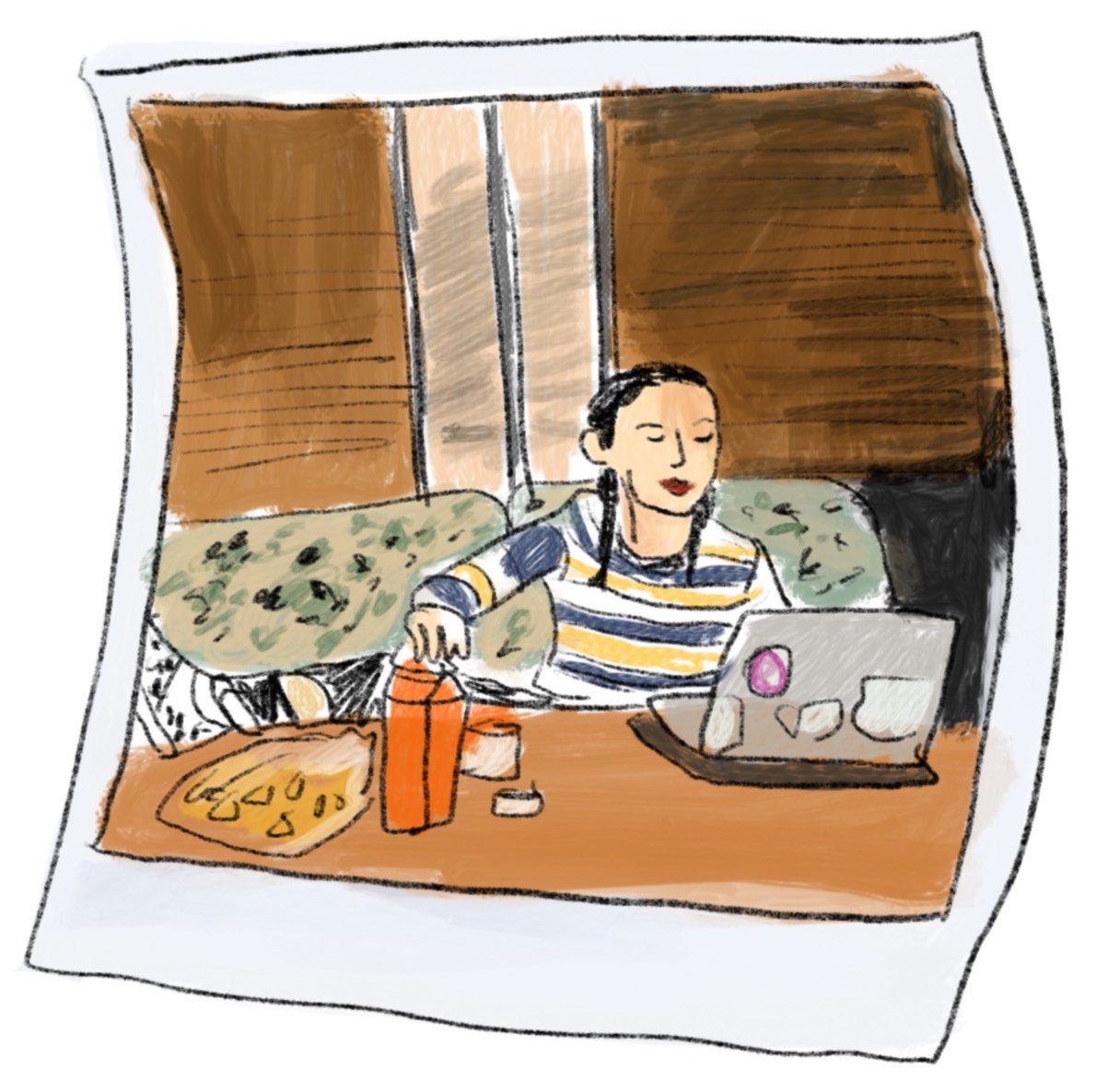 I never believed people who told me about the “Sophomore Slump.” Academically, the end of freshman year had been a breeze, and I was feeling more settled into life at UCSB. But with the onset of depression and the scramble to take classes that actually carried weight, my social life took a nosedive.

One major difference that struck me was the vast increase in time I spent by myself. When I was living in a dorm, everything was social and I had to make a point to isolate myself if I wanted to be alone. Living in a house was strikingly different, and it took me a while to adjust to not having people to go to the dining hall with or the constant familiarity of people walking through the door of our tiny dorm.

While the adjustment was certainly difficult, I have discovered a new appreciation for being alone and having the agency to operate at my own pace. I have also learned that it’s highly likely that other people are going through a similar adjustment, and that reaching out and talking about it is mutually beneficial and makes the transition far less isolating.

In spite of the shakeup in my mental health, I still held to my promise of getting more involved with the Nexus and soon found myself writing for four sections and stumbling into a position on the Editorial Staff. I can say with certainty that the Nexus is what helped carry me through the hard times I was facing during Fall and Winter Quarters. I finally felt the growth, both in my writing and in my circle of friends, that I had been so desperately searching for my first year at UCSB. 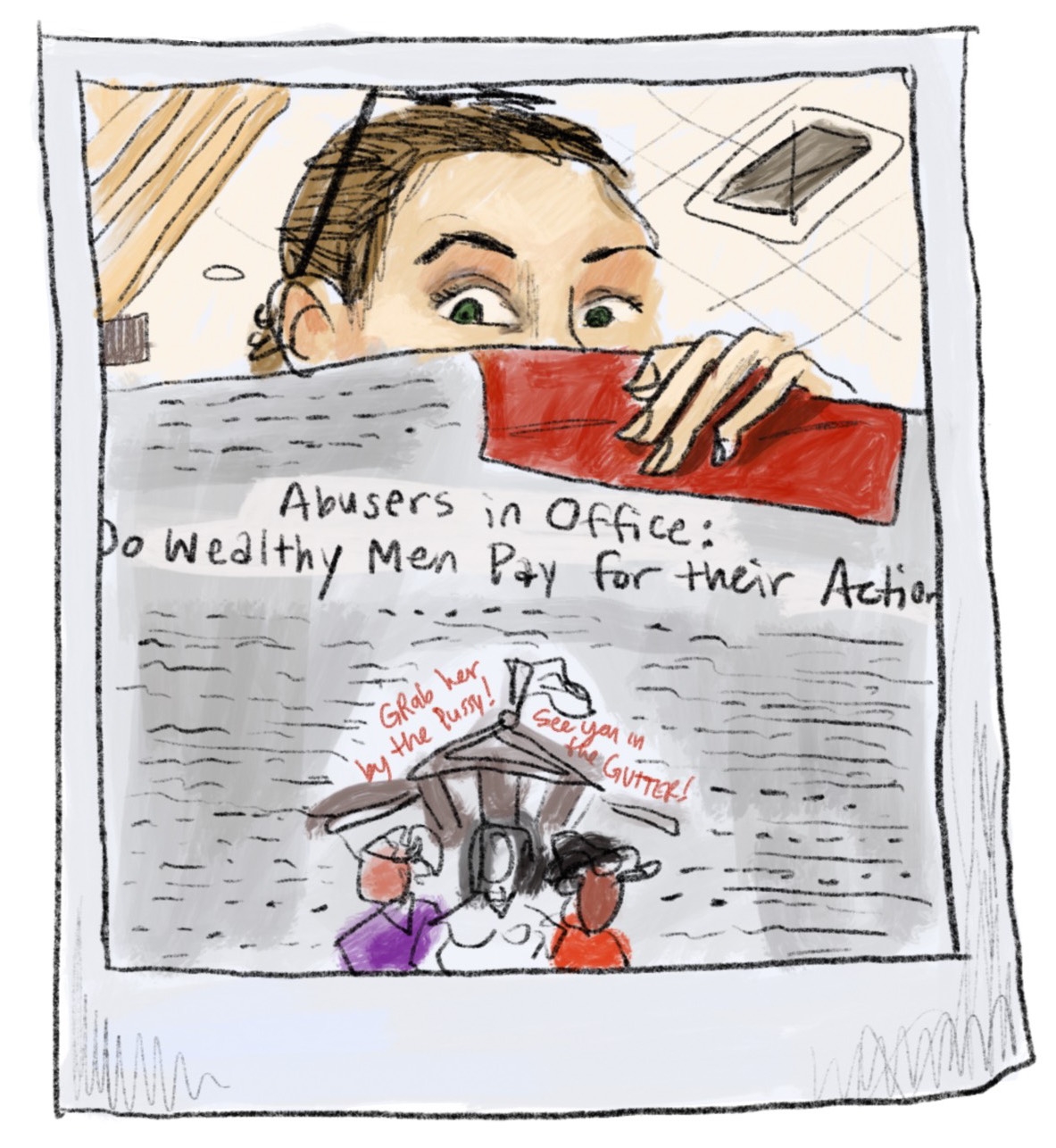 My second year has been nothing if not challenging. But that being said, I have pushed myself out of my comfort zone this year, in classes, my job and in my personal life, and I am undoubtedly better off because of it. I finally have the conviction to speak my mind. I have found comfort and serenity in being by myself. I have the capacity to understand that sometimes I won’t always be alright and that it is perfectly okay to be vulnerable and to ask for help.

As I look back on the first half of my college career, these are just some of the experiences that stand out in my mind as influential to who I am today. I write this with the knowledge that the next year holds plenty of new and uncomfortable situations, like studying abroad, a new living situation and a new job in the Opinion section at the Nexus. I won’t lie and pretend the future doesn’t frighten me, but I am filled with the anticipation that it will bring me a fresh perspective.

Hannah Jackson is hopeful that other Gauchos can feel empowered to make themselves uncomfortable once they find their footing at UCSB.