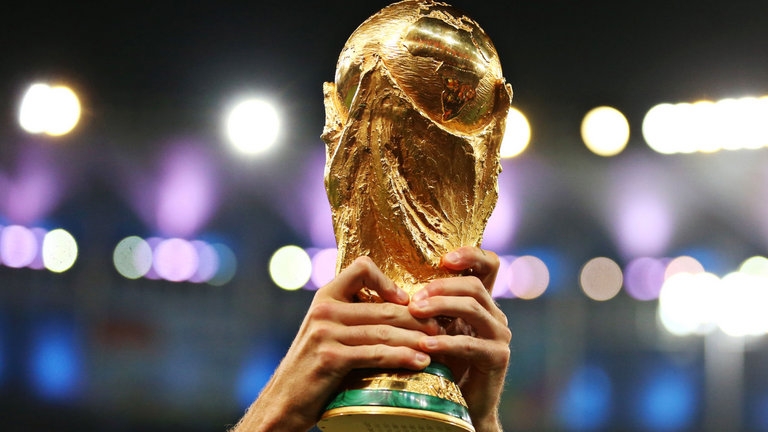 In less than a month, the 2018 World Cup will kick off with a match between hosts Russia and Saudi Arabia. The world’s most watched sporting event is missing usual contenders like Italy, Netherlands, and long-running qualifiers like Ghana, Ivory Coast, and the United States are also missing. In their place, underdogs like Saudi Arabia, Morocco, Egypt, and Tunisia, the most Arab nations to qualify for a single World Cup. Panama and Iceland will make their first appearances in the Tournament, with Iceland being the smallest country to ever qualify with a population less than 350,000. With old contenders rebuilding around new stars, and the presence of some surprising teams, this year’s World Cup might be the most unpredictable in some time. That won’t stop The Daily Nexus though! Here are our 5 boldest predictions for the World Cup!

Russia Will Not Make It Out of Group A

Russia has a rich history of competitive soccer. They qualified for Brazil 2014 by winning their group outright over Portugal. They’ve reached as high as third on the FIFA Rankings in 1996 and their average position in the FIFA rankings, which has existed since 1993, is a very respectable 23rd. Add in the traditionally non-threatening presence of Egypt and Saudi Arabia in the host country’s group, Russia would normally easily skate through to at least a second place showing, if not challenge Uruguay for the top spot. However, no points are awarded for tradition at the World Cup, and Russia will have to earn it’s spot in the knockout stage with perhaps their worst team in history. The FIFA Rankings has Russia at its lowest spot in history this month at 66th. They have not won a single game this year and their best recent result was a tie with Spain, where they gave up three goals in St. Petersburg at the end of last year. To put it shortly, Russia is one of the few teams in the tournament that has been steadily trending downward over recent months. After Egypt’s Mohamed Salah’s record-breaking performance this year at Liverpool, the Pharaohs’ one-man show should be enough against Russia’s porous defense to advance Egypt past the host nation, who may become the second host team to not reach the knockout stage after South Africa in 2010.

France Won’t Get To The Knockout Stage

France has been raved about in early previews of the World Cup as the deepest team in the tournament. You could even make a competitive squad from the French players, who did not get the invite to Russia. Led by Manchester United standout Paul Pogba, and a veteran captain in goalkeeper Hugo Lloris, France is deserving of its status as a contender this year. Just like they were in 2002 as defending champs or in 2010 as defending runner-ups, when they couldn’t get past the group stage. France is obviously a favorite on paper, but some French media are worried about this version of the squad. “This French team lacks character and mentality”, said Christophe Dugarry after a friendly loss to Colombia. Of perhaps all the major contenders, France may be the team most likely to surprise us all and flame-out in the group stage like they did in 2010.

We’ve already touched on Uruguay’s favorable Group A, but do not be surprised if the majority of the groups are won by South American squads. Argentina and Brazil are contenders to win the whole tournament, let alone their group. Colombia drew perhaps the most wide-open group with their only real roadblock being a one-man show in Robert Lewandowski’s Poland and an underrated Senegal team. Still, Colombia, led by James Rodríguez, the leading goalscorer at Brazil 2014, should be a slight favorite to top the group.

While Peru will be making their first appearance since 1982, make no mistake they are not to be underestimated. The last time they lost a match was to Brazil in 2016! That’s not a bad streak to bring into the Cup and they are easily one of the hottest teams entering the tournament. We’ve already seen France’s penchant for struggling in the groups now and again and if Peru can take care of them, then Australia and Denmark shouldn’t be any more challenging. Even with star Paolo Guerrero sidelined by a doping suspension, Jefferson Farfán and the rest of Peru’s team will continue their hot streak and top Group C.

We’ve already touched on a talented Egyptian squad led by Mohamed Salah, and an underrated Senegal who should only need to beat an unbalanced Polish team to take second in Group H. Nigeria is another squad that has a shot to make it through. They have a solid group, but have had goalkeeping issues with 19 year old Francis Uzoho the likely starter. If he can hold it together for them between the sticks, it possible they could beat out plucky Iceland and solid Croatia. Those three seem to be Africa’s best shot of getting to the knockouts, but crazy things happen in the World Cup and maybe Tunisia or Morocco make some noise. Three squads in the knockouts would be an unprecedented result for African soccer, and while it is a bold prediction, don’t be surprised to see Africa cement itself as the clear third best soccer region behind Europe and South America.

A South American Team Will Win The World Cup

Argentina and Brazil have always been huge soccer powers, but have been lacking in World Cup victories for a while now. Europe has won 3 straight an all-time record, including the first European win in South America with Germany’s dominant run last year. On top of that, South America has not won a World Cup on European soil since Brazil’s win in Sweden in 1958. Here’s why it could change this year. Brazil is highly motivated after last years embarrassment against Germany in the semi-finals and they’re dialed in after a recent 1-0 victory over the defending champs. Messi wants to cement his status as the greatest of all time and perhaps only a World Cup victory will bring that to him. After European dominance on the sport’s biggest stage it’s time stars like for Neymar, Messi, James, and Cavani to reestablish South America as the center of the soccer world. Brazil breaks through for another World Cup championship, while Argentina and Colombia do serious damage in this tournament.

love this article, its keeping it fresh

This writer should delete himself