The Daily Nexus
News
Bubbly Second-Year Student Remembered for Her ‘Inner Light’
May 31, 2018 at 12:10 am by Jorge Mercado

A second-year UC Santa Barbara student died on Friday, May 18. She was 20 years old. 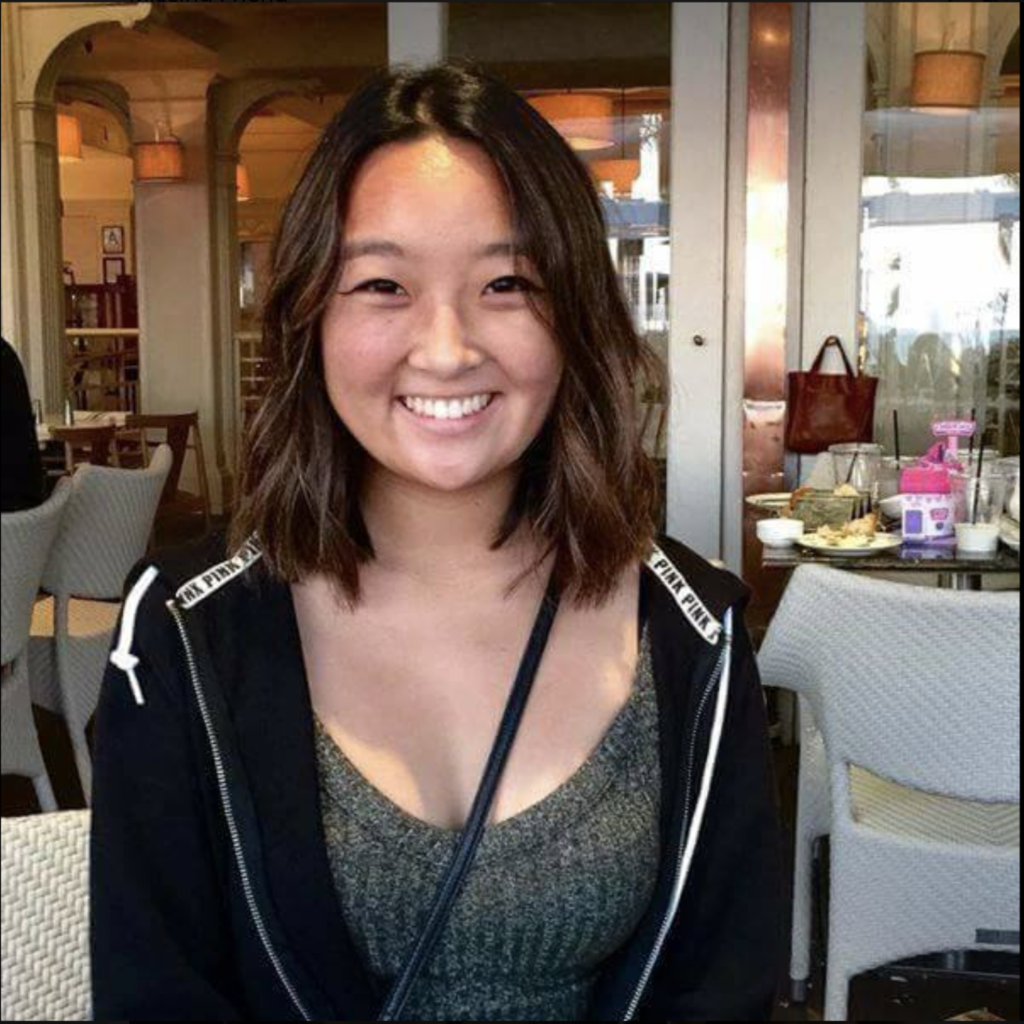 One of the things Annie loved to do during her free time was bake. Childhood friend Thomas Kim recalled a time when Wang made him brownies for his 18th birthday and hid them in his locker. Kim was surprised to find them after school. Courtesy of Bryant Pahl.

Annie Lynn Wang was born on Jan. 3, 1998. As a second year at UCSB, Wang already held junior-level standing and was a member of the Alpha Phi Omega Fraternity. She was a psychological and brain sciences major and hoped to attain a minor in art.

At a vigil held in her memory last Thursday, friends described her as warm, caring and, above all else, bubbly.

Second-year student Brandon Yoon felt the same way. Yoon met Wang during the Freshman Summer Start Program back in 2016. The two met playing air hockey on the very first night of summer. That night, they made a bet over whether or not a pair of mutual friends nearby would fall for each other romantically.

Yoon won the bet but bought her the dessert anyway because, he laughed, “she was so nice I did not want to burden her.”

Yoon said every moment he spent with Wang was filled with laughter and happiness. He added that he will always remember her smile and laughter.

“Annie had a very specific sense of humor. She had a sarcastic wit that was very playful and could ease you into having a conversation,” Yoon said. “Her laugh and smile were so distinct. It was the first thing you saw every time you saw her.”

One thing that brought Wang and Yoon closer together was their love for anime. Yoon recalled putting off homework one night to watch an anime called “Haikyu!!” with Wang.

“I kept telling her I really had to go but she just said ‘no, no, no this is so much fun’ so we stayed there watching for almost three hours,” Yoon said.

More than 150 students, faculty, and family showed up to Wang’s vigil. Yoon said he was surprised by the number of people that showed up.

“I didn’t know Annie touched that many people’s hearts. And that is just UCSB, if we could account for all the people in San Diego as well, who knows how many would have shown up,” Yoon said.

Yoon added that the number of people that showed up only confirmed that Wang’s “positive personality” was something she shared with everybody that “made her special.”

Wang’s mother, Ling Cao Zentner, also attended the vigil. At the vigil, she said hearing everyone’s stories made her happy to know that her daughter played a vital role in so many people’s lives.

“She was the love of my life and knowing that she all meant so much to you brings me happiness because she was my everything,” Zentner said.

One of the things Annie loved to do during her free time was bake. Childhood friend Thomas Kim recalled a time when Wang made him brownies for his 18th birthday and hid them in his locker. Kim was surprised to find them after school.

“I still remember eating them in the car ride home, savoring every bite, knowing that she baked with love,” Kim said in an email.

Kim said that on top of making really good cookies and brownies, Wang knew how to bake beautiful cakes. Kim remembered how she once made her mom a two-layer cake for her birthday and how they snuck frosting off the edges.

Christine Fan, another close childhood friend of Annie, added that Wang loved to cook. She said the two went to France together and recalled how excited Wang was to go to a famous store that was known for selling cooking utensils.

“I remember she spent nearly $100 on just buying cooking utensils and the entire time she was explaining why they were so much better than anything at a regular grocery store,” Fan said.

Kim also said Wang was someone who always put others above herself and had an infectious happy attitude.

“I got to see this firsthand back in high school when we used to volunteer at a retirement home,” Kim said. “When we were in the memory care housing, she always put a smile on the residents’ faces, and genuinely found joy in helping others. She had this innate ability to befriend anyone, anywhere, and at any time.”

Kim said even though he went to a different university, he still has never met anyone with Annie’s “inner light.”

Fan, a student at UC San Diego, said Wang was sometimes a weird and quirky person, but in a way, it brought people together.

Fan knew Annie nearly her entire life. Fan’s father shared with her that she met Annie when the two were just kids.

“My mom was walking me in the baby stroller and Annie’s mom had Annie in the yard. My mom took me out of my stroller and Annie and I started crawling towards each other and after that day we would play together every evening when my dad got off work,” Fan said.

Fan was there for every major milestone in Wang’s life. She remembers meeting Wang’s first boyfriend, seeing her react to her first pimple, everything.

Fan added that on top of her love for baking, Wang also loved to run and enjoyed being a part of the high school marching band. She was a talented flutist.

“I remember [in] high school she had so many friends and everyone just enjoyed her smile and laugh and no matter what she would always be smiling,” Fan said.

Wang loved to listen to classical orchestral music, given her background with the flute but also enjoyed listening to EDM as well. Originally, Wang and Fan were supposed to attend LED in San Diego this past weekend.

Fan noted that on top of being a cheerful and friendly person, Wang made a point to devote 100 percent of her attention towards the person she was talking to.

Wang “made you feel like you were the only person in the room,” Fan said.

Fan added that Wang loved her time at UCSB, especially the fact that it was by the beach.

Both Kim and Fan recalled the last time both of them saw Wang. Wang visited Kim at the University of Southern California, where he attends school. Fan traveled from San Diego  — they both agreed it was more fun because Wang was there.

The three went to eat pancakes and explore the city.

“That day, she just couldn’t stop smiling,” Fan said. “That’s how I like to remember her, just smiling and happy because that’s the way she was.”

Before Fan arrived, Wang and Kim traveled to Little Tokyo. Kim said he was so excited to show Wang around USC’s campus and share stories of their college experiences.

“I’m left with this beautiful memory of her, as this was the last time I saw her in person,” Kim said, recalling the day.

A version of the article appeared on p.3 of the May 31 print edition of the Daily Nexus.

Correction: A previous version of this article stated that Annie Wang died on May 22. She died on May 18.