Isla Vista residents and UC Santa Barbara students welcomed the three Santa Barbara County Sheriff-Coroner candidates with a packed room as the three made their last push to win over third district voters before the June 5 statewide primary elections.

Incumbent Sheriff-Coroner Bill Brown, who is running for a fourth term with nearly 12 years of experience at the helm of the Santa Barbara Sheriff’s Office (SBSO), visited I.V. alongside opponent SBSO lieutenants Eddie Hsueh and Brian Olmstead.

Once elected to the position, the new sheriff-coroner would be responsible for overseeing SBSO and IVFP in the college town of approximately 23,000 as well as the whole of Santa Barbara County and its approximately 424,000 residents.

Brown was met with a small crowd of six protesters shouting “Fuck Bill Brown” through a megaphone from outside of the building at the start of the forum. The group was critical of his stance on a bill which would make California a sanctuary state and his willingness to comply with Immigrations and Customs Enforcement’s (I.C.E) requests for information. 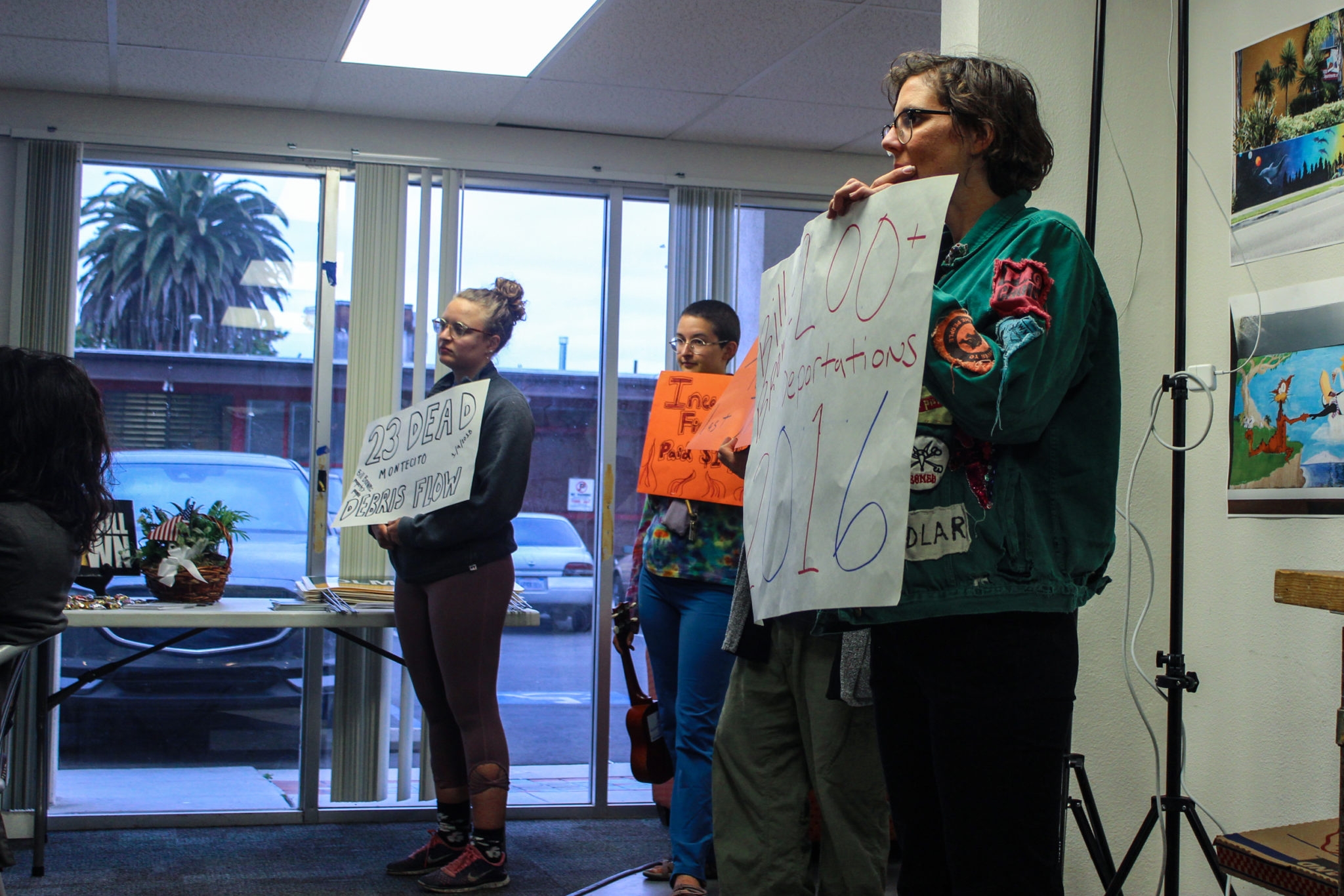 Under Brown’s leadership in 2016, I.C.E. deported 200 undocumented inmates in Santa Barbara County after SBSO turned over their information, according to the Santa Barbara Independent.

During the forum, the protesters silently held signs at the back of the room objecting to the number of deportations under Brown’s leadership.

The forum was hosted by the I.V. Community Services District and moderated by Allison Adam and Adam Chohan, two staff members in the Associated Students executive vice-president for local affairs’ office. Audience members also had the opportunity to submit questions to the candidates prior to the forum.

Here are the main points discussed during the forum: 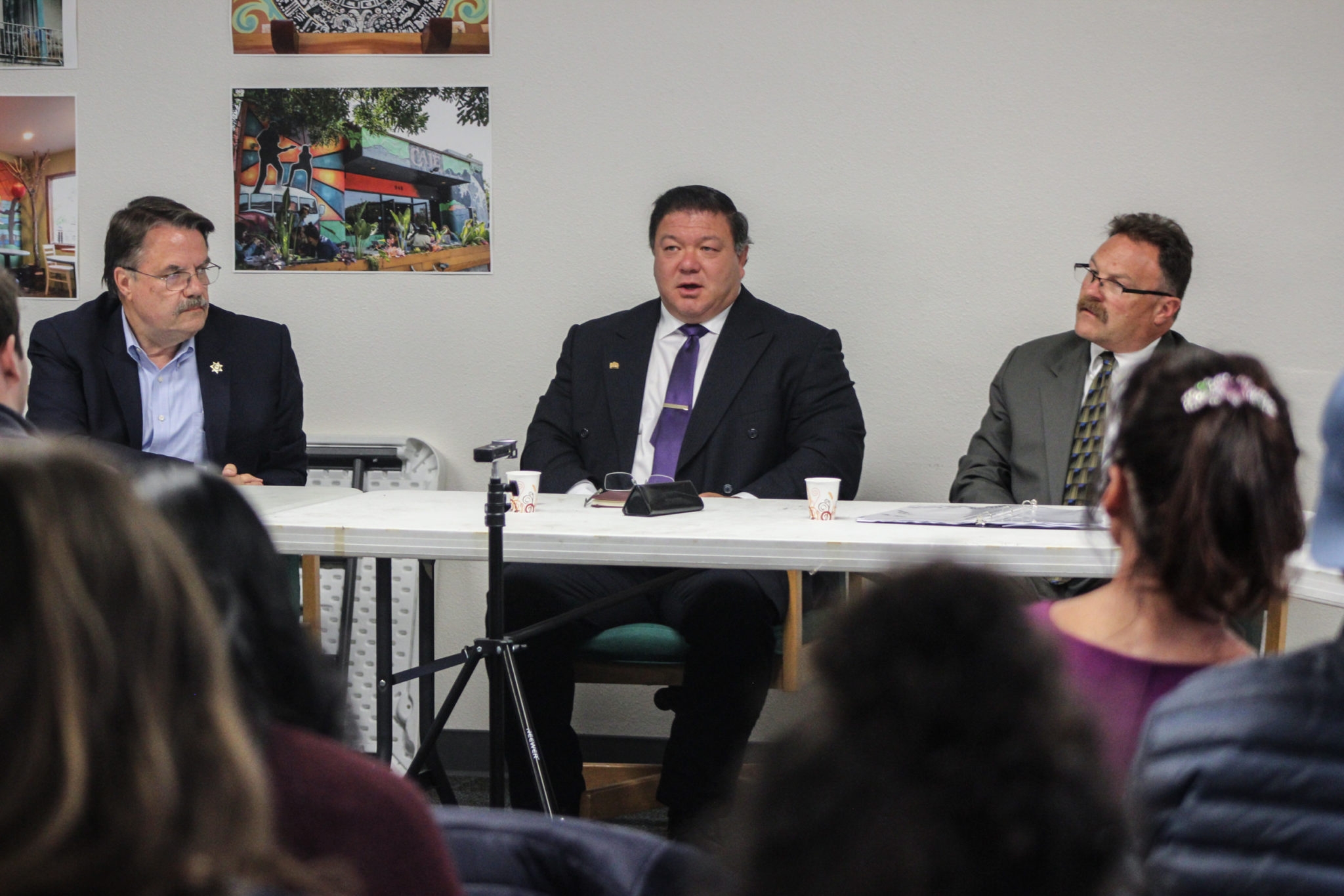 Responding to Cases of Sexual Assault in I.V.

All three candidates unanimously expressed support for medical amnesty for overdose victims and those suffering from alcohol and substance abuse.

Hsueh, in particular, expressed support for written policies that would show the public that the department’s emphasis is to protect their lives. Under these new policies, those seeking medical attention for illegal activities like drug use or underage drinking would not be arrested.

Concerns Over SBSO Lack of Personnel

The three candidates said one of the department’s pressing needs is its lack of personnel.

Sheriff Bill Brown is a fascist pig. Literally. He, and his quisling Bernard Melekian, are together committing federal, state, and local crimes against good sheriff deputies who tell the truth about the both of them and their now crooked law enforcement agency. Brown and Melekian are fascist crooked cops and need to be voted out as soon as possible.

It sounds like Bill Brown best represents Santa Barbara citizens and not select groups of people.