In case you missed it, A.S. Program Board (ASPB) presented the students of UCSB with their fun (and free) annual festival on the grass of Harder Stadium last weekend, featuring DJBJ,  Coast Modern, DRAM, Charli XCX and Dillon Francis. While, yes, many pessimists sought to degrade this line-up through Facebook comments and Twitter replies, there was no denying that every Gaucho in attendance was grateful for a temporary escape from the usual hangover-filled and homework-stuffed Sunday routine. In addition to this exciting cast of musicians set to play Extravaganza, several student vendors outlined the edges of the stadium and plenty of Instagram-worthy photo ops were available with the venue’s artsy tents, aesthetic signs and inflatable festival monster.

Opening up Extravaganza this year was recent Battle of the DJs winner, DJBJ. This duo, wearing matching red, white and blue jerseys, brought forth an exciting, naive energy to the stage as they stood side by side spinning tracks together. However, even though everything seemed to be all “good vibes” and whatnot, DJBJ did have the difficult task of engaging a small audience since they began performing shortly after the gates opened, before many of the people showed up to Extravaganza.

In an effort to appeal to every music taste out there, DJBJ played a variety of hits from different genres in this amateur performance of theirs, displaying a breadth in music knowledge and appreciation. During their set, DJBJ remixed new songs like “Wild Thoughts” by Rihanna and “Nice For What” by Drake, then switched it up and played older artists like Red Hot Chili Peppers, Justin Timberlake and Estelle.

Following DJBJ was another musical duo, this time of the indie sort: Coast Modern. Originally formed in Los Angeles a few years ago by Luke Atlas and Coleman Trapp, Coast Modern has since grown into an established pop-rock band that has toured with popular artists like BØRNS, The Wombats and The Temper Trap. In between songs during their Extravaganza set, Atlas and Trapp frequently engaged with the audience, getting the crowd to sing and clap along with them and even referenced UCSB as the “University of Cool Skateboards.”

Though their most recent album came out in 2017, Coast Modern has been releasing singles since 2015, like “Animals,” which many students in the crowd seemed to know and like. It was this track in particular that stood out the most as it provided a mellow, flowing beat with easy lyrics that anyone could sing along to. In a world of auto-tune and electronica, it was rather refreshing to see a live band perform as Coast Modern did, with even more authenticity and pizazz than audibly present in their studio recorded tracks. 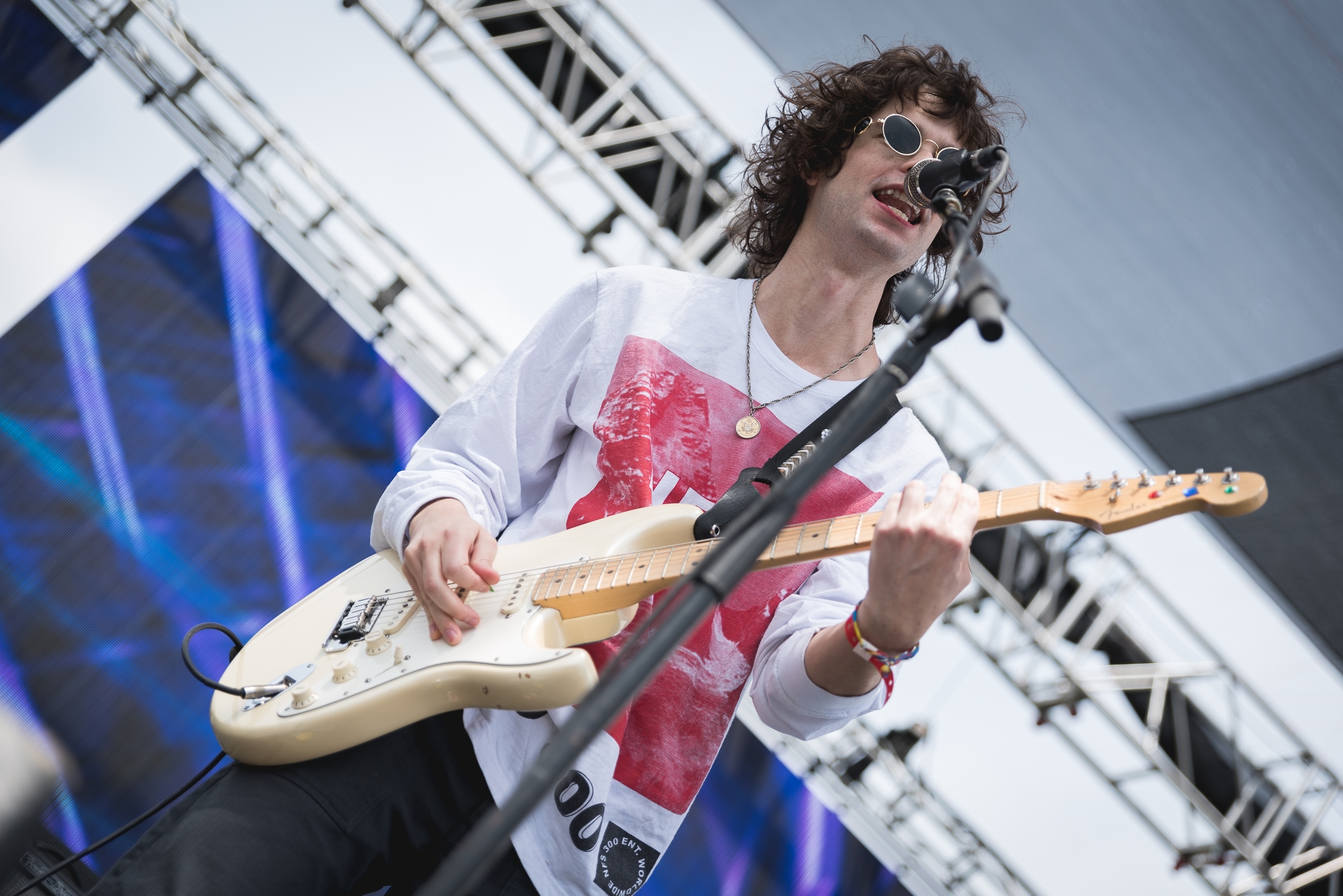 Known largely for his hit “Broccoli” featuring Lil Yachty, DRAM performed after Coast Modern, switching up the theme from calm indie to exciting hip hop. Before DRAM (aka Does Real Ass Music) came out on stage, his DJ tested out the waters first, making sure us Gauchos were hyped enough for the rapper to begin his set. As he began singing, it was apparent the attendance rate at Extravaganza had exponentially grown since the gates’ opening at 1 p.m. (as did the number of drunk students asking to be lifted out of the pit by surrounding security guards). Prefacing his song “Cute,” DRAM explained to us that we should be striving to spread love every day and tell those we like that we “think they’re cute,” as he often says in his song. Overall, the energy DRAM brought to the stage kept everyone’s mood afloat and invited more students to let go and actively engage with his music.

Next up was the woman who stole the show, popstar Charli XCX. Regardless of Dillon Francis being the headliner for Extravaganza, Charli fans made their way to the front of the stage for her set at 4:20 and made it clear that she was the most anticipated act. Making her way into the music scene with features in hits like “I Love It” by Icona Pop and “Fancy” by Iggy Azalea, Charli XCX has worked tirelessly to make a name for herself by releasing solo albums such as her most recent Pop 2, which came out in 2017.

Starting her set with “Boom Clap,” Charli jumped out from backstage wearing an all white, loose-fitting outfit that allowed her to dance any which way she chose. The combination of her charismatic stage presence and the familiarity of the song worked as an invitation for students to dance along with her, as she often tried to hype everyone up with phrases like, “UCSB, fuck it up!” and “When the beat drops, I want you guys to go crazy!” During her set, wigs were thrown to the stage, Charli abandoned her platform to sing directly with fans in the crowd and a giant beach ball travelled over the tops of everyone’s heads. 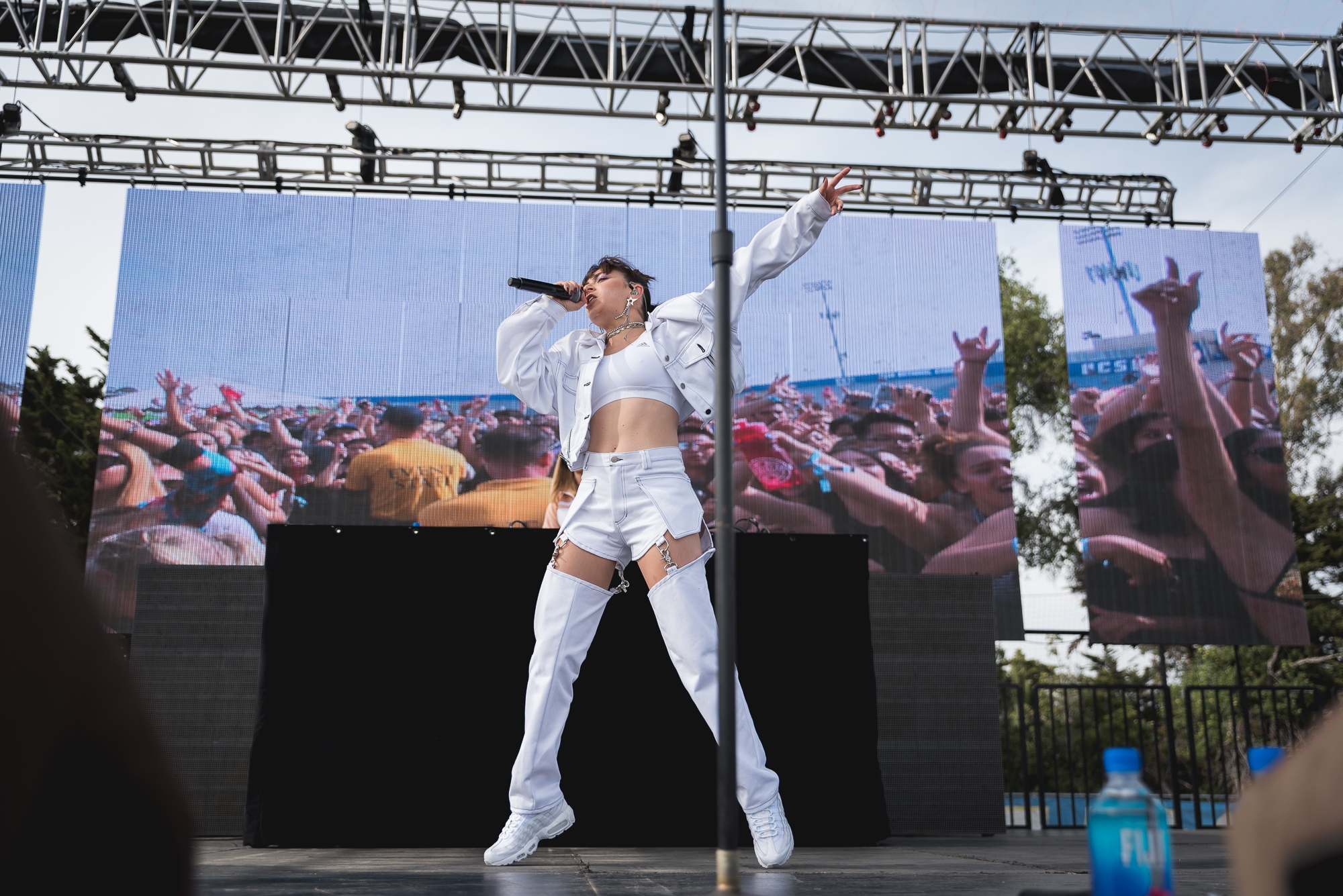 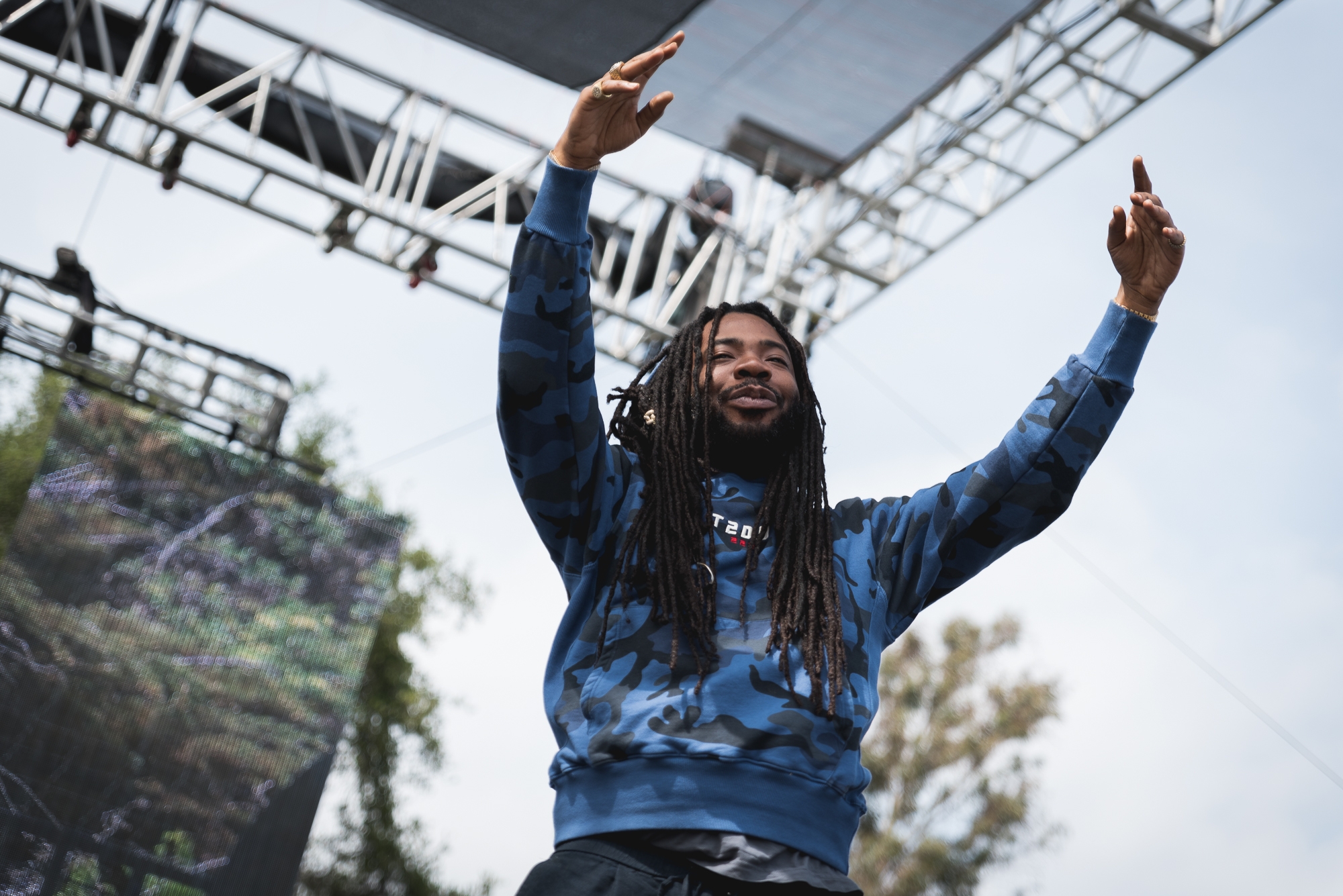 The grand finale of Extravaganza was a live DJ set from well-known artist and producer, Dillon Francis. Though 15 minutes late to his scheduled set time, Francis presented students with loud, electronic music and very stimulating visuals that transformed the event from festival to rave. Hidden behind a giant screen which housed all of Francis’ DJing equipment, the crowd was able to directly interact with the music rather than focusing on the artist himself.

While it was quite cool to have a DJ as successful as Francis performing on our campus, his set didn’t sound too far removed from what you might hear at a decent party on DP. The music was loud and techno-heavy, and it had a beat that every lit UCSB student could comfortably dance to in the realm of Harder Stadium. So in that sense, his set was a success. In any event, after two and a half quarters of hard work, ASPB pulled through and gave Gauchos a safe environment to let loose, enjoy some good live music and even get free reusable water bottles. ‘Til next time, Extravaganza!