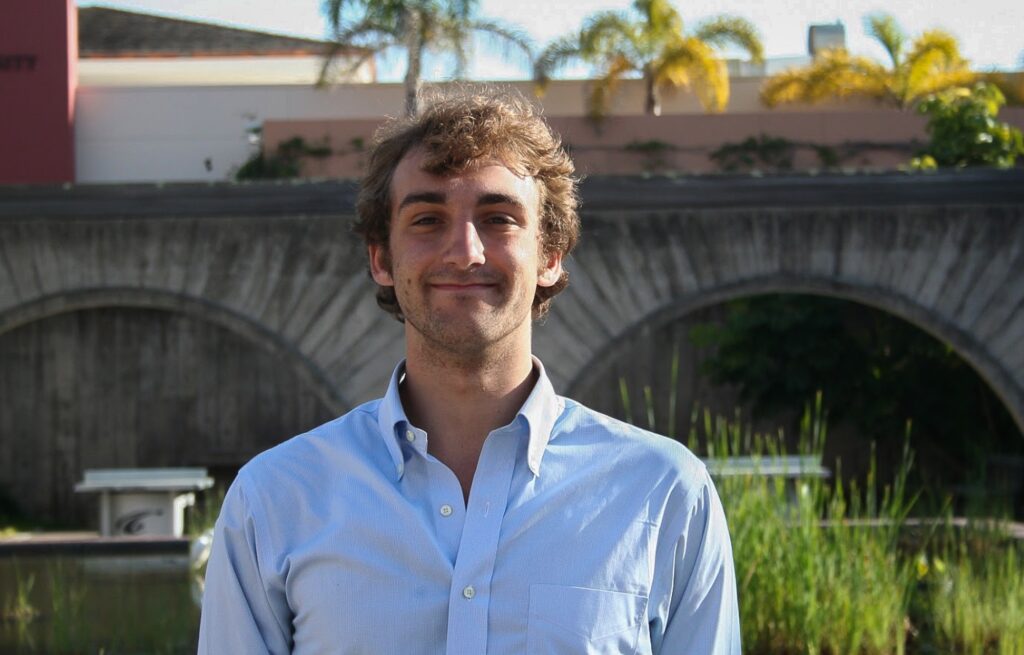 Jack Tannenbaum ran unopposed in the 2017 Associated Students election for Student
Advocate General. After a year in office, he looks back on his term as filled with challenges,  accomplishments and advocacy.

“I think that to be S.A.G., you have to have a very present voice. You have to be willing to be vocal and be present,” Tannenbaum said.

The responsibilities of the student advocate general (S.A.G.) include overseeing the Office of the Student Advocate (OSA) and its staff, educating the student body on students’ rights and promoting awareness of services offered by the office.

OSA’s role on campus is to inform and assist students facing charges from UC Santa Barbara in issues relating to housing, academics, public interest and social conduct, essentially “serving as the campus public defender,” according to the OSA website.

S.A.G. is also required to act as a nonpartisan representative for all undergraduates on campus, according to the A.S. Elections Code.

Tannenbaum, a fourth-year economics major, said his term was filled with both growth and uncertainty.

In leading new projects expanding the purview of the OSA as well as maintaining efficiency of the caseworkers, Tannenbaum said he had to balance the needs of individual students as well as those of the student body as a whole.

Tannenbaum led projects including the polling analyst project, rewriting the legal code for positions in OSA and renovating the OSA website.

OSA case workers work with students individually, guiding them through the university’s judicial process. This can include helping students organize their case documents, providing mediation and accompanying hearings, according to the OSA website.

He said one of the biggest projects during his term was the polling analyst project, which he claims stemmed from his commitment to nonpartisanship as well as his determination to innovate strategies for representing UCSB’s student body, he said.

The project was initiated in Fall Quarter of 2017 and aims to shed light on marginalized or underrepresented voices at UCSB by polling the student body on their opinions and needs, according to Tannenbaum.

The poll was intended to be included at the end of the ballet form for A.S. elections, but due to setbacks had to be postponed until a later time. The poll will be implemented before the end of the year, Tannenbaum said.

“Starting a project from scratch is tough and I would say we were in new territory in how we wanted to implement this,” he said.

He said it was important to collect substantive information about the priorities of students so he could bring it to the attention of the A.S. and continued to pursue this project despite obstacles that arose.

Rose Ettleson, OSA chief of staff, worked closely with Tannenbaum during his term and attributed his successes in outreach as S.A.G. in part to his charismatic personality.

“He wasn’t necessarily so focused on purely technically minded or technically sound people, what he was focused on was people that he could work with,” Funk said. “You’re not looking just at merit, you’re looking at like the more holistic view of a person and I thought that was really admirable.”

During his term, Tannenbaum revamped the OSA website, which when he entered the position, had errors throughout its pages including incorrectly listing past a S.A.G. as current a current caseworker.

Tannenbaum also spoke to transfer students in lectures about the role of the OSA in assisting students with issues like plagiarism.

Instead of speaking about a focus point of judicial consequences, Tannenbaum instead spoke to students about the advocacy that OSA can provide when students have issues that bring them to the OSA office.

“We’ve made some inroads in kind of strengthening relationships between our office and administration which is really vital to making sure we can best advocate for students,” Tannenbaum said.

In Tannenbaum’s campaign platform, he estimated that the OSA office served approximately 20 cases per quarter. This year, Tannenbaum estimated that OSA served as many students this year as last year, and possibly more.

Before coming into office Tannenbaum did not have previous experience in the OSA, but he said his time serving as a proxy during Senate meetings cultivated an appreciation he now holds for nonpartisan work and led him to the position in his final year at UCSB.

He also said he has found fulfillment in helping students find resolutions to the issues that bring them to OSA.

“Our office provides a space and people who are there to say ‘you’re not alone. We have the institutional knowledge to help,’” Tannenbaum said. “It’s been a really amazing and gratifying experience to be able to be in that space … and try my best and try to enable others to help those in times of need.”

As for advice for next year’s S.A.G., Grecia Martinez, Tannenbaum said maintaining an active voice for all students and guiding them toward solutions should remain the focus throughout the term.

“That’s really what our job is about… being there for students in times of need,” he said.

U got me JACKed up

What the fack? Jack didn’t do shit as a SAG, he came to Senate only when it conflicted with HIS personal interests, using his SAG position as a tool of “knowledge” for the Senate to use. If he was really as non-partisan as he said he was, he wouldn’t have done such stupid shit. Sorry but Jack didn’t even do the polling shit, did any of you ever receive the link to even take the poll? Rose Ettelson WAS the 2017-2018 SAG, don’t forget to mention that. Tannenbaum added Funk so he could run for Senate (LOL thought we didn’t… Read more »