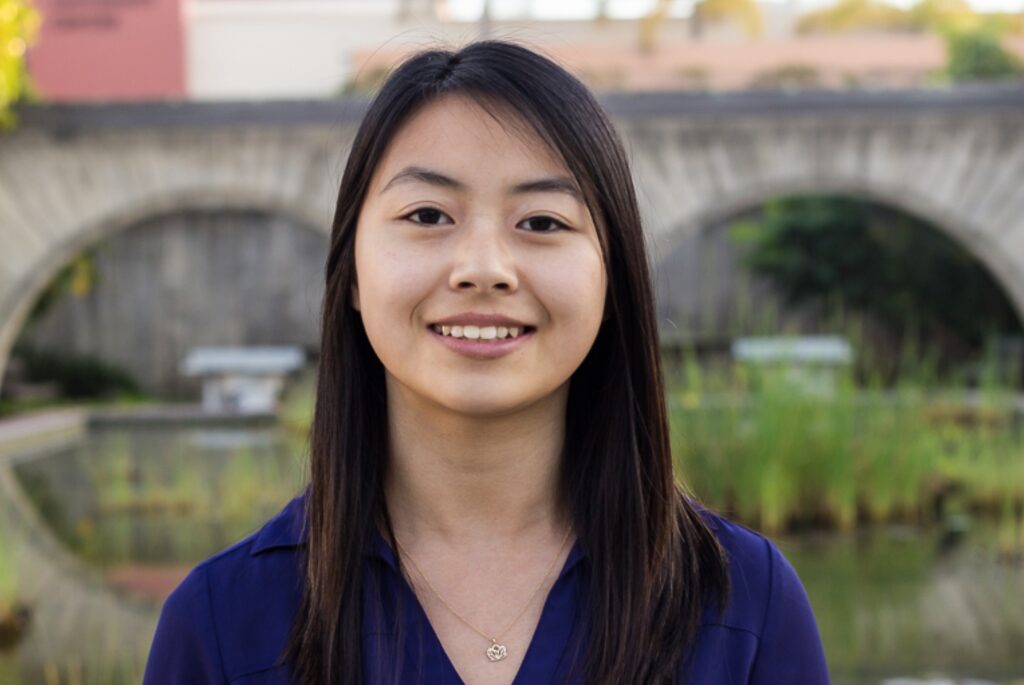 As outgoing external vice president for statewide affairs, Kristin Hsu said the position and all the work that came with it lived up to her expectations.

“I felt like I had a lot of insight coming into office … I made sure I knew what I was getting myself into,” she said.

Her position as UC Santa Barbara’s external vice president for statewide affairs (EVPSA) required her to advocate on behalf of the student body to the University of California Regents, UC Office of the President and other partner organizations with Associated Students (A.S.).

Hsu told the Nexus she believes she successfully addressed all of her campaign platforms during her year in office.

She ran on a platform of advocating to legislators for the “rights, resources, and representation of students across the state and nation.”

During her time as EVPSA, Hsu focused on preventing a tuition increase for the 2018-2019 school year that the UC Regents were planning to impose in response to the lack of state funding.

Hsu went on a number of advocacy trips throughout the year to advocate on behalf of UCSB students to encourage the UC Regents to listen to student needs including advocating for bills regarding sexual assault, violence and harassment on campus.

Because of the work Hsu and other student advocates have been doing to prevent this increase, the Regents postponed the vote to raise in-state tuition until the end of May and have instead begun partnering with students to advocate for more funding from the state, Hsu said.

Earlier this month, Hsu, along with UCSB Chancellor Henry T. Yang, A.S. President Hieu Le and other university members went to Sacramento to meet with legislators and lobby for “budget asks and what [A.S.] determines to be priorities.”

The group asked legislators for $140 million to address “deferred maintenance, over enrollment [for the 2017-18 school year] and buying out the tuition increase.”

The latter was in response to Governor Brown’s proposed budget for the UC, which was significantly less than the Regents expected.

The results of their efforts will be seen in June when the legislators create a budget for the UC and submit it to the House and Senate.

Initially, Brown planned to eliminate it, but later decided not to following public and legislative backlash.

Since the scholarship was never eliminated a replacement was not necessary to implement, Hsu said.

Hsu also fulfilled her goal of bringing all candidates running for California Governor to UCSB to speak with students.

Governor Candidate Delaine Eastin visited UCSB on Earth Day, Antonio Villaraigosa will be visiting in a few weeks, and both John Chiang and Gavin Newsom are planning to visit before the June 5 primaries, according to Hsu.

Hsu’s final platform item stated she would “collaborate with key state and student organizers to work on a system-wide campaign to reclaim the cost of higher education during the 2018 election.” Hsu said she has worked with Reclaim California’s Higher Education Coalition throughout the school year to create an informational video, released in October, that explains how people of all backgrounds can achieve higher education.

“In some shape or form I have responded to all my platorm points,” Hsu said.

Hsu said she is most proud of helping unite students voices at UCSB with state legislators who can make changes to the higher education system, specifically in regards to their fight for increased budgets.

“It’s always been a struggle of whether these powers or institutions or higher authorities will take students seriously,” she said. “I think this year the work that UCSB students have done really shows that we are a force to be reckoned with.”

Hsu said the money the EVPSA’s office received for the 2017-2018 school year went to funding their advocacy trips and events the office hosted throughout the year, including the GOP tax panel last fall, which featured Congressman Salud Carbajal.

“This panel was set to inform people about how [the GOP tax] would affect both undergraduate and graduate students alike,” she said.

Hsu also partnered with Rose Le, the EVPSA office’s mental health coordinator, to organize a panel for the science, technology, engineering and mathematics students on campus to aid them in maintaining their mental health amidst the stresses of their heavy class load.

Nushi Yapabandara, the Re-Ignite coordinator for EVPSA, praised Hsu and the rest of the team for the work they were able to accomplish this year.

“[The EVPSA is] one of the most productive A.S. exec offices and I am going to miss being able to work with such down-to-earth people in the ‘real world,’” she said in an email.

Yapabandara and Hsu partnered together to work on projects including the establishment of permIGNITE, an organization on campus that works to “empower the marginalized voices that proudly exist within the UC campuses and beyond,” according to the EVPSA’s Facebook page.

Hsu said the biggest challenge that both she and her team faced over the year was time.

“Everyone else works on this regular calendar year January through December, but student leaders work May to May which is odd,” she said.

Hsu’s elected successor was fourth-year global and Chicanx studies double major Mayela Morales, who was later disqualified from her position by A.S. Elections Board on Wednesday.

As she transitions out of her position, Hsu wants the student body to know about all the hard work that both she and the rest of A.S. do throughout the year.

“A.S. is really a space for students to be their own advocates and … to feel empowered on the issues that they care about,” Hsu said.

The tea is that I have a partner, and it seems that I can’t discuss my professional accomplishments without someone mentioning him.