The Daily Nexus
Sports
Gauchos Finish Strong, Take Series to Close Out Uphill Season
May 13, 2018 at 5:20 am by Max Kelton 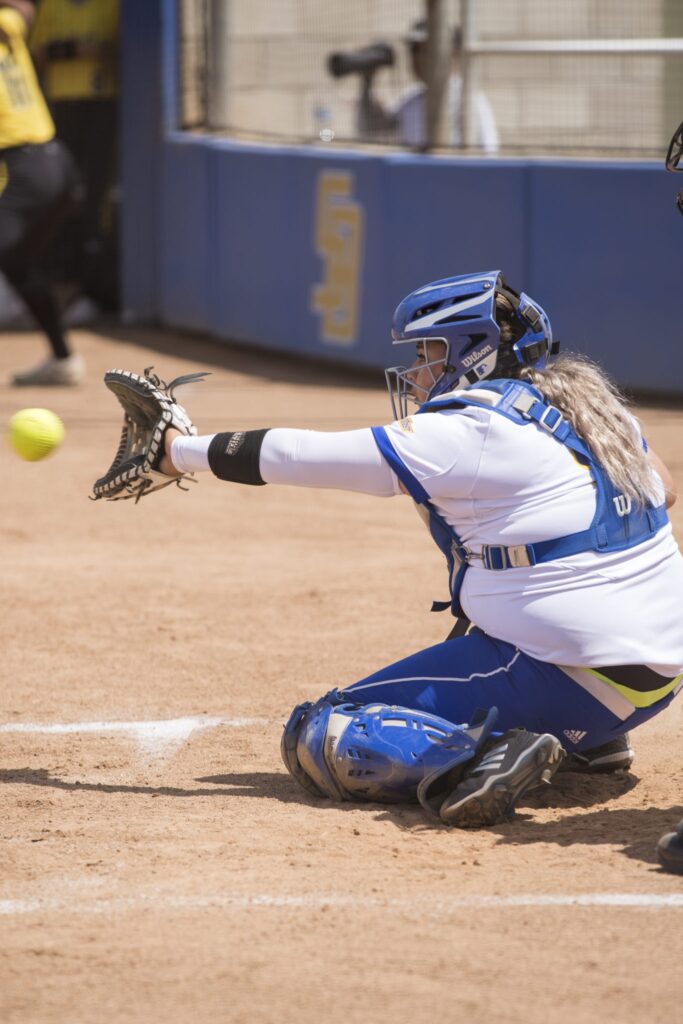 It’s been just under a month since UCSB bested a team for the majority of games in a 3-game set, but the ‘Chos rolled over a sliding Cal Poly squad to close out their rough season on a high note. UCSB bested the Mustangs in games one and two of the series by scores of 10-9 and 5-4 respectively before ultimately dropping the series finale to Cal Poly with a 5-1 loss.

UCSB finished the year with 20 wins and 34 losses, a disappointing downfall after the 31-28 season that the Gauchos completed during the 2017 season. Not only did the Gauchos lose 63% of its games this season, but UCSB finished in the eighth and final place of the Big West Conference with a 7-14 conference record, coming out on top in only one third of interleague contests.

With the series loss, Cal Poly dropped to 25-25 overall, 9-12 in conference play to finish in the fifth spot in the Big West Conference.

Although the shadow hanging over Santa Barbara’s season may be gloomy, UCSB looked fairly dominant in its final series of the 2018 season.

The series opener slipped in the Gaucho’s favor after huge run production in the sixth and seventh innings to send the contest into extra innings. Some late-game heroics by junior shortstop Melanie Menor drove in the winning run on a walk off single in the bottom of the ninth inning to win a 10-9 standoff as the infamous Blue-Green Rivalry kicked off for the final time this season.

Santa Barbara carried over this momentum into the Saturday doubleheader and managed to perform on a supreme level in the first game of the day as the Gauchos displayed overwhelming power at the plate that has been lacking for much of the year.

A first inning 3 RBI double by sophomore first baseman Hailey Martin propelled the Mustangs out in front early, but junior second baseman Sierra Altmeyer had an immediate answer come her first plate appearance of the day.

Altmeyer responded with a 3-run jack of her own to even up the game at 3-3, her seventh bomb of the year.

Complimented by a solo shot by sophomore center fielder Rayna Cohen, the Gauchos were tied at 4 runs a piece heading into the bottom of the seventh inning.

Boosted by a walk-off single in game one of the series, UCSB felt confident with their cleanup hitter stepping up to the dish with 2 outs in the final inning of play.

Altmeyer blasted her team-best 8th long ball of the 2018 season to walk-off Santa Barbara in dramatic fashion with a 5-4 win and pull out the team’s first series win since mid-April. This homerun marks UCSB’s third walk-off hit in conference play on the year.

The second base standout has turned it on in the final stretch of the season going 4-9 in the last series of the year with 2 deep bombs and 5 RBIs as she improved her batting average to .323 in her third season with Santa Barbara.

The Gauchos raked senior ace Lindsey Chalmers on two appearances over the weekend as she longed for the ever-coveted 20-win mark. The only thing standing in her way was the hidden power displayed from UCSB bats.

Chalmers was limited to 8.2 innings pitched over two starts and allowed 11 runs in the process. She finished with an 8.99 ERA over the course of the three-game series dropping her holistic season earned run average to 2.57 as she was unable to come up victorious in either of her two starts. The righty ended the season with 19 wins and 9 losses, nonetheless good for second most wins in the Big West.

While the first two games decided the outcome of the series winner, Cal Poly didn’t complacently lay down in the team’s season finale.

UCSB came out firing as Rayna Cohen drove in sophomore infielder Genesis Ramirez to thrust ahead in the bottom of the first inning.

From there, both offenses remained silent until Poly erupted for a 5-run fourth inning which caused sophomore southpaw Felisha Noriega to see her day come to an end.

For the next 3.1 innings, junior right-handed pitcher Veronika Gulvin maintained composure by allowing only 1 hit in her final appearance of the year.

Gulvin hasn’t particularly lived up to each and every expectation this season, yet this past weekend she shined bright and previewed some special talent that we look forward to seeing next season. The junior threw 6.2 innings over two appearances against the Mustangs allowing only 1 run throughout the weekend.

Although Gulvin was dominant, she didn’t receive much help from the offense as UCSB dropped its final game of the series by a score of 5-1.

Gaucho pitching struggled immensely this year as three of the four active pitchers culminated their seasons with ERAs over 5.0.

Yet the future is bright for UCSB! We saw promising performances from many young and well-rounded players. Freshman left fielder Sammy Fabian finished off her year with a team-best .335 batting average and displayed sheer and dominant speed early in the season. I would love to see more aggressive baserunning in conference play from Fabian since finished fourth in stolen bases in the Big West, although all of the steals came prior to Big West play.

Inversely, freshman infielder Maci Fines was unreal come conference play. She started out the year batting roughly .229 in the former half of the season, but once she started to compete with Big West teams, the third baseman began to produce at exponentially high levels. She hit a near .400 in Big West play which rose her batting average on the year to .290.

The Gauchos also have young help in the circle. Freshman pitcher Emily Schuttish came alive in the latter half of the season as she was the go-to starter for conference play. Her most prominent month of starts came during April in which UCSB saw a rise in strikeouts per 7 innings from 3.72 to 4.70. Schuttish only saw .1 innings worth of time in the circle during May and we saw a destructive increase in ERA as it rose from 3.81 in April to 8.08 in May.

There should be more of Schuttish next season as the ace on this Gaucho team. Hopefully, the soon-to-be second year compliments the other young batters well enough to improve on the 34-loss season.

Furthermore, its essential for junior second baseman Sierra Altmeyer and sophomore first baseman Alyssa Diaz to assume a major leadership role over the offseason and take control of this team to smoothly usher in the younger players.

Both infielders have a distinguishable leadership role on the team and must continue to push the rest of their Gaucho squad in order to improve in seasons to come.