The Daily Nexus
News
Multiple Stabbings Reported in Isla Vista
May 2, 2018 at 11:20 pm by Shomik Mukherjee 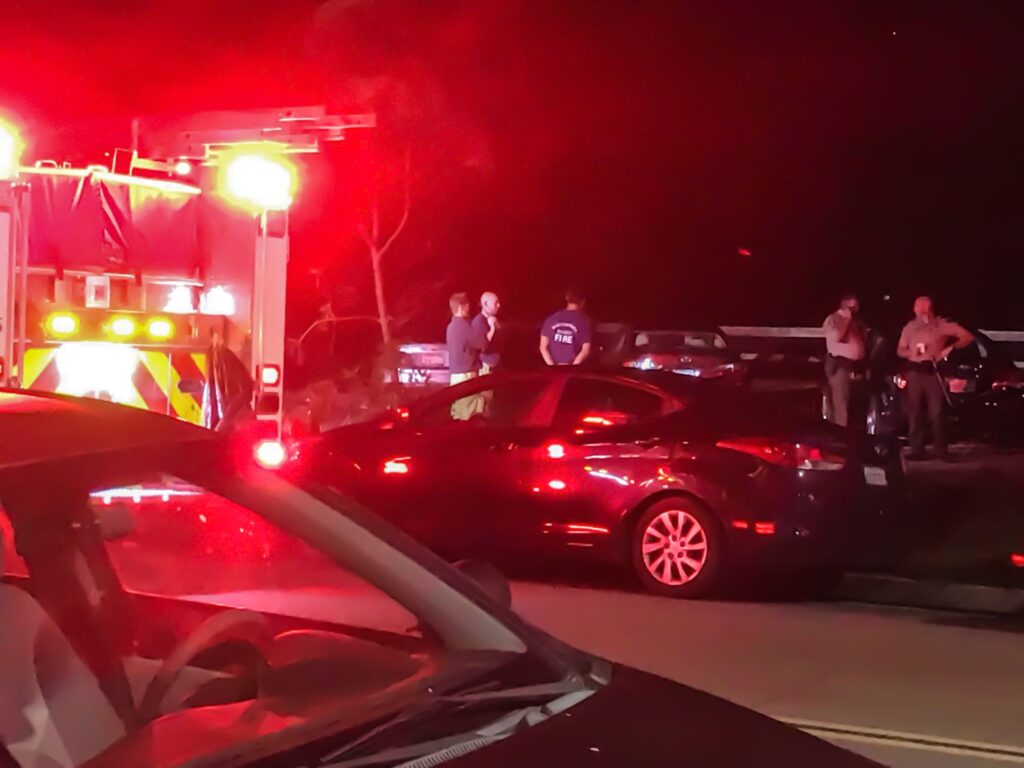 The incident occurred at approximately 9 p.m. on the 800 block of Camino Del Sur, according to Santa Barbara Sheriff’s Office spokesperson Kelly Hoover.

Sheriff’s deputies and UC Santa Barbara police officers responded to the scene after the Santa Barbara County Public Safety Dispatch Center received a report of “several male subjects fighting and two that were in need of medical help,” Hoover said in a release.

When law enforcement arrived, they found an 18-year-old male and a 14-year-old male “lying on the sidewalk with multiple stab wounds,” Hoover said.

The two victims were transported to Goleta Valley Cottage Hospital. Shortly after, deputies learned that a 17-year-old male from Goleta with stab wounds had been driven to the hospital by friends and was receiving medical care.

The victims are recovering from their injuries. Their current conditions are unknown, Hoover said.

The incident is currently under investigation. Sheriff’s deputies have secured the crime scene and are investigating the circumstances leading up to the incident to determine and locate the suspect.

It is unknown at this time how many attackers were involved.

Anyone with information about this incident can call the Sheriff’s Criminal Investigations Division at 805-681-4150. Individuals can also leave an anonymous tip at 805-681-4171 or on the SBSO website.

Thus far, the “victims” are being uncooperative w/ law enforcement when asked about the suspect(s). Looks like Goleta gang members met their west IV counterparts & a good time was had by all. Save the taxpayers some $$$ & let the problem rid itself.

Yeah fuck these frats and their raping drugging and abusing of students right.

Gosh, I’ve never heard that one before.

Well, never here the rest of the County thank IV for the large amount of Section 8 housing here… correlated, unfortunately, with a portion of the gang activity. Gotta be somewhere, and it is ok in IV, but not when the County shorts IV resources to address the consequences. Ditto our houseless population.. great that we are kind, but not great that SB police and County Sheriffs give free rides to IV from Montecito and downtown SB to houseless folks.

That and SBCC students.

Why r y’all talking about frats ?

Why is there always disgusting shit in the comment section?

Just a wild guess, but was everyone involved Mexican?

Just a wild guess, but are you White?