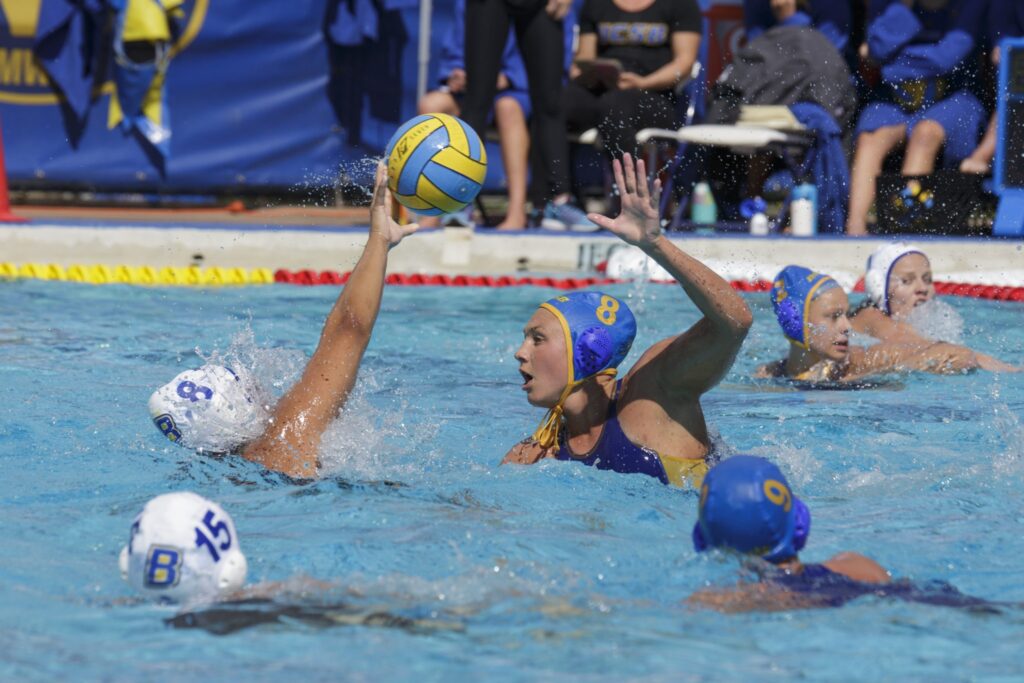 The No. 16-ranked UCSB women’s water polo team, who finished the regular season 15-12 overall and 2-3 in conference play, will face No. 17 Long Beach State to kick off the Big West Tournament in Irvine this Friday.

The Gauchos are coming off one of their most impressive wins of the season against No. 9 UC Davis on Senior Day. They will be looking to carry over the strong defensive effort they showed in this game, in which they held the third-best offense in the league to only five points, as they move into the postseason.

On the other side, the 49ers will aim to break out of their recent struggles as they have lost four of their last six games by an average margin of four goals.

Their 11-13 overall, 2-3 conference record placed them close to last in the Big West to end the year; however, the postseason offers them a blank slate moving forward.

Long Beach last played against No. 8 UC Irvine and lost by a score of 11-8. Both senior utility Virginia Smith and senior center Alexandra Massier tallied hat tricks in the contest but the 49ers could not hold off the red-hot Anteater offense.

Massier leads the way for Long Beach State with 35 goals on the year while junior attacker Tori Morrissey has 10 assists on the year to lead the team.

The teams have met twice this year with the ’Chos winning the first matchup in early February by five goals while the 49ers claimed the second matchup by one goal in March to start conference play.

It will be crucial for the Gauchos to continue their defensive success in order get past the 49ers, starting with the play of sophomore goalkeeper Kenzi Snyder. The Santa Ana native is coming off a contest in which she had 14 saves.

“There was a moment in the last game where she scored a goal from the cage which does not happen very often,” Head Coach Serela Kay explained postgame. “She stepped up and took a risk and that was definitely a turning point in that game for us. I think she played really well and the whole team felt the energy from that. I am looking forward to her continuing her high level of play.”

Despite being one of the youngest teams in the conference, Santa Barbara has been able to find success against their top-ranked opponents behind the play of sophomore utility Sarah Snyder, junior utility Kate Pipkin and stud freshman attacker Mollie Simmons.

“Pip does a good job of being a playmaker,” Kay pointed out. “She is very versatile and has a really high game IQ which is one of the reasons she can fill the role of the playmaker.”

“For Sarah, I talked about her being an inspiring player in the past, and I think she is still doing a great job of that,” Kay stated.

UCSB will look to continue to implement their patient play-style in the postseason as it worked extremely well in their last win against the Aggies.

“I think allowing the game to develop is important,” Coach Kay highlighted. “Sometimes there are teams that if they rush too much, there are more errors on their part which means the other team does not have to necessarily do anything to get those errors to occur. We have focused on that and this team has done a good job of maturing into that.”

As the Gauchos approach postseason play, they will look to follow the mantra that has led them to their successful season thus far, as they look to bring home a Big West title.

“Work hard, be resilient and trust the process,” Kay said.

Santa Barbara will play Long Beach State at 12 p.m. this Friday, April 27, at the Anteater Aquatics Complex in Irvine.

If they win their matchup with the 49ers, they will face No. 5 Hawaii on Saturday at 1 p.m.