The Daily Nexus
News
Dining Commons Will Offer Take-Out for Ramadan
April 26, 2018 at 1:18 am by Tamari Dzotsenidze 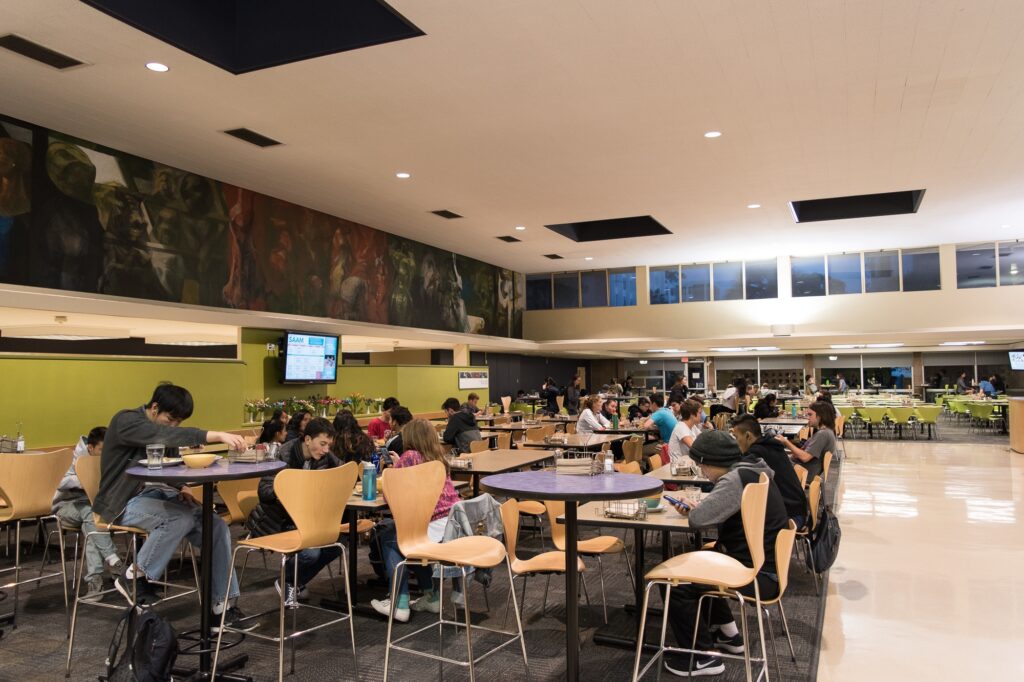 Those who choose to take two meals will be given two boxes. “We wanted flexibility for people,” said Jill Horst, dining director of Housing, Dining, and Auxiliary Enterprises. Irene Chen / Daily Nexus

Ramadan takes place during the ninth month of the Muslim year, in which some Muslims fast for 30 days from sunrise to sundown.

The dining commons will give students the option of taking a maximum of two meals out of the dining commons per meal period. They will be given one three-compartment takeout box and one cup with a lid.

Those who choose to take two meals will be given two boxes. “We wanted flexibility for people,” said Jill Horst, dining director of Housing, Dining, and Auxiliary Enterprises.

Horst said that setting the two-box limit took into consideration that many students may not have the space or resources to store large amounts of food.

The program has been ongoing for several years, according to Horst.

Since Ramadan begins at different times each year, the holiday had fallen on summer in some years, so the university did not always need to make any accommodations.

Portola, De La Guerra and Carrillo dining commons will all offer the service.

Horst said her staff chose those three dining commons because they are open seven days a week and span all geographical areas of campus.

Ramadan is one of few holidays for which the university provides special accommodations.

“During Passover we have a Passover table, but other than that I feel that we’re able to meet the needs of our student population through our regular service,” Horst said.

Those fasting have been asked to provide their names prior to the start of the program.

Horst said this is so they can prepare for the amount of students who will need the compartment boxes.

The number of students using this program ranges from 10 to 20, Horst said.

As of Wednesday evening, she has received three requests for the accommodation, and she anticipates more students will contact her.

A version of this article appeared on p.5 of the April 26 print edition of the Daily Nexus.

What’s her contact information so that I can get in on this?