The Daily Nexus
Student Gov
Rose Ettleson for Student Advocate General
April 19, 2018 at 12:01 am by Daily Nexus Editorial Board

The Daily Nexus endorses Rose Ettleson for student advocate general, a job that requires accessibility and impartiality to successfully represent all students on the UC Santa Barbara campus. 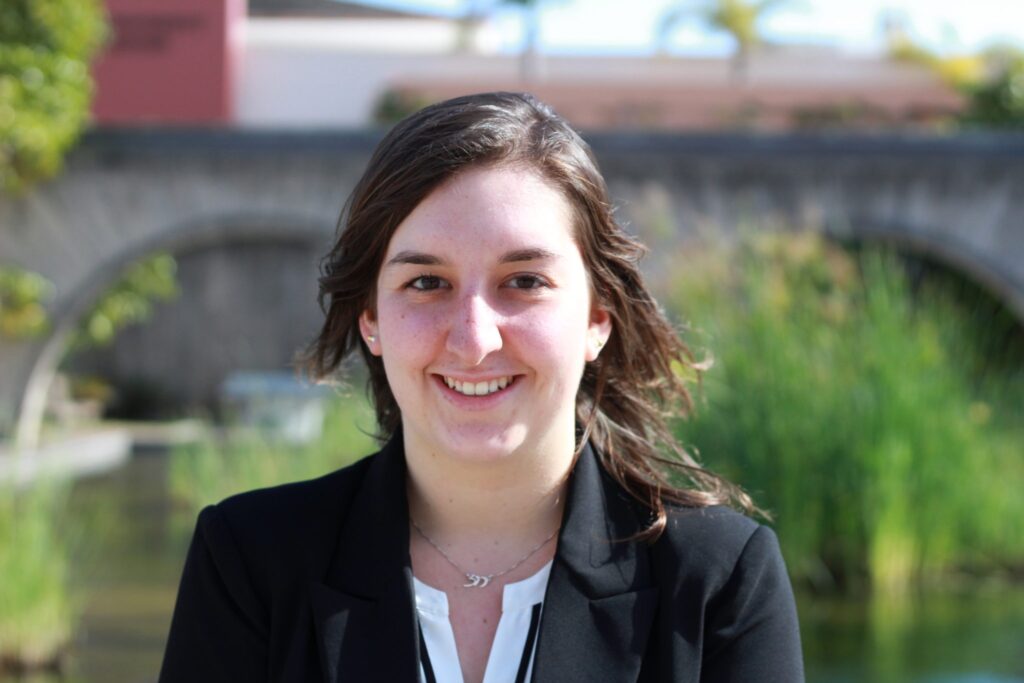 If elected, Ettleson wants to improve the office’s outreach to make students more aware of the services available to them. Jose Ochoa / Daily Nexus

Student advocate general (S.A.G.), a position within the Office of the Student Advocate (OSA), works to help students who “face charges from the University in housing, academic, social conduct, and public interest matters,” according to the OSA website.

Ettleson, an independent candidate and third-year film and environmental studies major, currently works as the OSA chief of staff with the current S.A.G., Jack Tannenbaum.

The Nexus endorses Ettleson with the expectation that she will continue her work in the office in a responsible manner, placing students’ rights at the forefront of the office’s work.

Ettleson is running on a platform of “putting the job first,” as expressed during the S.A.G. forum on Monday. She described the role of S.A.G. as “complex” due to the confidential nature of the cases the office handles, but said she would be as transparent as possible.

If elected, Ettleson wants to improve the office’s outreach to make students more aware of the services available to them. Her first project would be focused on possibly creating a database organizing outcomes of previous cases, which would help with future cases, she said.

Ettleson’s only opponent in the S.A.G. race, Grecia Martinez, advocates for improved outreach and communication with organizers to learn about students’ rights, rather than the current S.A.G.’s use of polling.

Martinez’s platform offers a vision of inclusivity and outreach which Ettleson could benefit from adopting; however, Ettleson’s focus on impartiality is a critical point of the S.A.G. position, an issue from which candidates should not waver.

The S.A.G.’s role as an impartial advocate for the rights of all students, regardless of diversity of opinion and background, is critical in defending the basic freedoms that students have as listed in the Student Bill of Rights in the A.S. Legal Code.

Ultimately, the position of S.A.G. necessitates objectivity and the Nexus hopes that, if elected, Ettleson will perform to these standards.

“regardless of diversity of opinion and background” lol. She is very open about how liberal she is and how she is against conservatives on this campus. I can promise she will not represent people who don’t hold her same far left ideology.

Fortunately, the vast minority of people on this campus are politically conservative, so if she doesn’t represent them then she’ll be representing the majority well!

Retard. The whole point is to protect the rights of the minority

Conservatives deserve to burn in hell honestly, they should all be kicked off campus for being disgusting loser neckbeards

and by the way, Ettleson doesn’t support the R word. Fucking asshole.

Something special about Rose Ettleson that would make her a great Student Advocate General that you are clearly not deserving of, is that she is passionate. I am confident that negative comments such as these will not impact the strong performance that Ettleson is possible of. Yes Rose may be liberal, but no where in the article above does it mention she is against conservatives? You know what they say about assuming right? Good, just checking. In regards to your last comment, don’t make promises you can’t keep.. because I am POSITIVE Ettleson will do her best to represent all… Read more »

its rose didnt u read the article