The Daily Nexus
Student Gov
Mayela Morales for External Vice President for Statewide Affairs
April 19, 2018 at 12:01 am by Daily Nexus Editorial Board 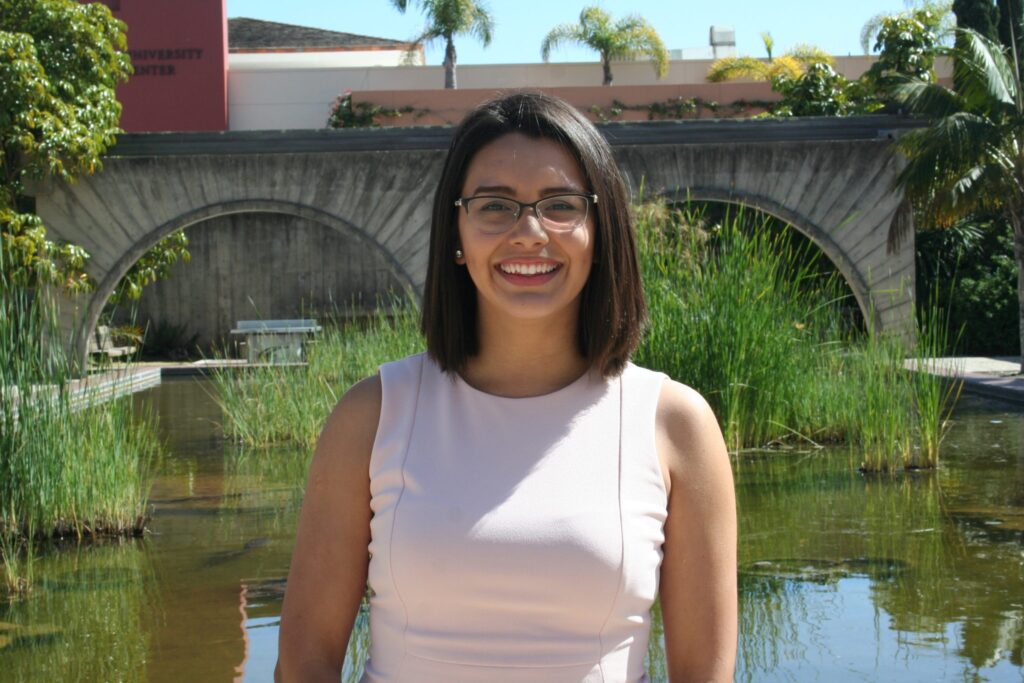 Morales has experience working with Lobby Corps and arranging lobbying trips though she does not address the issues with lobbying, such as a lack of preparation and the effectiveness of the trips, like her opponent Madeline Loudon. Tamari Dzotsenidze / Daily Nexus

Morales’s platform includes addressing the rising costs of higher education, increasing outreach to students and uplifting groups in the community who may feel they lack representation.

To address college affordability, Morales has served as the legislative outreach director for the Coalition for For a Better UC and has worked on Assembly Bill 3153, which would extend the Cal Grant through the summer sessions.

She said she has also worked with Monique Limon to address food insecurity on college campuses.

Morales takes a refreshing approach to resources for students and affordability and is focused on including students that do not qualify for benefits or come from out of state.

“Not all students are eligible for these kinds of programs including out-of-state and undocumented students, and yet we are still required to pay these student fees,” she said.

Morales has experience working with Lobby Corps and arranging lobbying trips though she does not address the issues with lobbying, such as a lack of preparation and the effectiveness of the trips, like her opponent Madeline Loudon.

Morales has served within USSA, giving her experience as a representative of the university, specifically within marginalized groups.

While both Morales and her opponent have acknowledged their respective privileges and emphasized the importance of letting marginalized groups speak for themselves, Morales specifically addressed anti-blackness within the USSA and the UCSA.

“I know what is good about [USSA] and I know what is bad, one of those things we have to work on in both spaces is getting rid of the anti-blackness that a lot of students have faced,” Morales told the Nexus.

Her experience working with El Congreso and in the Student Activist Network gives her a more diverse background, and the Nexus believes that her many ties to student groups on campus will allow for increased outreach and mobilization.

It is her conviction and breadth of experience that make her the best candidate for EVPSA.

Good call, who is Madeline?

And…. that’s the sound of the Nexus losing all credibility.