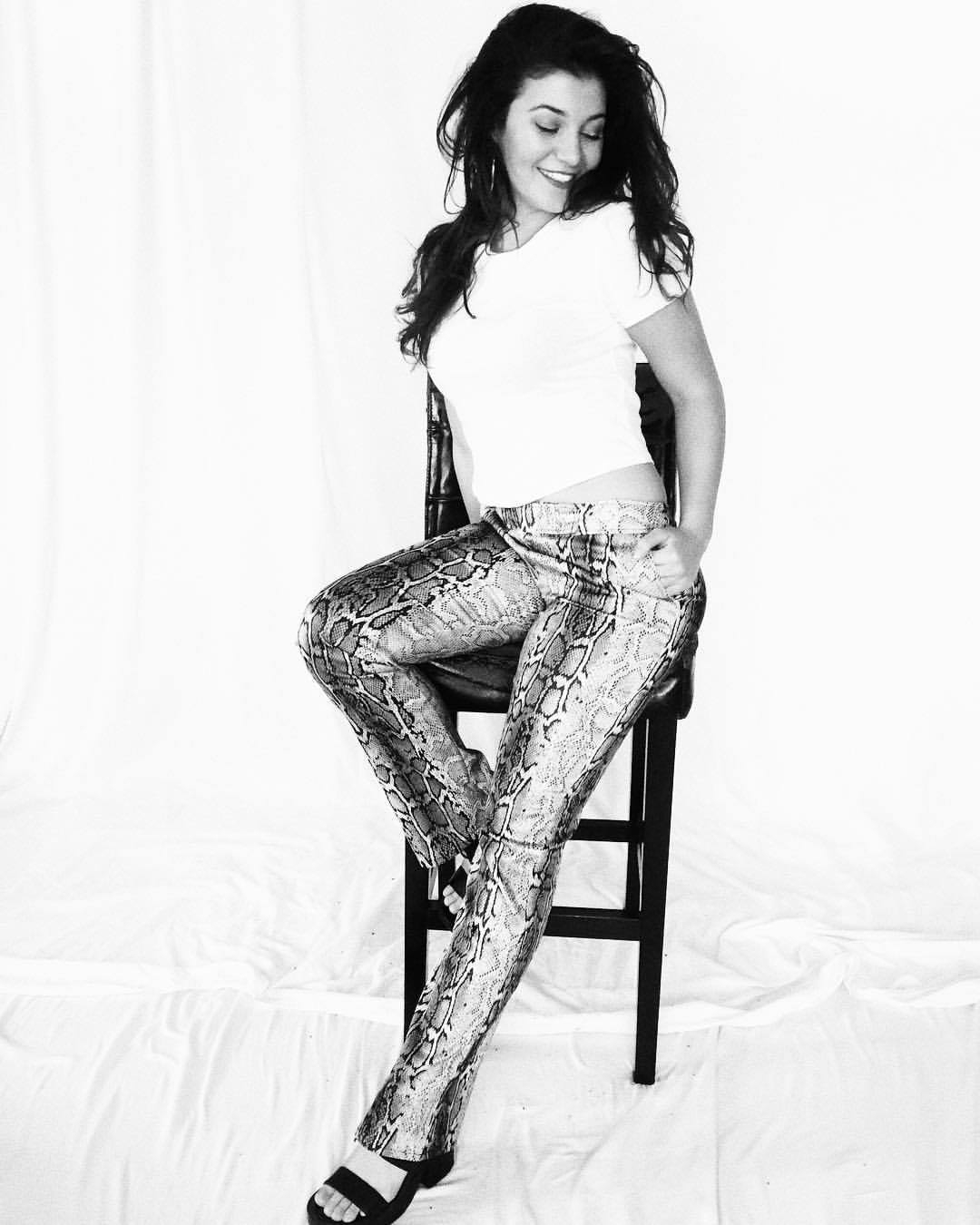 Sitting at Cajé with a pack of friends, accompanied by an open laptop, third-year Julia Feldman might seem like a typical college kid, and on some levels she is. She studies, has an internship and frequently worries about her future. But Feldman isn’t just concerned with finding the perfect job in the right city like some of us might be. Through her pursuits of music, feminism and environmentalism, Feldman is trying to save the world.

At age 17, Feldman found herself at the UN Commission on the Status of Women in New York, representing a new generation of young women making a splash. Invited for raising thousands of dollars for the Malala Fund in her high school club, Girls Learn International, Feldman recalls feeling empowered by her company in New York.

“To be around so many women from all over the world who would go to such great lengths for their rights and for the women of their countries, it was really beautiful,” she explained.

A singer-songwriter since the seventh grade, Feldman wanted to use this inspiration to compose a record offering support for women and girls. Out of this desire came “Wolves,” a blistering, rocked-out anthem that encourages women not to withhold their ambitions because of anyone else. “It’s about how no matter what you do or what you say or wear, you are doing it for yourself… And there’s a whole squadron of women standing behind you,” said Feldman.

Performing the song with her band BNTLY, “Wolves” became a crucial piece in helping the group land a distribution deal with Bungalow and Universal. Now, with shows planned around established clubs across Los Angeles and five more singles coming out this year, BNTLY is quickly emerging as band that’s here to stay. 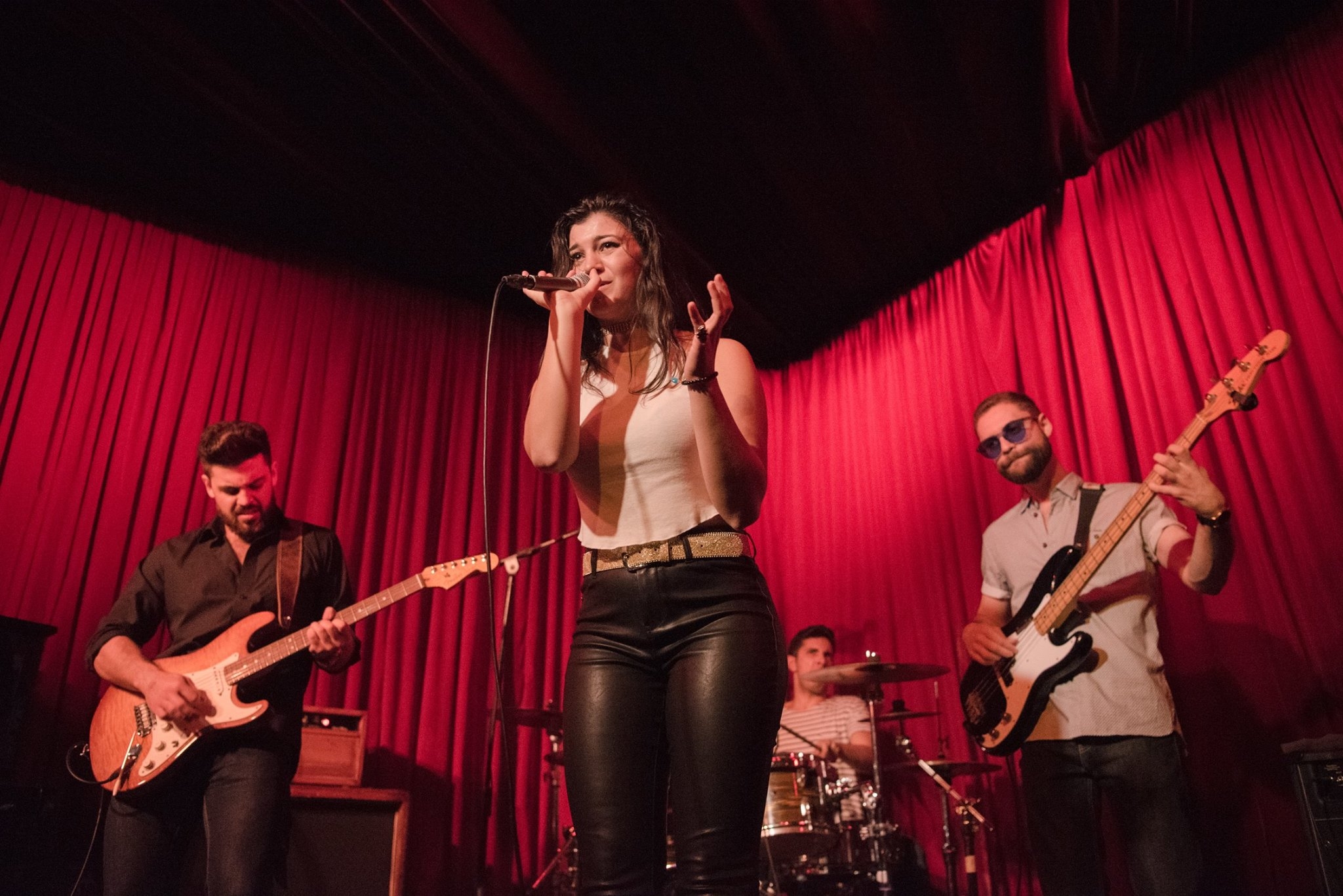 Yet, BNTLY and feminist activism only make up a portion of Feldman’s activities. In addition to writing and performing music, Feldman is a passionate environmental studies major at UCSB. She is currently an intern at the sustainability program on campus, leading the organization efforts of the California Higher Education Sustainability Conference, which will host thousands of students from college campuses around the country later this year. Additionally, Feldman runs a blog discussing fashion and how it relates to sustainability and health. Although music is Feldman’s first priority, she is open to pursuing environmental activism as a backup career.

This work ethic and diversity of interests does not go unnoticed: “Julia is a mixture of warmth, love, generosity and compassion while also being one of the most determined, focused and hardworking people I know,” said housemate and third-year art major Pilar Herrera. “She is a glass-half-full kind of lady and isn’t easily discouraged.”

This view is echoed by her brother and BNTLY guitarist Adam Feldman. “She has always been able to multitask at a high level, and it’s no surprise that she is able to handle school, work, music and life, period. That’s just always been Julia,” he explained.

The children of a singing and accordion-playing mother and a multi-talented musician of a father with ties to the industry, the Feldman children began their musical education in the Valley of Los Angeles from a young age. “[Our parents] decided that my brother and I would learn an instrument no matter what,” said Julia. “They started us with guitar, but then I found out I could sing, so I really took off with that while Adam took off with guitar.”

Naturally, the two began writing songs together. When Adam was 13 and Julia 11, the two started sitting down together to collaborate. What started out as a way to kill time at home quickly progressed into a serious hobby within the first year. Years later they’ve refined their writing process, collaborating as the main songwriters for BNTLY.

“Our process is super organic. No frills, no nothing,” said Adam. “One of us has an idea, whether it be melodic or lyrical, and we just build the song from the ground up, lyrics and music at the same time so they fit perfectly.”

Listening to BNTLY, this process can be easily traced. On “Wolves,” Julia’s soulful vocals weave around the same melody as Adam’s roaring, wah-wah guitar riff. Adding tricky licks and vocal runs, Adam and Julia add a layer of complexity to the seemingly rudimentary foundation of the song.

The Feldman siblings also credit their musical prowess to their father’s teachings on various musical genres. “He would drive around and give us little music history lessons,” said Julia. “We would start out in the ’60s with classic rock, blues and funk.” Julia acknowledges that these early lessons helped her hone the style of her biggest influences, which include Chaka Khan, Stevie Wonder and Sly and the Family Stone.

Adam also believes that the fact that Julia wasn’t just focused on vocally driven pop music is what makes her so fun to listen to and collaborate with. “She understands that she is a part of a larger entity, making for a much more cohesive sound over all,” Adam elaborated. “It is a type of musical maturity that some vocalists never get to in my opinion.”

Constantly exploring new ways to empower women and improve her abilities as a singer, Julia is looking to diversify her influences by looking at more female performers. Julia has taken a liking to neo-soul and praises the work of the female artists Kehlani, H.E.R., NAO and Lianne La Havas. Julia has even made a point of covering female artists in Isla Vista including a scathing rendition of Amy Winehouse’s “Valerie” with her old band Poster Child. 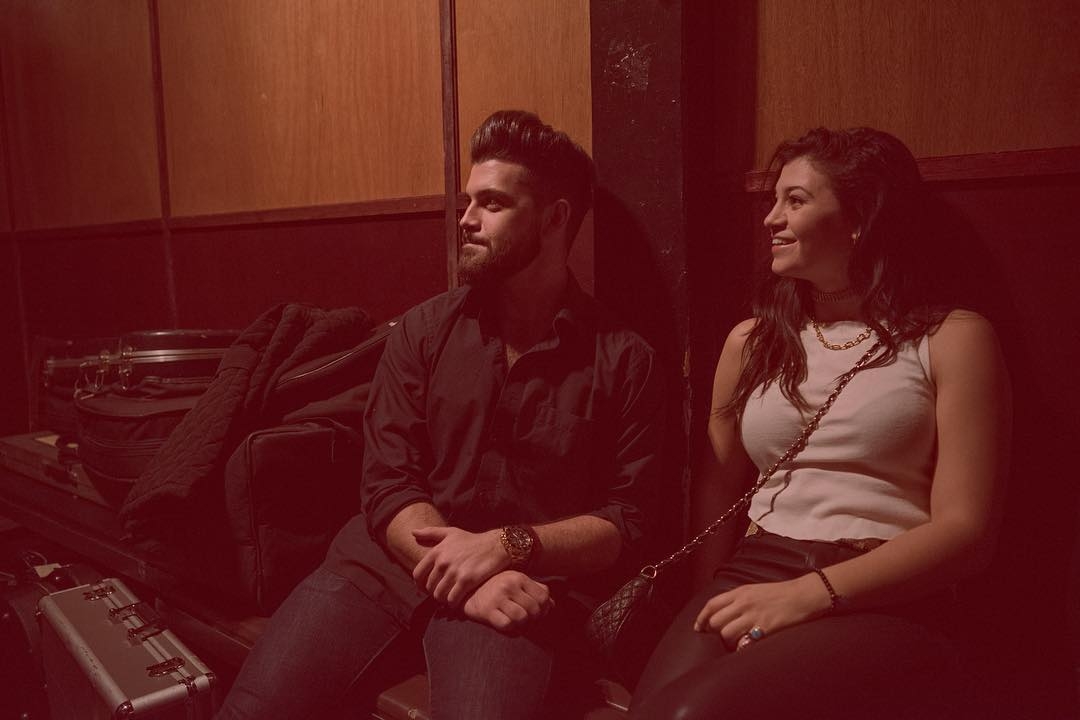 While two of the band members of Poster Child have since graduated and moved to San Francisco and Los Angeles to begin professions in chemistry and accounting respectively, Julia fondly recalls the Isla Vista music scene. “One time spring quarter we played at my drummer Shane’s backyard on DP. We pushed two beer die tables up against the fence, and that was the stage,” said Julia. “We used to pack his backyard with people, and others from the street would come and listen. I talk to friends who go to college in other places, and they can’t do anything like that.”

It is likely, however, that Julia’s passion for music and her endeavors in environmental justice and gender equality might not be able to co-exist forever. “It is interesting hearing about how her busy-ness is split between two different identities, that of a student and that of an aspiring musician,” said Herrera. “For how much she is doing, and given that I see a lot of the behind-the-scenes-Julia, her work ethic and positive attitude are seriously so impressive.”

Despite constantly seeming to exhibit this positivity, even Julia feels the pressure of the future. “I’m so scared that I’m going to wake up when I’m 30 and have this job that I don’t care about and just be like, ‘Oh my god what happened?’”

For now, Julia has one primary goal, common through each of her interests: She wants to make a change. “I feel some of the heavy shit in the world,” she said. “I just want to have a purpose and leave a mark in a positive way.”

A beautiful piece about a BEAUTIFUL girl. Julia, you are glowing with altruistic ambition. Xoxo