The Associated Students Queer Commission hosted this year’s Pride Week at UC Santa Barbara which included a drag show at Campbell Hall. Below our photographer captured some of the scenes, including  the winner of “RuPaul’s Drag Race” in 2018, Trixie Mattel. 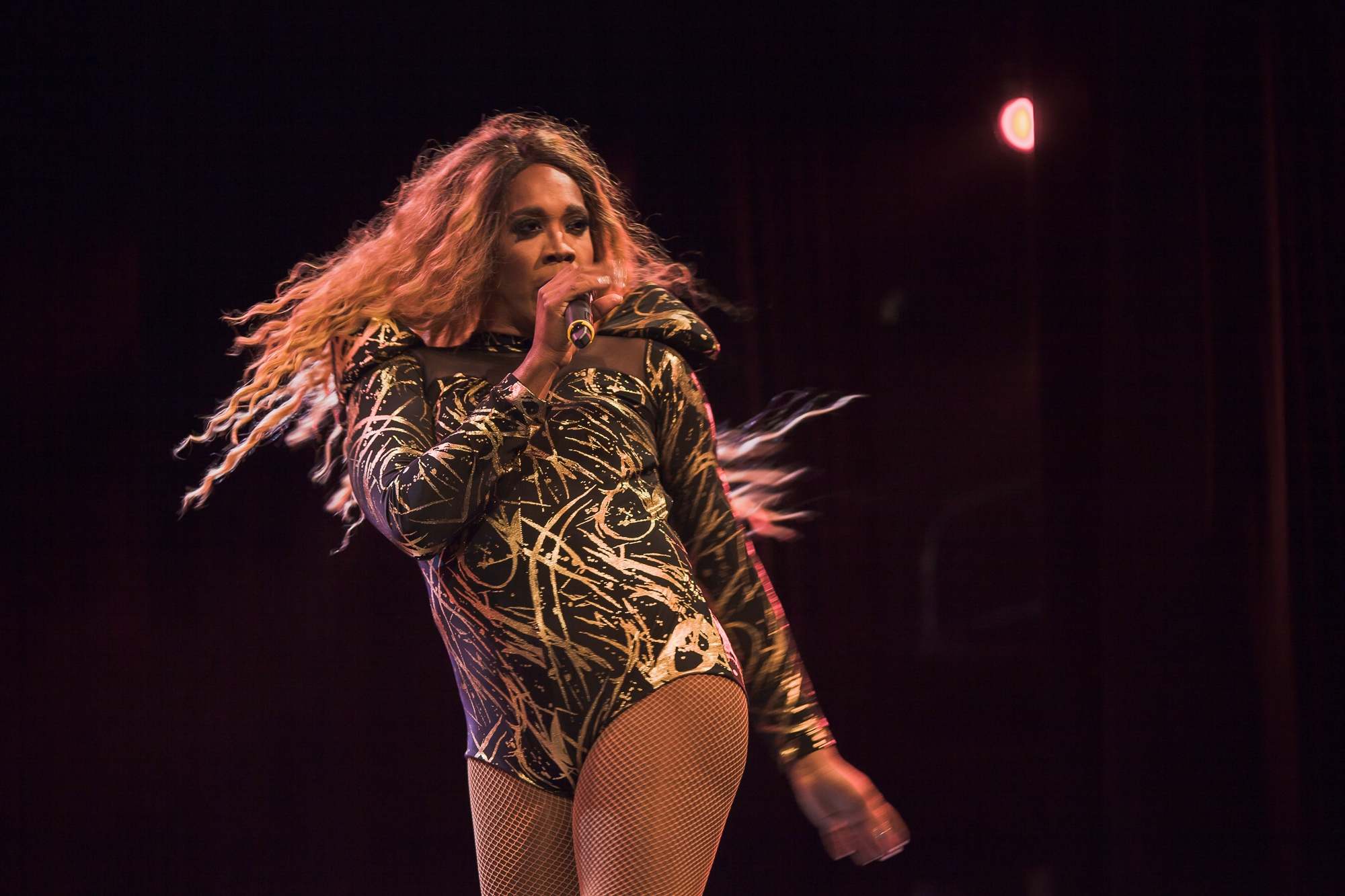 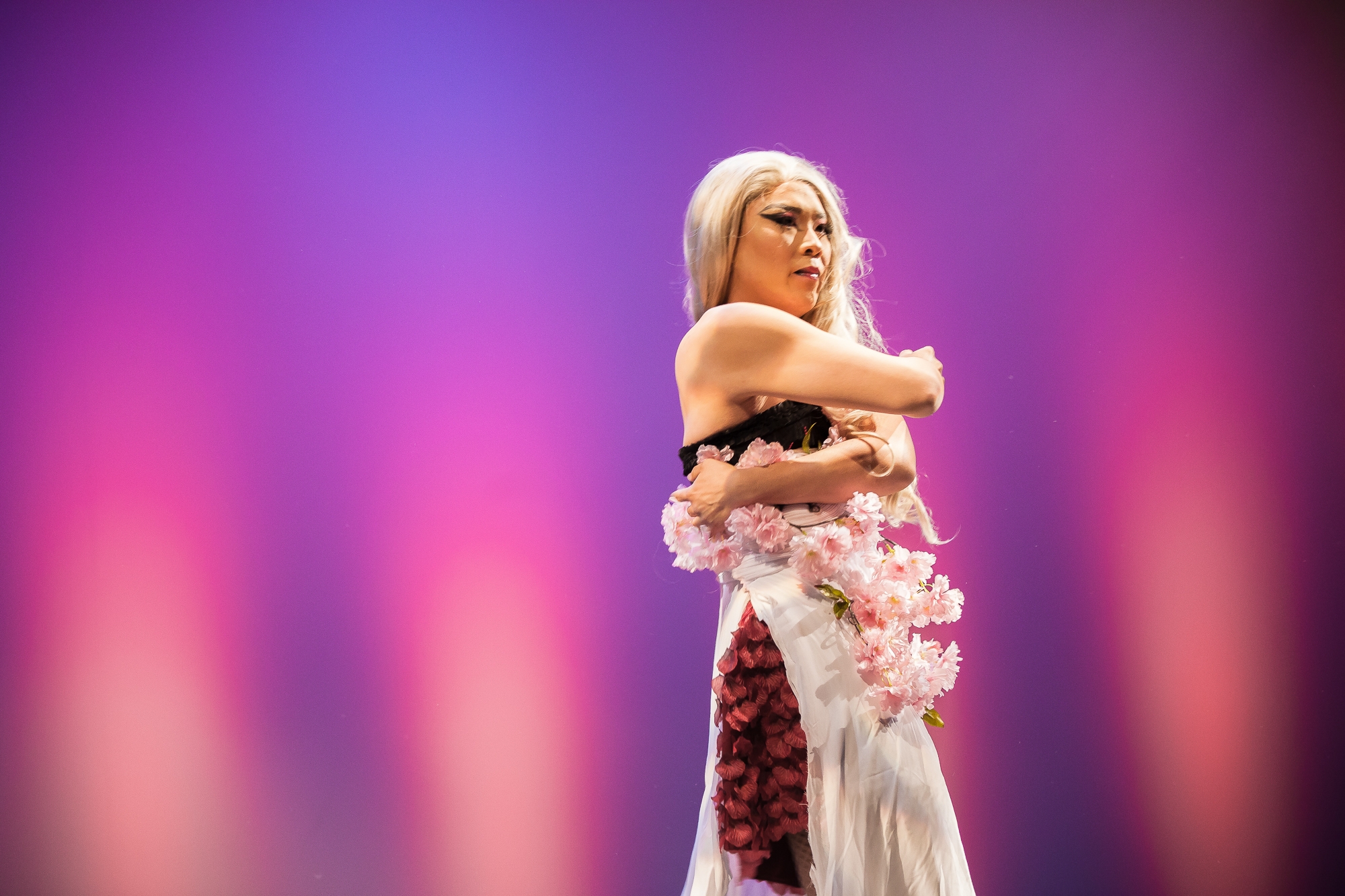 Honoring Lady Gaga’s song “Marry The Night,” this drag queen changed from a wedding dress to a punk outfit underneath. 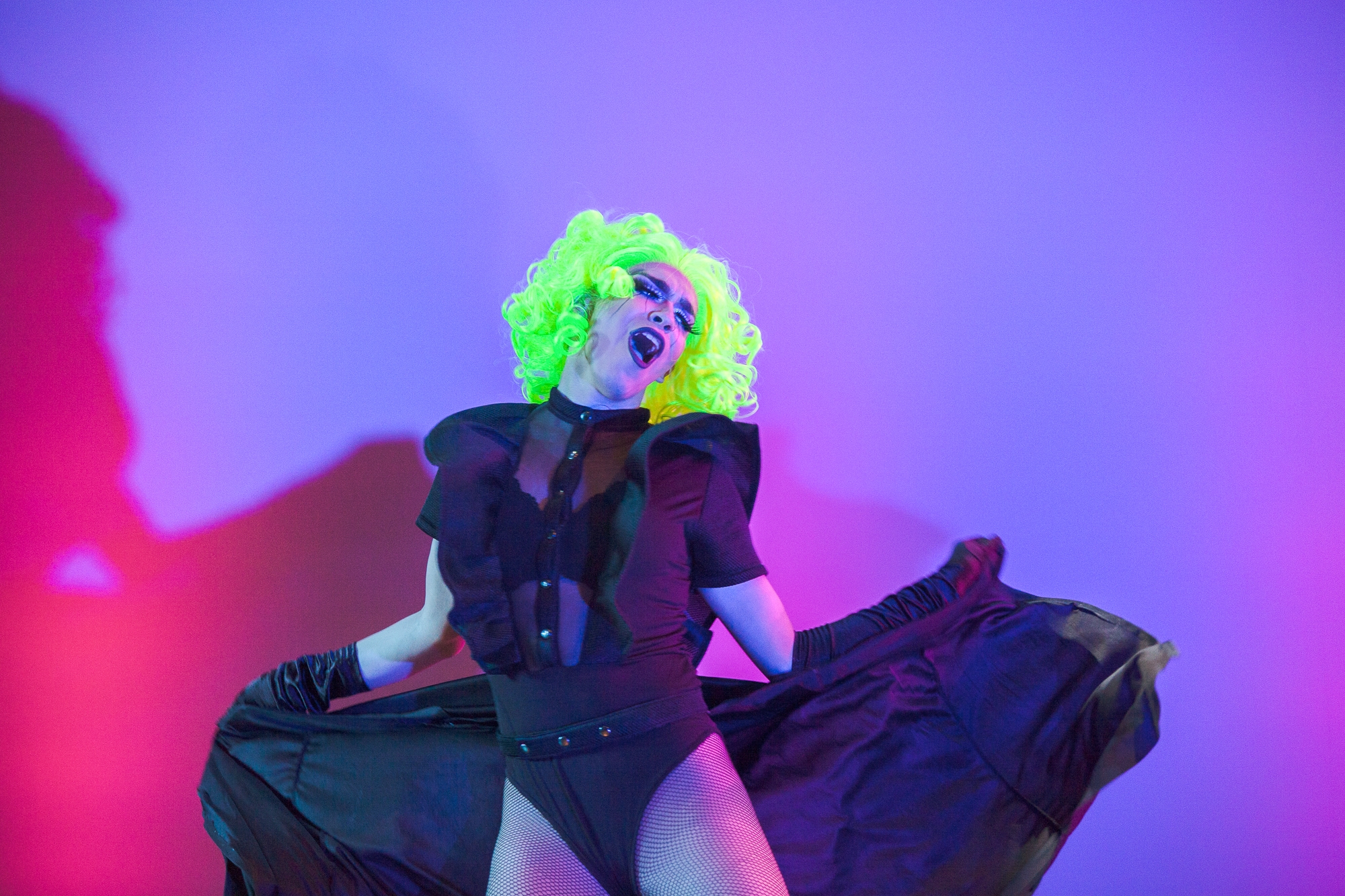 From make-up to outfit, this drag queen honored Halloween with an electric green wig and sexy leotard. 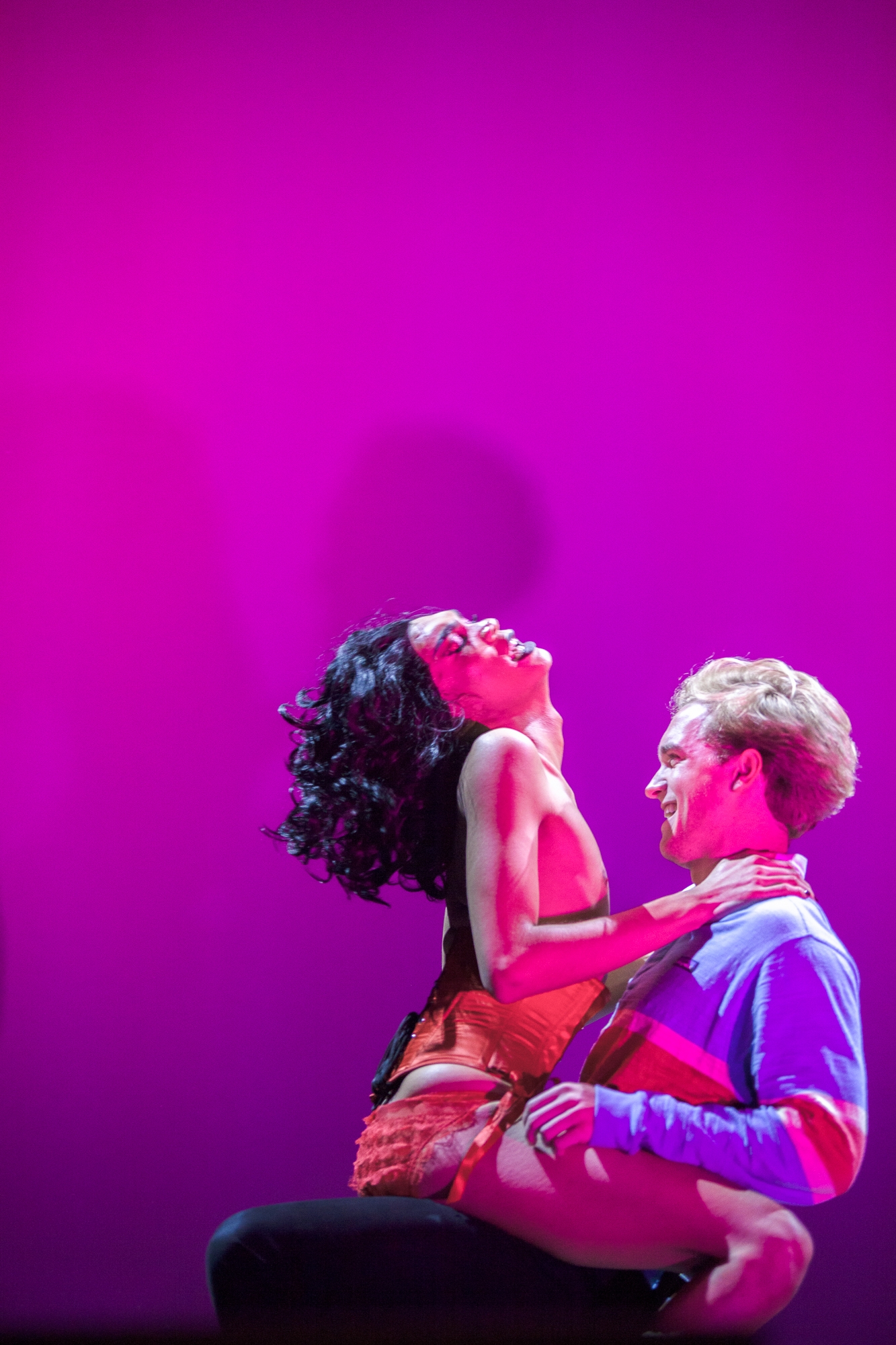 The drag queens invited audience members to enjoy their essence up close and personal. 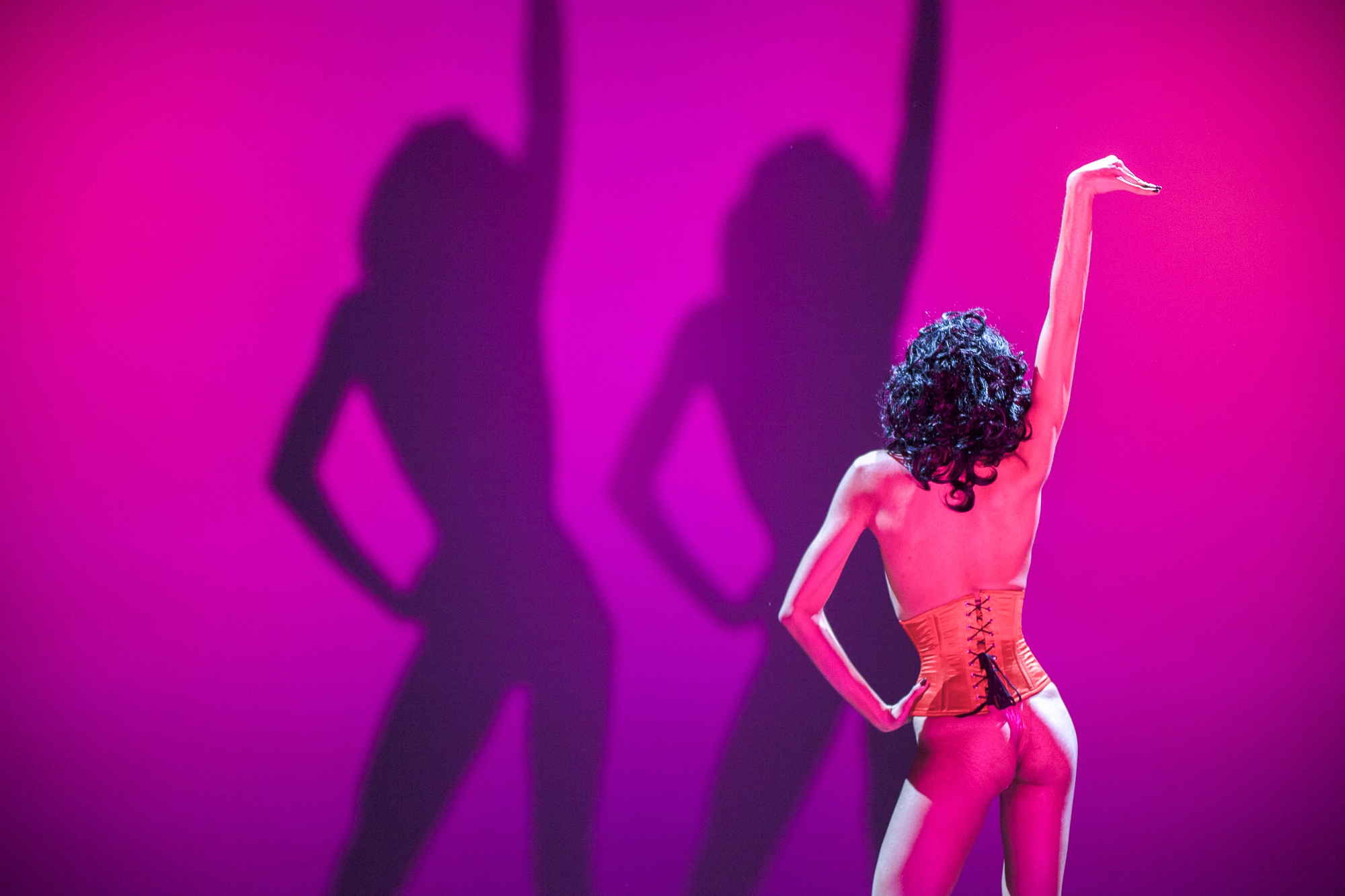 With the room heating up, one drag queen decided to strip down to a corset. 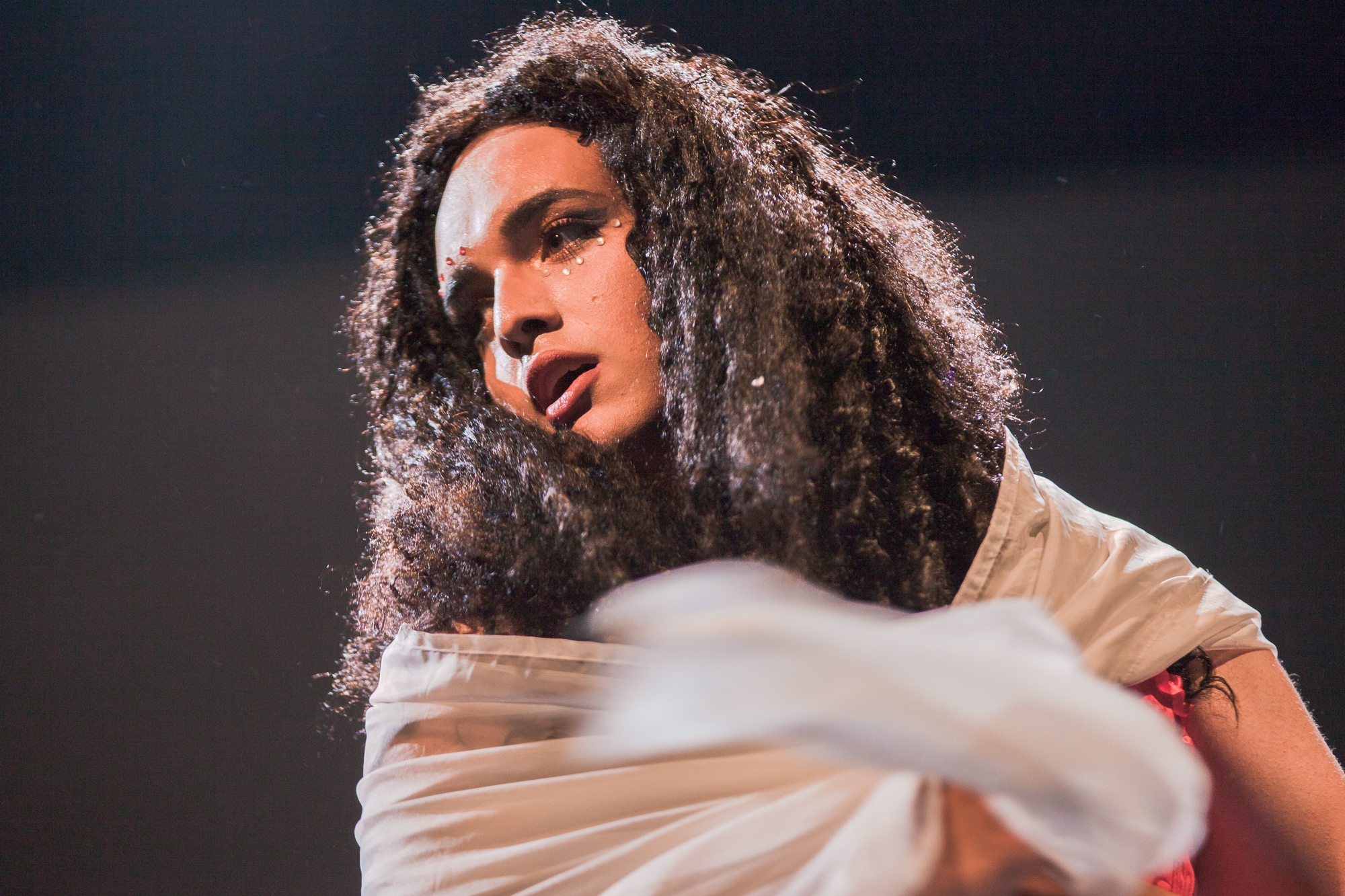 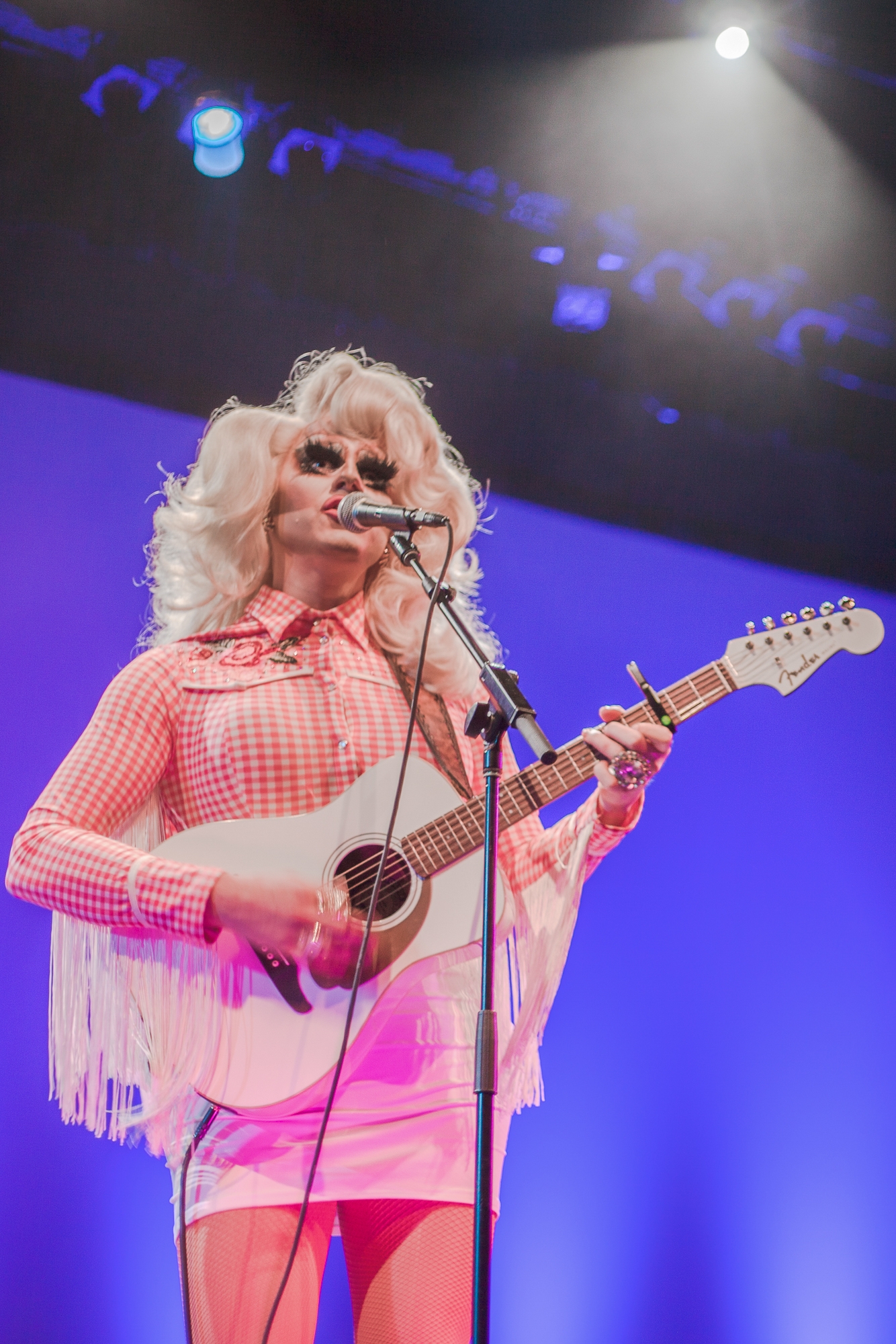 Trixie Mattel, winner of the seventh season of RuPaul’s Drag Race in 2018, was well-loved by the crowd for her hilarious jokes and riffs on popular songs.

At the end of the drag show, all of the kings and queens took their last bow together.