Like many people out there, my first interaction with the music of alt-J was hearing “Breezeblocks” on my local alternative rock radio station back in 2012. Soon after that, “Left Hand Free” came out, and this trio proved they were more than mere one-hit wonders; they were an alt (no pun intended) force to be reckoned with.

Since their emergence into the world of music six years ago, alt-J has grown from a small college band in Leeds to an internationally known indie sensation admired by many. They reminded the people of Santa Barbara of this exact thing on Monday when they performed with special guest Børns at the SB Bowl for a night of fun, hipster bliss. 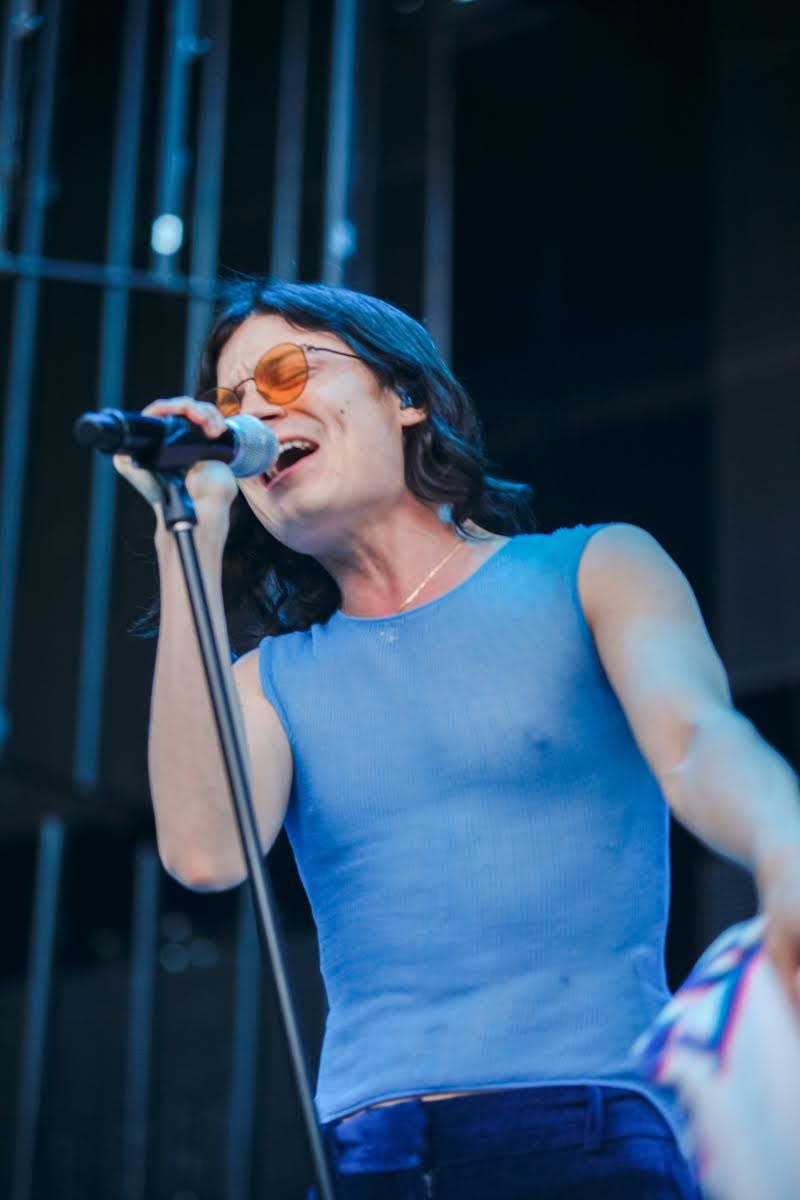 Kicking things off right at 7:20 p.m. on the dot, singer-songwriter Garrett Borns jumped out from backstage and began with the first song of the night, “God Save Our Young Blood.” Sporting an monochromatic all-blue outfit, it was clear parallels were being made between the title of his newest album Blue Madonna and his interest in fashion as well. The unique and sophisticated style of Børns has even caught the eye of Gucci creative director Alessandro Michele, who often supplies his wardrobe for major events like Coachella and music video shoots.

As people made their way to their seats, Børns continued dancing across the stage and singing his soft pop-rock hits, each with more fervor than the last. It was during this time that die-hard fans of his made themselves apparent, as they begun to spring from their seats and caper in both the seated and general admission sections. Because of the time limit on his set, Børns sped his way through the first two-thirds of his set list by cutting out certain verses and choruses to reserve time for his other better-known singles.

Once he brought out the guitar for “10,000 Emerald Pools” and begun strumming, everyone around me seemed to raise their heads in recognition and finally allowed themselves to join the surrounding excitement. Following this song were a couple others like “We Don’t Care,” “Sweet Dreams,” “Faded Heart” and finally the song that put him on the map: “Electric Love.” It was during this song that he picked up the guitar once again and invited the audience to sing the beginning harmonies along with him.

While the headliners of this show were alt-J, it was quite clear that this crowd would now be leaving the SB Bowl with a new appreciation for the music, style and stage presence of a very Mick-Jagger-esque Børns.

Although it was obvious that an alt-J concert would attract all the local hipsters here in Santa Barbara, it was quite interesting to see the diversity in the age of audience members. This further reinforces the likeability of alt-J, as they’re able to appeal to almost anyone — Glenn Howerton, better known as Dennis on “It’s Always Sunny in Philadelphia,” was even there showing his support and admiration for the band as a fellow civilian concertgoer. 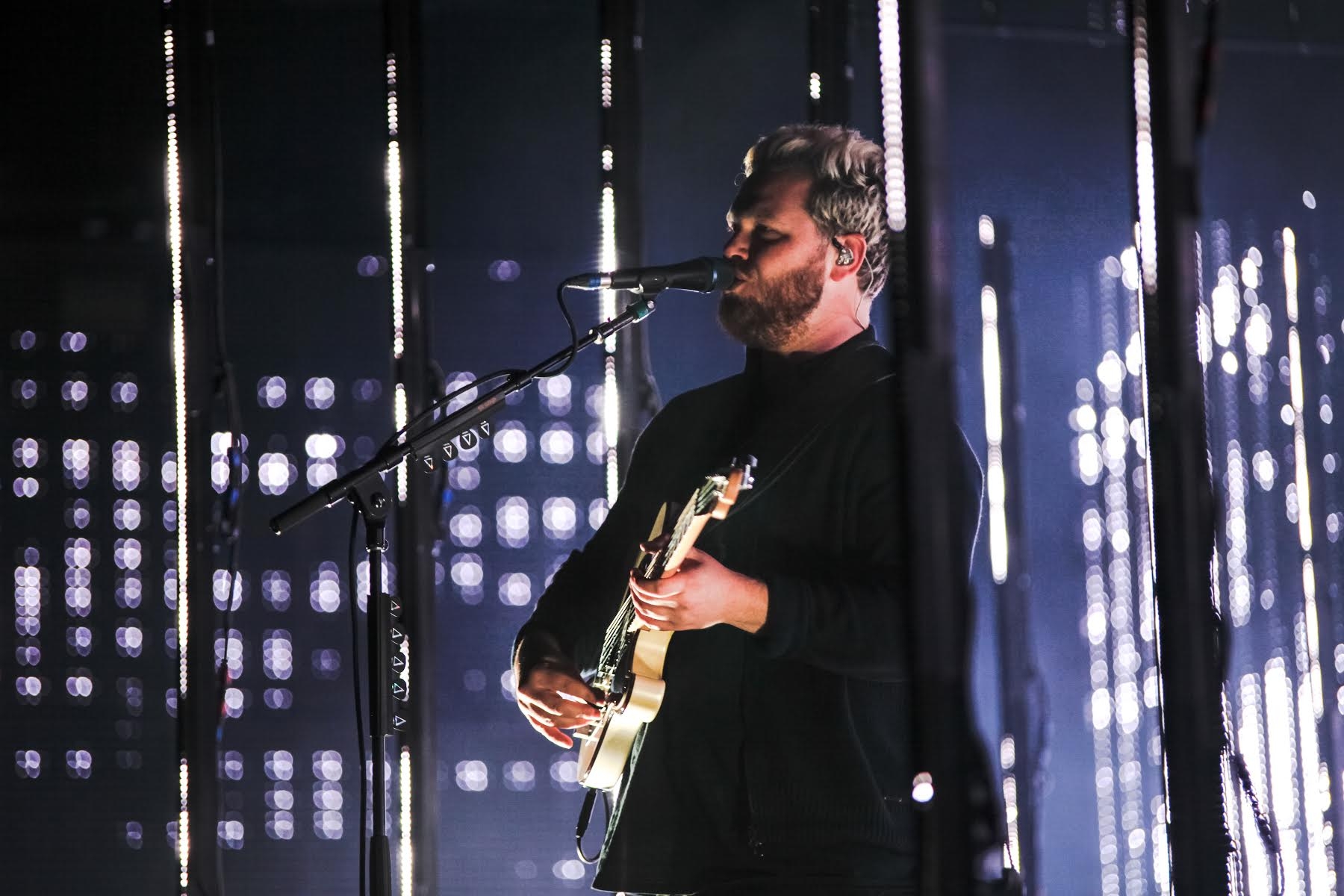 Beginning their lively set with “Deadcrush” off their newest studio album Relaxer, alt-J presented their fans with a very visually stunning stage setup and light show. From left to right was Gus Unger-Hamilton on keyboard, Joe Newman on guitar and vocals and Thom Sonny Green on drums, with each member divided by an open-knit curtain of lights that synchronized with the band’s music. Additionally, behind them was a giant lit-up triangle that the band uses as a logo since it comes from the Greek letter “delta” and represents change.

Everywhere, fans were either jumping out of their seats and belting out each word to each song or happily relaxing while they bobbed their heads along to the contagious melodies. New songs like “In Cold Blood” and “Pleader” seemed to capture and maintain the attention of the crowd; however, it was incomparable to the change in audience hype when alt-J performed fan favorites like “Fitzpleasure,” “Tesselate” and “Matilda.” It was during these songs in particular that sober and drunk fans alike were able to come together and truly express their love for the music as one coherent entity.

In an effort to wrap things up, alt-J ended their set with “Left Hand Free,” which has been played almost everywhere since its release and has since been featured in major motion picture films like “Captain America: Civil War.” This was the one that got each audience member up off their feet as they were enticed to sing along to the band’s biggest hit. All too soon though, the stage went from flickering purple and white lights to pure darkness, and everyone was left waiting in anticipation for an encore.

In the end, the boys of alt-J came back out to perform an additional three songs for their eager and beloved fans, and the show concluded with the song that made them famous to begin with: “Breezeblocks.” After a night of playing a medley of old and new songs, it was rather refreshing to see alt-J go back to their roots and give thanks to the many that have helped them achieve this level of success. If you happened to miss this spectacular show here at the Santa Barbara Bowl, both alt-J and Børns, will be playing at Weekend 2 of Coachella –– so go catch them if you can.